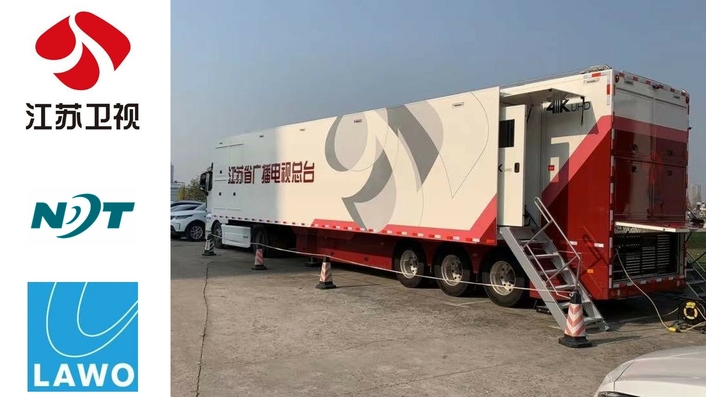 “Jiangsu TV is starting off producing in UHD with this new OB truck, and we plan to extend this method of production to our studios and master control rooms step by step”, explains a Jiangsu TV official. “Nearly all the provincial and local TV stations have followed the trend of UHD based on 4K, and now we are also moving in this direction. Lawo was an easy choice, as three of our OB vans already use Lawo consoles. The performance, reliability, and intuitive operation of Lawo equipment topped all other options, making this an easy decision.” 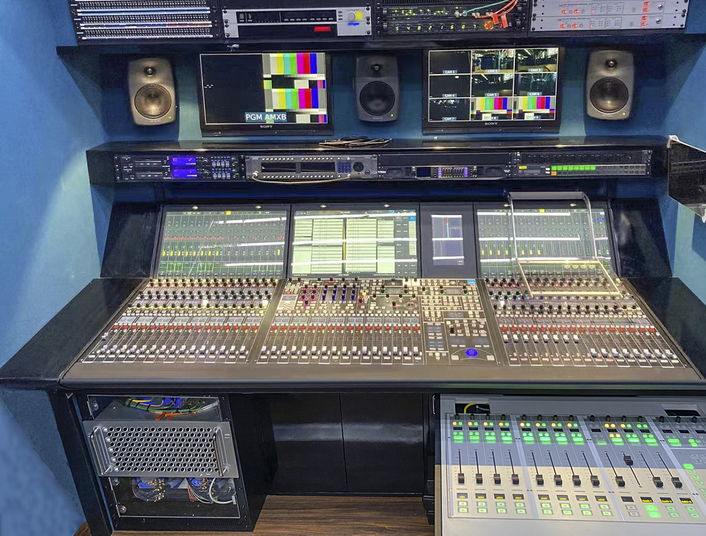 The OB truck hosts a 48-fader Lawo mc²56 audio production console as the main desk, its advanced processing and routing core providing 256 DSP channels, a capacity of 5120x5120 mono channels, 12 RAVENNA ports, 8 MADI ports and 32 AES inputs and outputs on both D-Sub and BNC connections. Compact, flexible and versatile, the mc²56 is optimized for today’s IP-video production environment, designed from the ground up for networking in complex production infrastructures. It has full native support for SMPTE 2110, AES67 / RAVENNA, DANTE and MADI audio streams, and incorporates Lawo’s LiveView™ technology to display thumbnail previews of associated video streams on the faders, enhancing user accuracy in fast-paced production situations. 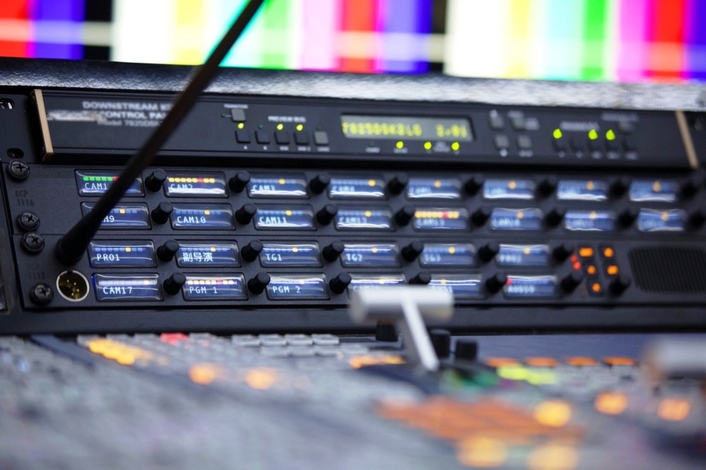 The 12-fader ruby broadcast console is utilized as backup desk for the entire audio system. Two integrated stageboxes – an A__stage 64 with 32 Mic/Line-in and 16 Line out, plus 8 AES in/out and GPI in/out, and MADI I/O, is paired with an A__stage 48 stagebox that’s identical to the A__stage 64 but with 16 Mic/Line-ins. This combination allows great flexibility in integrating signal communications.

The award-winning ruby console has become a favorite of broadcasters worldwide thanks to its sleek, uncluttered design and ability to easily adapt to changing workflows. An adjacent touch screen allows operators to control various features of the ruby mixer using Lawo VisTool, an advanced vector-graphic GUI that gives easy access to mixing, EQ & dynamics controls, and other software features via intuitive graphical controls. The ruby mixer controls a state-of-the-art Lawo Power Core mixing engine, a 1RU DSP devices with the ability to handle large amounts of analog, digital and AES67 networked audio sources.

He Fangming, Chief Representative in Lawo’s Representative Office in Beijing says that Lawo’s steady commitment to Jiangsu TV has resulted in a rewarding partnership. “With the experience gained from their previous OB vans, built in 2010, 2014 and 2016 and fitted with mc²66 and mc²56 consoles, Lawo earned a lot of trust, so that Jiangsu TV was ready to take the next technological step with Lawo. Lawo’s RAVENNA-based state-of-the-art audio solutions fully support ST2110, allowing direct integration with the 4K video system that avoids the previous need to bridge AES audio between the audio and video systems using a COTS switch as central router.” 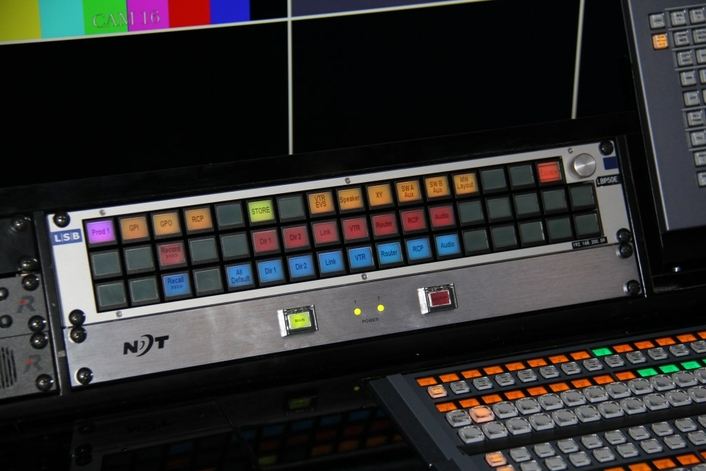 Appropriately enough, Jiangsu TV brought in the new year with their new OB truck, utilizing it to produce their live coverage of Chinese New Year’s Eve in 2020 — a “baptism of fire” that successfully proved both concept and construction. According to He, “Building a true and elegant IP system by skipping a lot of cables and racks is a major benefit for the customer. This saves space in the OB van, but more importantly it merges the video system and audio system more closely by adopting the IP concept.”

Lawo designs and manufactures pioneering video, audio, control and monitoring technology for broadcast, performing arts, install and corporate applications. All Lawo products are developed in Germany and manufactured to the highest quality standards at the company’s headquarters in the Rhine-Valley town of Rastatt, Germany.

In 2020 Lawo celebrates 50 years of engineering the future. Founded in 1970 as an engineering office with a focus on audio and broadcast, the privately-owned corporation grew into an industry-wide accepted innovator who continues to actively shape the future of broadcast and media production.