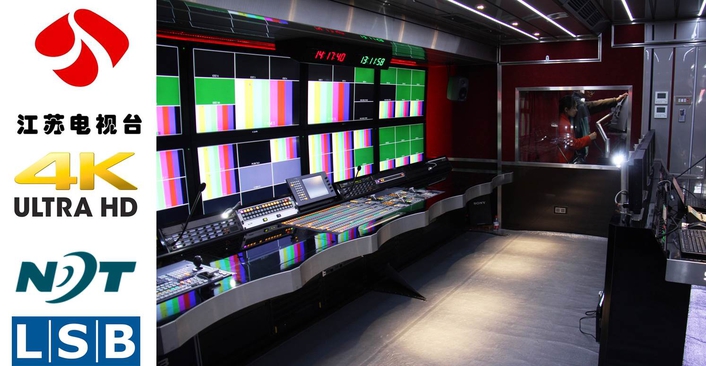 2015 sees the start of a new era in China. China-based Jiangsu Broadcasting Corporation is the first company in China that has a 4K OB Van available. The JSBC 4K is a 24 camera, double-side expansion, OB Van that works in full 4K and offers up to 29 workplaces. Entirely the OB works with 16 HD cameras, 4 4K cameras plus 4 wireless cameras. Coach builder ASGB and Sony China Professional Systems Group together with NDT Group, worked jointly together to develop a modern OB Van with state of the art 4K technology. This new OB Van enables JSBC for all future productions during and after the transition process to 4K.

L-S-B Broadcast Technologies from Germany teamed with local partner NDT to implement VSM as the overall control system in JSBC 4K. VSM is running on two separate servers in master-master configuration, using VSM’s unique redundancy concept for highest failure safety. A third additional server is used for monitoring gadgets using L-S-Bs own Ember+ protocol and the vSNMP application. Beyond the software based VSM panels with full touch functionality, 19 VSM hardware panels work in the OB Van to provide full control and individual configuration to the operators and EIC.

In this enormous OB Van VSM has full access to the Evertz Xenon router for crosspoint routing as well as to the Sony MVS 7000X vision mixers for control of Tally, UMD and crosspoints. In JSBC 4K two Sony MVS-7000X vision mixers are in use. One is implemented in area Production A for HD productions, the other one in area Production B, that offers additional and necessary control for 4K productions. 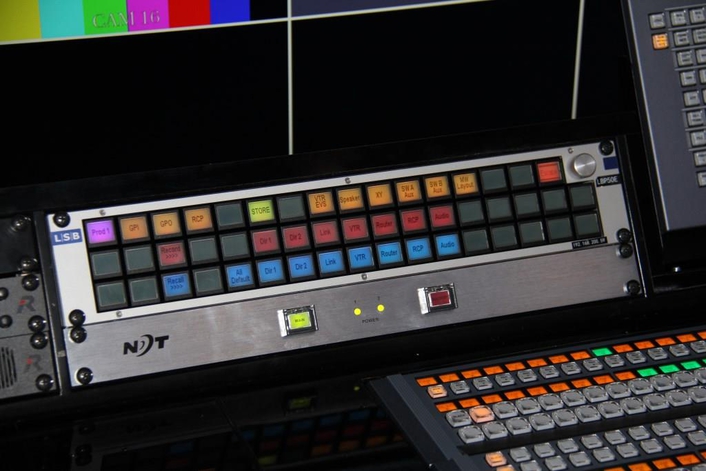 Furthermore the Riedel Intercom system, using Riedel Artist plus Riedel Mediornet, is under control of VSM for crosspoints and parameters. Additional VSM tasks include parameter control for all EVS XT3 servers and  transport control for Sony’s VTRs.

The monitor wall in JSBC 4K consists of 8 Sony LMD 42” (production A) plus 8 Sony PVM (production B for 4K) monitors together with Evertz Multiviewer systems VIPX and VIPA. Within this setup VSM has control of all Tally signals and UMDs. 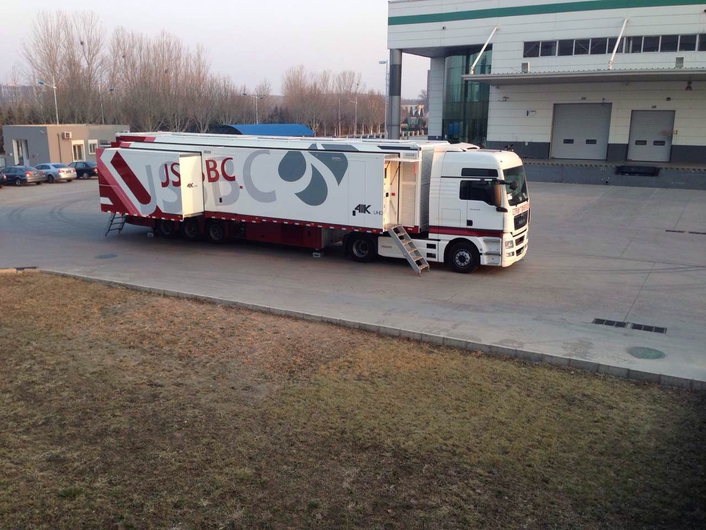 With their new 4K OB Van, in use for daily operation, VSM makes the transition to 4K easy. For Jiangsu Broadcasting Corporation productions in 4K are considered normal and VSM gives the company ease of mind. The VSM Broadcast Control and Monitoring System is flexible, scalable and works on a redundant server structure, ensuring 24/7/365 operation. With global snapshots and the possibility for individual configuration VSM offers major benefits in terms of workflow configuration and time saving.