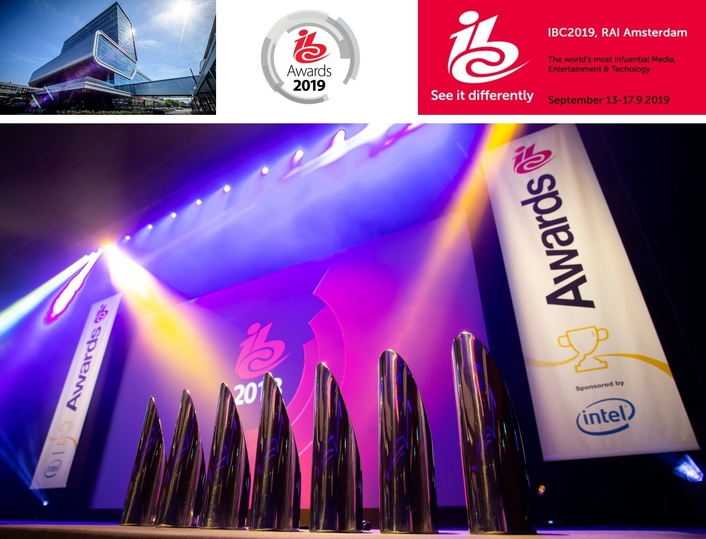 From 6K to holographic projection and from esports to the FIFA World Cup, this year’s 10 IBC Innovation Awards finalists show a clear trend towards global co-operation and remarkable advances in bringing new engagement to content.

Representing the very best of technical excellence in pursuit of real benefits for producers and viewers alike, the Innovation Awards judges were “astounded by the range of imaginative projects submitted and had some really tough decisions to make,” said Michael Lumley, Chair of the international judging panel.

“Although we never look for a theme in our list of finalists, the shortlist usually reflects the wider industry,” Lumley added. “This year you can definitely see that there are a number of projects which are global in their scale and which use new opportunities in connectivity to bring us astounding images, whether that is capturing life under the sea or the excitement of sports.”

The calibre of this year’s shortlist demonstrates that the IBC Innovation Awards are the leading recognition for the application of cutting-edge technology in media and entertainment. The Innovation Awards are unique in that they do not go to new products, but instead to innovative uses of technology, bringing new creative, operational or commercial opportunities to users.

There are three categories: the first, Content Creation, recognises excellence in creating content. The four finalists for this category are:

Anil Wanvari, Founder, CEO and editor-in-chief of indiantelevision.com, joined the judging panel in London this year, travelling from Mumbai. He commented: “The chance to sit with a group from America, the Middle East and Europe to discuss, debate and explore this extensive list of entries was very exciting.”

“What struck me most, as a first-time judge, is that the entries come from all around the world, each bringing its own unique take on how to engage with audiences today,” he continued. “Agreeing a shortlist of just 10 was really difficult. There were some ground-breaking projects which have achieved great things but did not quite make it in a remarkable year for this competition.”

While the shortlist is announced today, the identity of the winners remains a closely guarded secret until the IBC2019 Awards Ceremony, held at 18:30 on Sunday 15 September. This year IBC is introducing two new awards: the Young Pioneer Award, recognising rising talent in our industry, and the Social Impact Award, recognising those making a positive impact in the wider world. The winners of all these awards and IBC’s highest accolade, the International Honour for Excellence, will be announced at the IBC Awards Ceremony.

TV is TV - Want Good Stuff to Watch, No Matter How You Label It
THE HDR of UHD
IBC2019 Technical Papers Submission is Now Open