THE HDR of UHD 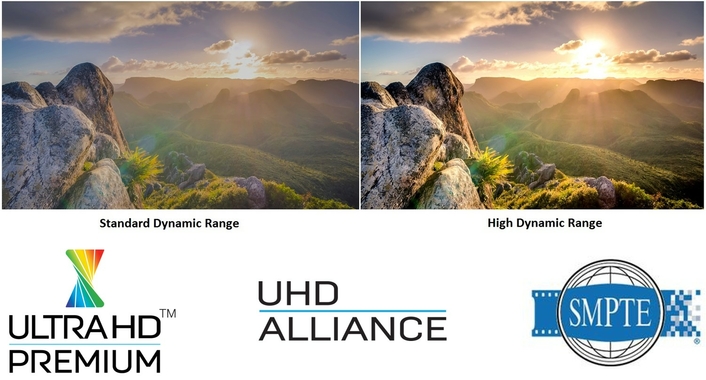 Understanding the current state of the ultrahigh-definition (UHD) ecosystem, and especially the prospects for UHD broadcast, requires “considering the relative ease or difficulty with which rapid technological advances can be accommodated across each sector in the ecosystem.”

As Michael Zink, VP of Technology at Warner Bros. Technology, a SMPTE Fellow, and Chairman of the UHD Alliance points out, the consumer electronics manufacturers are incentivized to launch new and differentiated products to satisfy retail demand and consumer interests. Most new consumer electronics can be launched independently, with functional and experiential enhancements, without coordination with all sectors of the ecosystem. “For example, an 8K panel delivering 8K resolution can be sold at retail in a market where 8K content is not yet available.”

This is part of the reason why, at every Consumer Electronics Show (CES), manufacturers routinely bring new features and technologies to the show. As Zink notes, once such technology is introduced, industry press and others can sometimes prematurely equate the more advanced technology’s availability with prospects for widespread adoption in the near term.

Conversely, the content and broadcast sides of the UHD ecosystem are driven by different consumer, retail, and economic considerations, he adds. He offers a case in point, explaining that while we live in a world where 4K/UHD has largely replaced HDTV’s at prices in reach of average consumers, there is a relatively small amount of true 4K content available to watch on those televisions. At the same time, the consumer electronics industry is now pushing out 8K as a new improvement looming on the horizon despite ongoing adoption and development of 4K.

The challenge with this approach, according to Zink, is twofold. First, it may hinder the rest of the ecosystem from making the investment and strides to fully leverage new display technology. Broadcasters and content creators have to question whether significant investments in infrastructure are merited if these investments will become obsolete within a product cycle or two. Second, it places the focus solely on resolution rather than on the suite of technologies that help truly differentiate UHD from its HD predecessor.

Thus, at the core of the UHD discussion, Zink emphasizes, is the simple notion of giving consumers a clearly improved viewing experience without requiring them to overspend or jump through untenable technical hoops. Along those lines, he argues, educating consumers about high dynamic range and what differences they can and can’t see with improved imaging technology, is crucial. 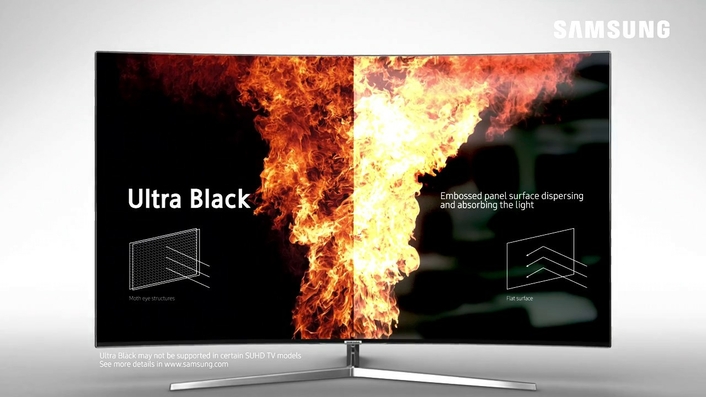 “A lot of people use the term UHD synonymous with 4K in terms of resolution,” he explains. “However, it has become pretty clear that just increasing resolution from HD to UHD isn’t really going to give the consumer a complete value proposition. It was different when we transitioned from SD to HD—then you could see the difference easily. But when we started the UHD Alliance a few years ago, I think it became clear that resolution increases alone are not representative of the full value we can give consumers.”

Ultimately, Zink believes that other display characteristics and advances, such as high dynamic range (HDR), greater color gamut, and faster frame rates, make even more beneficial contributions to the consumer experience than resolution alone. Zink says HDR, in particular, makes a more discernable difference for the average viewer than resolution changes. As such, he suggests, a proper discussion of UHD needs to include all features that contribute to the improved user experience, including HDR, wider color gamut, increased bit depth, and immersive audio, in addition to increased resolution.

“The increase in the dynamic range is very important to the creative community,” he says. “they like to be able to show detail in dark areas and specular highlights. I don’t mean where the screen is glaringly bright, but rather, where you can use bright specular highlights in order to make images feel more lifelike. Whenever you start talking about UHD, you have to encompass a number of different features, particularly higher dynamic range.” 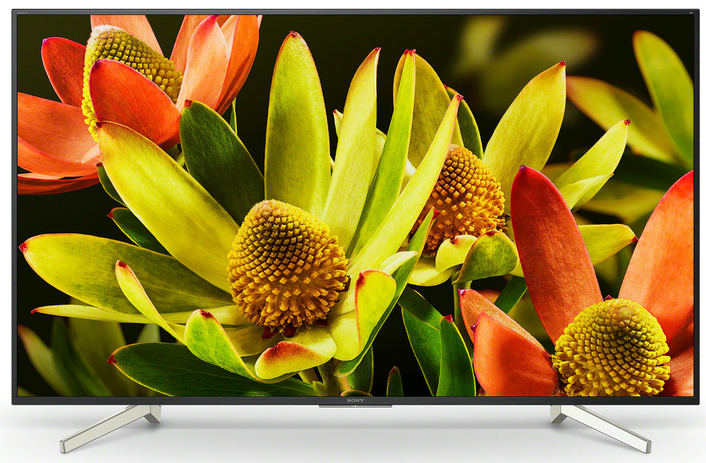 The building out of an ecosystem for the so-called UHD-1 (2160p/4K resolution) flavor of UHD, as delineated in the ITU-R Recommendation BT.2020 for Ultra High Definition, is well under way.

“Most of the puzzle pieces are there,” he says. “If we look just at 4K, everything is there in terms of content acquisition, cameras, scanners, and so on. They all do 4K, and many of them can do 8K, as well. That piece is well taken care of. And in terms of production pipelines, we have the ACES initiative [Academy Color Encoding System] moving forward, and even just in regular digital intermediate pipelines, most [modern] post-production tools are capable of handling it. In terms of 4K, we have codecs to support it. We have distribution systems and a physical disc format with Ultra HD Blu-ray. Even various streaming formats have deployed 4K, many of them with HDR, which is a really good sign.

“However, the main piece that is missing, which prevents an even faster, wider adoption, is how to use it all for broadcast. This is more of a matter of making the business case for it. We have had [sports broadcaster] HBS produce an entire FIFA World Cup in 4K, and OBS has pulled the same thing off for a lot of events at the most recent Olympic Games. So, in truth, producing broadcast content in 4K HDR is technically feasible. But broadcasters need to work out the business model—how to actually implement it and get the content down the pipes.”

Zink is quick to elaborate on the complexities involved in totally evolving the broadcast zeitgeist in this direction. He explains that even with the 4K-originated World Cup broadcasts in 2018, many broadcasters across the globe chose to forego the HDR version of those telecasts for the simple reason that 4K was woven together with it, and that meant changes to some broadcast systems would be required in order to achieve sufficient bandwidth to make 4K feasible. 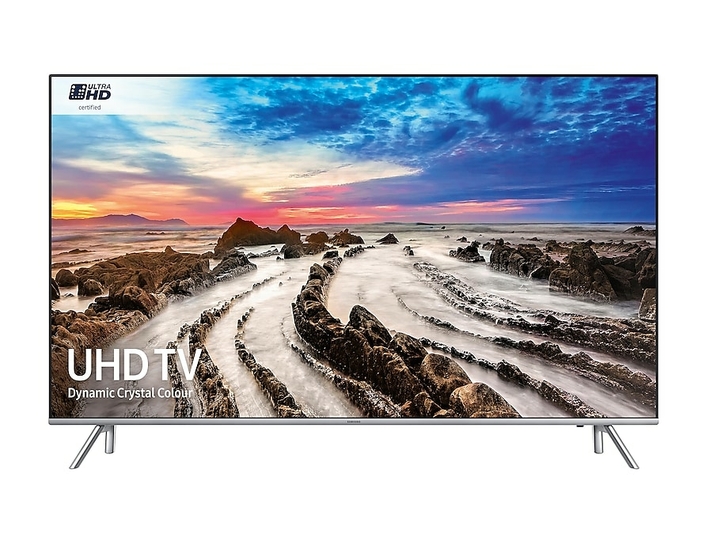 “At IBC this past year, there was a presentation from HBS, the host broadcast system for all the FIFA World Cup broadcasts,” he explains. “For those broadcasts, they created everything in 4K, and all the material was ultimately available in 4K with HDR. You could, as a broadcaster, choose it in either the PQ [PQ Curve or Perceptual Quantizer format developed by Dolby] or in HLG [Hybrid Log-Gamma format developed jointly by the BBC and NHK], whatever flavor format they were using. They provided the whole thing. But at IBC, we were told that less than 10 percent of the broadcasters chose the HDR feed—everyone else took the SDR feed.

“That tells me we have some way to go in terms of live broadcasting [in true UHD]. From what I understood, a lot of the challenge revolved around 4K resolution. Though [broadcasters] felt that HDR offered a better experience, they realized that to support HDR, they had to [change their infrastructures] for additional bandwidth related to 4K. So coming out with 8K, without any sort of supporting ecosystem in place, is unlikely right now.”

“We don’t currently have 8K Blu-rays, and there is no plan for it,” he says. “And 8K streaming—you will ultimately need brand new codecs. They are being worked on right now, but it takes time. The new NHK satellite distribution system is up and running, but others haven’t yet followed their example. As you can see this is not a mass market product at this time.”

Zink adds, even as it relates to making 4K UHD distribution more practical, other challenges exist. This includes the issue of interoperability, which he says the UHD Alliance has been steadfastly working on, among others. 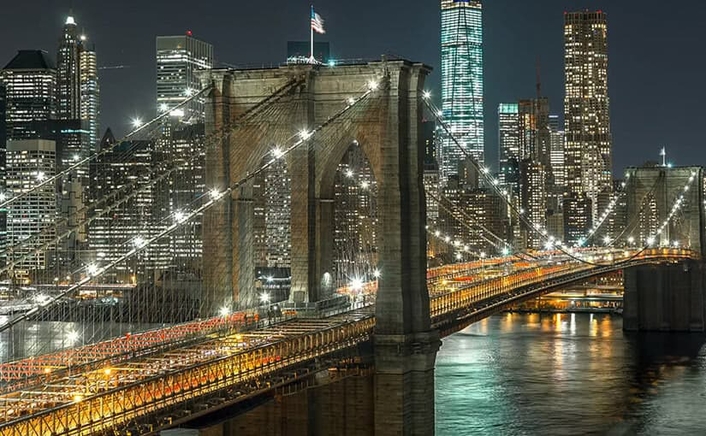 “One of the challenges with interoperability is, you can take a Blu-ray player and hook it up to a [4K] display, and then if everything is perfect, you get a fantastic image,” he says. “But, if you take a Blu-ray player out of the box and you take a display out of the box and hook them up, chances are good that you are not going to get the right HDR image. A lot of things can go wrong, starting with having the wrong HDMI cable, and even if you have the right cable, on many of these televisions, there are different settings that may or may not need to be adjusted. The consumer has to dive deep down in the menu settings in order to turn certain things on. And with some TV’s, it depends on which specific HDMI port you use, or even if it supports HDR, to begin with. My point is none of this is conducive to getting consumers excited.” On the positive side, the UHD Alliance has spent significant effort on identifying many of these issues, and is actively working with other industry partners to improve the situation.

Therefore, with all these factors in play, “from a studio perspective and from the UHD Alliance perspective, the main thing is really about how do you educate people about UHD, and HDR? A proven way in the past has been to make sure consumers can see the difference,” he emphasizes.

To that end, Zink says the UHD Alliance is currently running two different programs for consumer education. “We did a [series of] short videos that help explain each of the different features, and we made them available on YouTube,” he explains. “We also developed a consumer-facing Website with things like interactive sliders in order to show people what we are talking about when we discuss high dynamic range, to illustrate better more vivid colors and a better overall image.

“The UHD Alliance is also working a lot with [retail companies] because we feel retail is a critical element in getting people to understand the new technology,” he continues. “We integrated a lot of materials recently with Amazon, for instance, adding resources to educate consumers on technology they might be interested in purchasing. One of our goals is to try and have some sort of consistency in messaging. By being consistent, the consumer can be confident. And now, we are working with a number of other retailers to try and get them on board with the same type of thing.”