IBC Awards are Out of this World 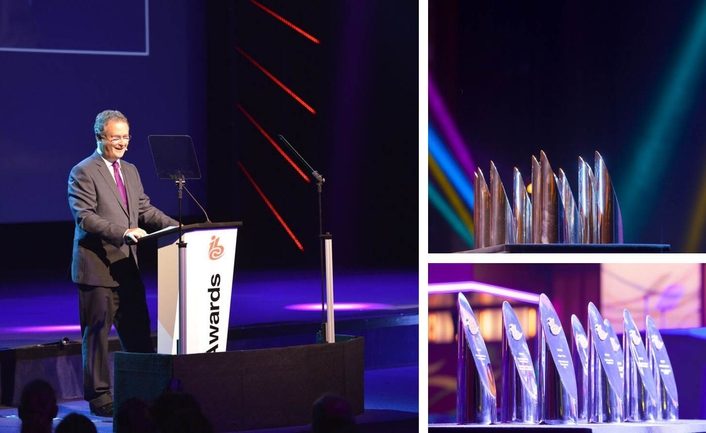 Sunday night at IBC, 11 September, saw the most exciting and engaging awards ceremony yet. From the presence of not one but two Oscar winners, to a special message from the International Space Station, this was an unforgettable occasion.
The IBC2016 International Honour for Excellence, IBC’s highest accolade, went to movie director Mr Ang Lee. A brief retrospective looked at five of his most famous films, from 1995’s Sense and Sensibility to Life of Pi in 2012, before the audience was treated to the trailer from his latest movie, Billy Lynn’s Long Halftime Walk.

“In the past few years, I have come strongly to believe that new technology will upgrade film-making in terms of story-telling,” Lee said. “In Billy Lynn’s Long Halftime Walk, the use of high frame rate and high dynamic range will provide, I hope, a unique opportunity to feel the realities of war and peace through the protagonist’s eyes.”

“IBC has done so much to bring together new technology and old-fashioned creativity,” he added. “I am delighted to be part of this exciting dialogue, and I am honoured to receive this award.”

It was one hundred years ago that the first meeting of the Society of Motion Picture Engineers was called, to drive forward standards in the emerging industry. With the addition of television in 1950 it became SMPTE, one of the partner bodies of IBC and still the guardian of the key standards which support our industry.

To recognise the significance of a centenary, SMPTE was presented with an IBC Special Award. Accepting it, Executive Director Barbara Lange said “We have three pillars: standards, membership and education. None is more important than the others, and none would survive without the others.”

“Together, we advance the art, science and craft of the moving image. On behalf of our membership and all who work to progress the ideals of SMPTE, I thank IBC for honouring us in this very special way in our centenary year.”

But perhaps the most memorable acceptance speech of the evening came not from the stage but from the International Space Station. NASA received the IBC2016 Judges’ Prize for its long history in bringing the wonders of space exploration to our screens, despite huge technical considerations.

Astronaut Kate Rubins greeted IBC from the International Space Station, saying “Living and working here 250 miles above our beautiful planet, we’re lucky enough to enjoy stunning views of the world below. We’re honoured to bring this fresh perspective in the images and video we collect.”

“From the beginning, NASA has worked to share the wonders of exploration and scientific research for film and television,” she added. “On behalf of everyone involved, we thank IBC for its kind recognition of our efforts to show what we’re doing off the earth, for the earth.”

Summing up the evening, Michael Crimp, CEO of IBC, said “Our awards programme is a vital part of IBC. It gives us the chance to recognise real leadership, but it is also the opportunity to reflect on the way that the whole industry contributes to the success through its constant innovation and co-operation. That sense of collaboration and creativity, in turn, is in the DNA of IBC.”

The LiveIP Studio project took the award for content creation, with trophies presented both to the EBU and the host of the project, Flemish broadcaster VRT. The judges admired the way the project had taken a practical approach to using IP for live production, involving a large number of vendors and solving the interoperability issues. 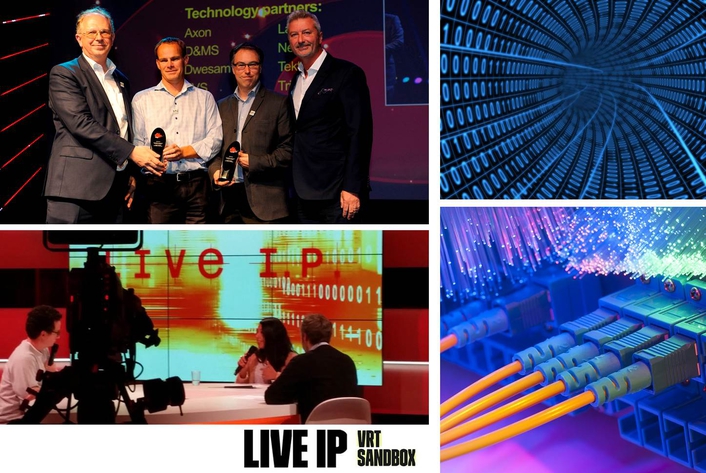 The other two finalists in this category were both from the world of sports. BT Sport received a highly commended certificate for its work in augmented reality as a means of engaging and informing sports fans. ESPN was also honoured, for Pylon Cam, putting four cameras inside a 3D printed corner post for American football.

Two of the entries in content management were around reality television. Endemol Shine Germany took the trophy for its production management on Wild Island, which split the post between the location – two islands off the coast of central America – and the company’s base in Cologne.

Highly commended was The 15 of Us, a year-long reality experiment made by Tencent in China, which generated 3,000 hours of content a day. VRT made a return to the stage, this time to honour its children’s channel Ketnet with its engaging app for children from two to 12.
Also returning to the stage, this time to collect the trophy for content delivery, was BT Sport. It launched an Ultra HD channel last year, and the audience at the IBC Awards ceremony was treated to some stunning 4k sports footage on our state-of-the-art screen.

BT Sport’s Ultra HD channel features the UEFA Champions’ League, and UEFA itself was a competitor for the award. Its highly commended entry focused on increasing engagement through add-on services and second screen apps. The other highly commended entry came from Swisscom, with its imaginative new look at content discovery across a large number of channels.