How IP can support live contribution

The drive towards the adoption of IP in broadcasting seems unstoppable. One of the main areas in which IP is making in-roads is live (or real-time) contribution. Can IP be secure and reliable enough, deliver a live experience with minimal latency, and above all deliver commercial benefits?

The big challenge of using IP to carry high quality live video content – like contribution signals – is that we have to overcome the inherent limitations of IP. When it was conceived, IP was designed merely to try as best possible to deliver every data packet, meaning some might not get there, and those that do might suffer some fluctuations in latency along the way – it is up to the higher level protocols and applications to overcome the fluctuations or re-request the missing packets from the sender. If you are sending an email with attachments, it really does not matter if some part of the whole message takes even seconds longer than the rest, provided it all gets there eventually. 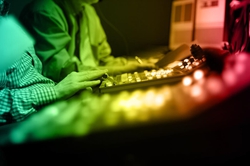 In live broadcast that requirement is turned upside down. We need a new picture every 40 milliseconds, and it is not acceptable to drop even a single frame of an important video stream. So a successful IP network connection depends upon high performance video and audio media gateways, working alongside powerful network management to manage the connections.

Whether the signal is sent uncompressed, with light JPEG2000 compression or with H.264, it needs to be encapsulated into IP packets and multiplexed. At this point, the transport protection also starts, with, for example, forward error correction (FEC) in the data stream to allow the receiver to detect packet errors and correct them without the need for data to be resent, which would change the latency and risk signal disruption.

Other protection strategies might include the likes of SIPS, Seamless IP Protection Switching (based on SMPTE 2022-7), which enables the receiver to switch on a packet-by-packet basis between two identical streams. This can be used for example to transmit packets simultaneously down two separate IP routes, with instant switching between them should anything occur along either routes. 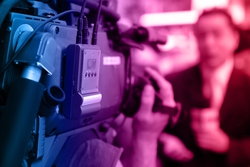 Importantly, these signals can be transported over standard IP networks, usually provided by telcos, so there is no requirement for dedicated equipment along the route – only the media gateways at each end. While dedicated IP circuits will be normally used, even the open internet could be used, with some technical provisions to overcome the huge variations in latency and obviously with an understanding that it is far less reliable than dedicated IP links and some compromise on quality will be needed. The cost benefits remain because, with the appropriate management system, IP links are set up on demand and paid for as needed.

As IP can carry anything, video and audio of course, but also data, and communications between the remote site and the broadcaster. Dedicated IP links also ensure that the signal is not tampered with or tapped into at any point, ensuring that the content is kept secure.

To take one commercial implementation of an IP contribution media network, BT Media and Broadcast in the UK uses Nevion technology to provide a major UK commercial broadcaster bi-directional links for multiple simultaneous live broadcasts between 12 critical locations and 28 regional facilities, via redundant data centres. Using JPEG2000, the system uses 10 gigabit ethernet links to the broadcaster’s critical sites, and 1 gigabit metro ethernet to the regional sites, with all circuits established as needed. 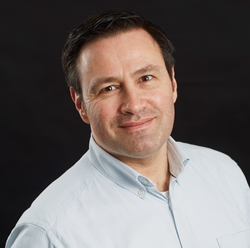 BT is taking advantage of the core value proposition of IP contribution for broadcast signals. It handles any content, transporting it either uncompressed or lightly (and rapidly) compressed in a visually and aurally lossless form.

It also allows the broadcasters using the resulting contribution network to manage their own network requirements through the use of Nevion’s VideoIPath media network and service management software. Non-technical users can set up and take down occasional-use links, ensuring that virtually any remote location can be connected, as needed, simply, affordably and reliably.