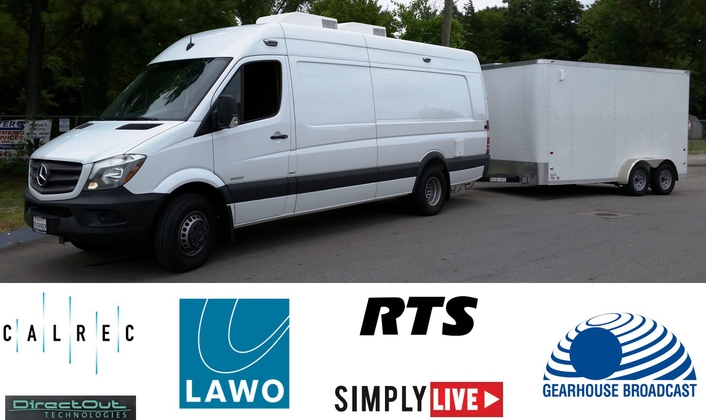 Gearhouse Broadcast, a supplier of technical facilities, crew and services used to capture the world’s most watched content, has developed and integrated a brand-new multi-purpose mobile production unit named Skye. Built in a Mercedes-Benz Sprinter van with flexibility in mind, users can easily operate a full six-camera live production or connect directly to a venue’s remote production network to connect to a broadcast center.

Skye has a powerful production infrastructure using a ViBox all in one production system from Simplylive. The ViBox is a unique production tool that boasts a space-saving footprint, 4RU chassis and 27” touchscreen. The unit is equipped with six Hitachi cameras, two robotic cameras and a Telex communications system. When used as part of a remote production infrastructure, the ViBox system can be operated as a recording and streaming device. 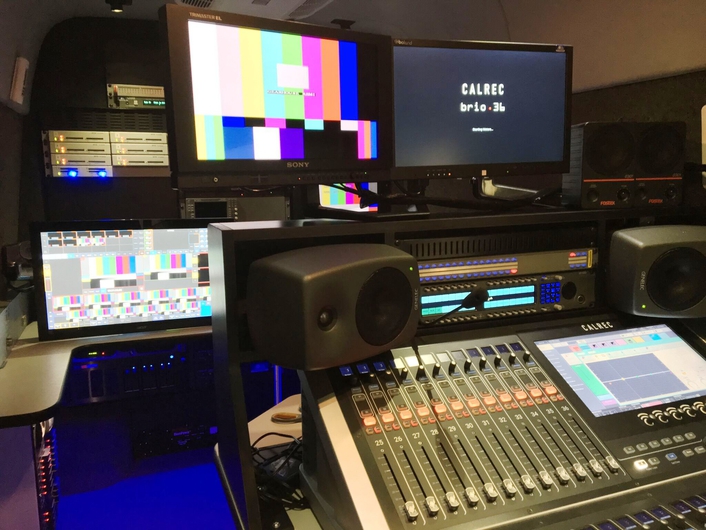 The video capabilities of Skye are paired with a powerful audio system comprised of a Calrec Brio 3- fader audio board with MADI and Hydra options. The heart of the audio system is the DirectOut Technologies’ M.1K2 MADI router which is connected to the Brio, RTS ADAM-M, Lawo V_Pro 8 and Lance commentary system as well as the tail board for third-party interconnectivity. The ADAM-M is loaded with four AIO-16’s, one RVON-16 and a MADI-16 PLUS with six TIF-2000 and multiple belt-packs around the edges.

“This innovative new production facility is part of Gearhouse’s continued commitment to adopting and deploying new technologies across North America,” said Gearhouse Broadcast COO, Kevin Moorhouse. “Having successfully run numerous remote productions, we’ve combined our extensive research and findings to design, integrate and build the perfect flexible mobile unit for this revolutionary application. Because it can also be deployed for smaller six-camera productions, Skye is advantageous in terms of resources, budget and operational efficiencies. This is where working with a trusted partner like Gearhouse proves invaluable.”

Although it has a smaller overall footprint Skye boasts four interior operational positions – audio and vision control, director and engineering. All personnel can work efficiently and comfortably with generous technological consideration and interior attributes. 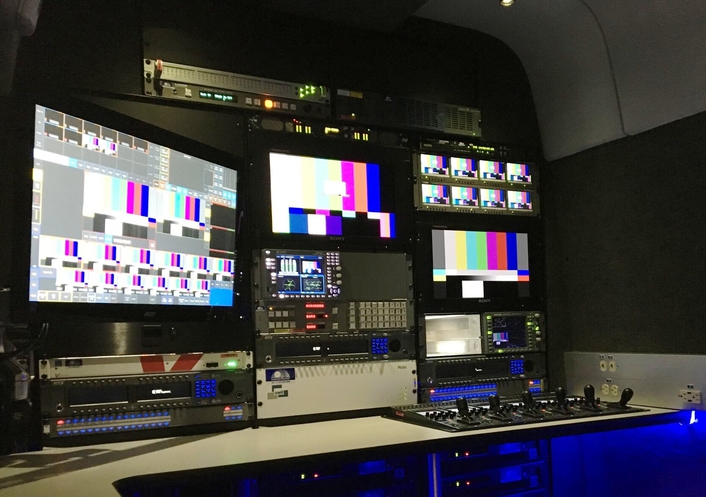 This is the second production vehicle that Gearhouse Broadcast has introduced to serve the North American market in 2017, having unveiled Columbus, its 4K mobile unit at the 2017 NAB Show. Based in Los Angeles and with a crew-friendly lay out, Columbus brings new operational and technical advantages to productions, in a comfortable working environment for its crew and is the first mobile unit in the US to feature a full 4K monitor wall.