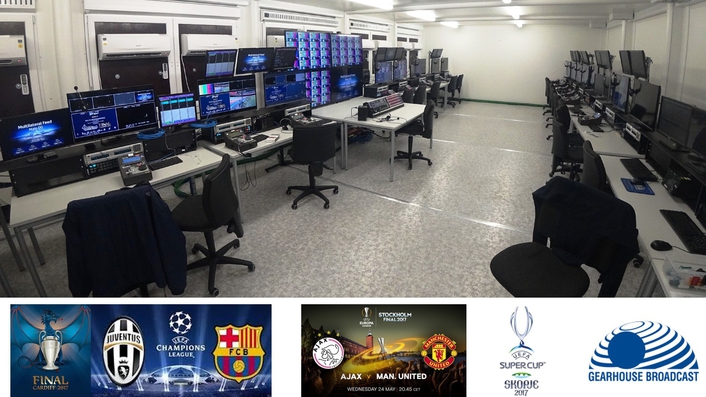 Gearhouse Broadcast, a supplier of technical equipment, facilities and services used to capture the world’s most watched content, is providing a range of solutions to UEFA for its prestigious European football finals. These include the Technical Operations Centres (TOCs), EVS live production infrastructure and all commentary services for the UEFA Champions League, UEFA Europa League and UEFA Super Cup finals.

UEFA and Gearhouse Broadcast have a long history of working together. Last year, Gearhouse successfully provided TOCs, Cable Interconnection Rooms, and special cameras and EVS slow-motion operations facilities as part of a comprehensive installation at all ten UEFA EURO 2016 venues in France.

The TOC is used to distribute the live stadium – or ‘world’ – feed and requires around 100km of high quality fibre cable to be installed on site. Gearhouse’s bespoke TOC design was so well received that UEFA has used it as the blueprint for its domestic coverage going forward. 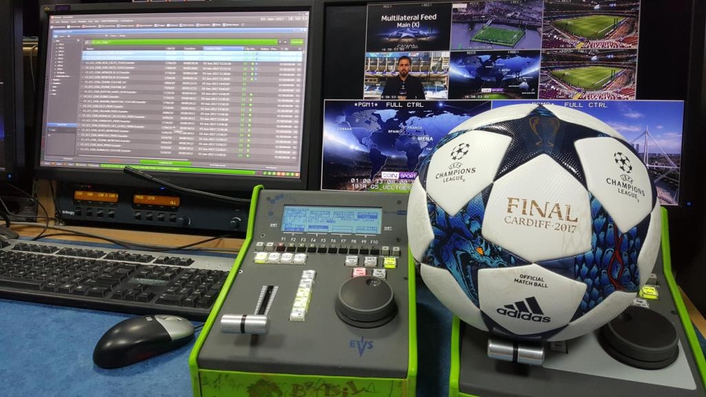 For the first-time UEFA, is using Gearhouse to provide the commentary infrastructure at each match. Running the flexible Lawo Commentary Unit (LCU) which is based on RAVENNA, a real-time Audio-over-IP networking technology, Gearhouse is delivering a contribution network which eliminates the need to use ageing ISDN lines and patch in each commentator manually. It means that UEFA can now offer a large number of high quality commentary lines at each match, either within the stadium, or remotely, helping to keep production costs.

Sarah Connell, broadcast engineering specialist at UEFA said: “This solution allows us to streamline and futureproof onsite broadcast services and also provide the highest quality of service to rights holders.”

Ed Tischler, head of projects at Gearhouse Broadcast said: “This new service from Gearhouse addresses a growing trend we’re seeing within live productions, with rights owners and broadcasters increasingly wanting to use a specialist partner to handle the technical requirements. This means that they can concentrate on delivering the best production possible to a growing number of international viewers, without needing to dedicate valuable resources to oversee infrastructure demands.” 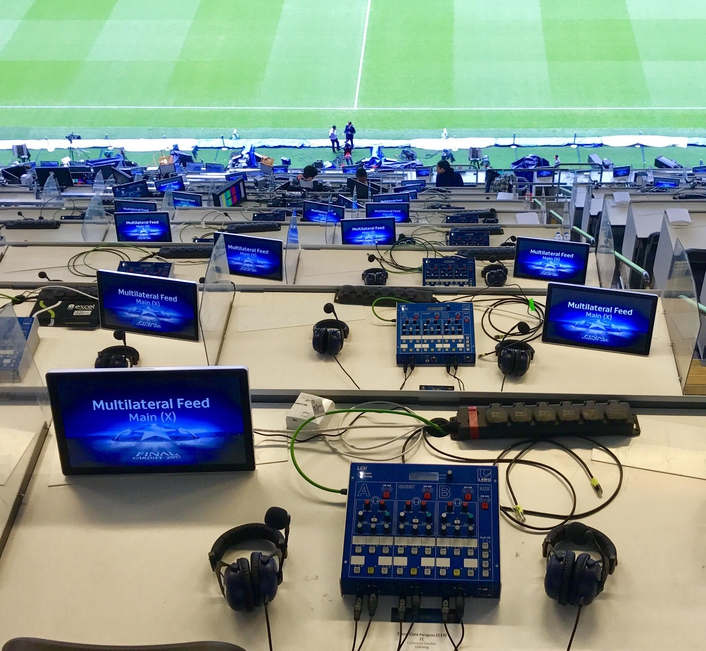 Lawo’s Barry Revel added: "Gearhouse approached Lawo looking for a flexible commentary solution based on the latest IP broadcast infrastructure that would offer the highest possible reliability, and we were delighted to offer our solution. The Lawo and Gearhouse engineering teams worked together to spec up a commentary system that ticked all the boxes for UEFA’s extensive requirements. For us, this was a great show case as it demonstrated the unique functionally and control the Lawo Commentary System offers."

The UEFA Europa League final between Ajax and Manchester United took place in Stockholm on Wednesday 25 May. This was followed by the UEFA Champions League final in Cardiff on 3 June where Real Madrid beat Juventus. The winners of both cups then face off for the UEFA Super Cup on 8 August in Skopje, Macedonia. 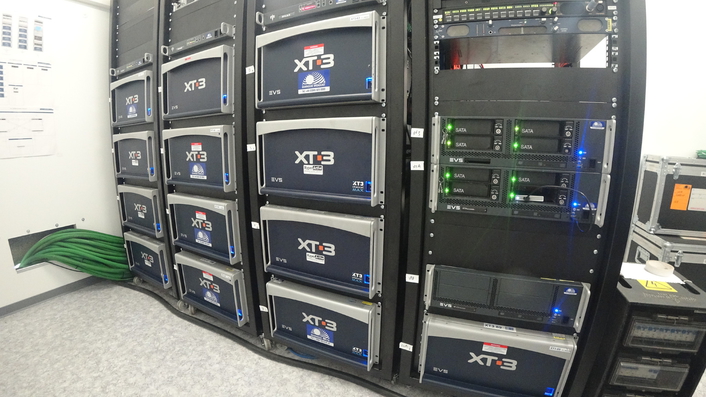 Gearhouse Broadcast is one of the world’s leading and most innovative broadcast services providers. It supplies technical equipment, facilities and services to capture the world’s most watched live and near live content from iconic events such as the FIFA World Cup and the Olympics, to popular entertainment programmes such as The X Factor and I'm a Celebrity...Get Me Out of Here!.

It delivers services including project solutions, outside broadcast, equipment rental, systems integration, RF, equipment sales and events communication to the world’s most respected broadcasters, production companies and rights holders. With offices in the UK, France, Australia, USA and Qatar - and a fleet of HD and 4K OB trucks in Australia and the US - Gearhouse Broadcast can meet the most complex broadcast requirements locally or on location anywhere in the world.