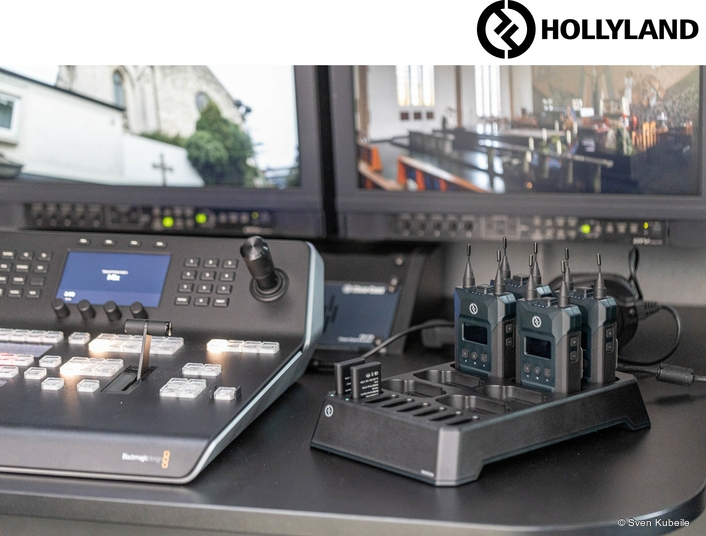 For any live production that requires a larger crew communication is key. Usually a reliable intercom system will take care of that. Especially with larger productions, these systems are often complex. But there are also solutions for smaller teams, such as from. We were able to test Hollyland’s latest top-of-the-range system Solidcom M1 in a real production environment.

Solidcom M1 is a digital intercom system for small to medium-sized applications and basically an intercom system in which, depending on the version, up to four or eight people can talk to each other independently. It is not a system in which the beltpacks can be used to create a complex wired intercom solution. The beltpacks do not contact each other directly, the connection is established via a base station. The individual units can also be configured and assigned to groups via the integrated display and the control options. The base has to be powered with a dedicated power supply unit via an Ethernet port. Multiple systems can be cascaded with one another or connected to a third-party system using additional connections. Compatible manufacturers are Clear-Com, Hanson, Altair and Datavideo. A directional antenna is integrated in the base to ensure a secure radio connection, a feature which is particularly useful for stage applications. When placed on a tripod a range of 400 meters can be achieved. For applications in which users of the beltpack have to be mobile, the use of the supplied rod antennas ist recommended. They enable an omnidirectional range of 300 meters. 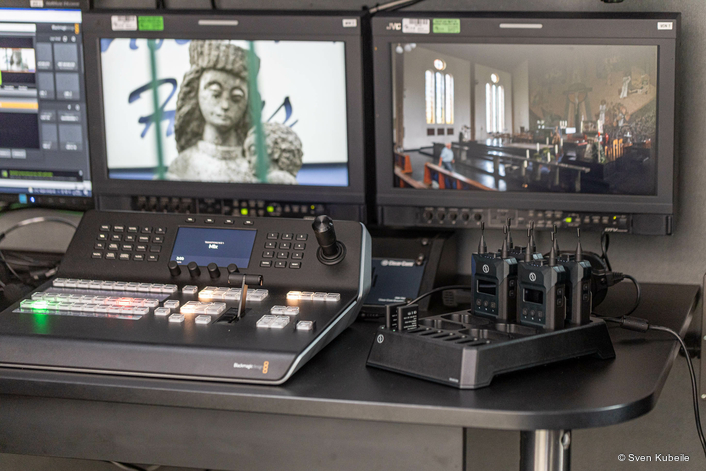 The beltpacks are very well made and look neither too small nor too big. There is a battery compartment on the side. For charging the devices can either be placed in the supplied charging cradle or batteries can be removed individually and charged separately, allowing the batteries to be exchanged quickly during production. On the bottom of the bealtpacks there are LEMO sockets to plug in the headsets that come with the beltpack. The talk switch can be found easily on the top of the device. A few settings can be made via a display and three buttons, but these do not go into much depth so that the user is prevented to change anything essential. The volume can be adjusted as required using two buttons on the side

The supplied headsets are open on one side and allow good speech intelligibility as well in noisy environments. A tally is attached to the foldable microphone, shows that a sound signal is being transmitted. The headband is comfortable and the quality of the connectors will most likely allow for a long service. 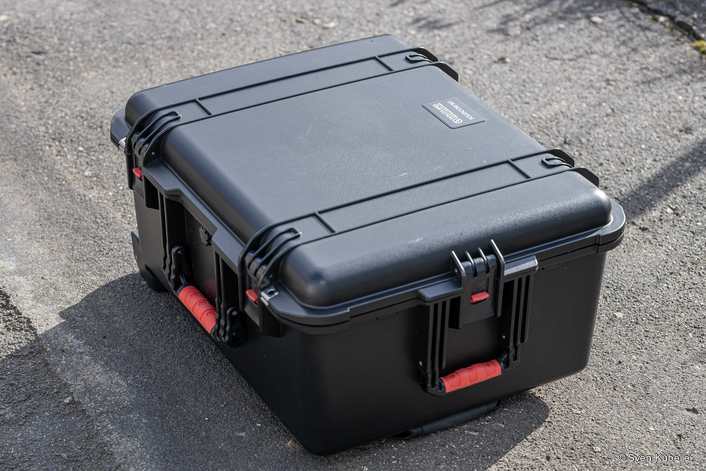 We used the Solidcom M1 system in a production enviromment to find out the systems capabilities and its potential limits. It was used as the main intercom for two small Live-TV productions taking place in large churches. The architecture of those caused the only problem that we came across. Due to the massive outer walls the signal range was sometimes in the range of only 10 metres which made it difficult to connect to the system’s base station in the outside broadcast vehicle. This would normally have called for either using a second base station or careful readjusting of the existing base station – which was the route we went down.

Everything being set up well you can enjoy very good voice quality, which simplifies production both on air and during assembly and dismantling. A clean reception and transmission quality was possible at all times, even when speaking in a low voice like you have to during a production in a church. We especially liked the integrated audio processing that prevents noise from all open beltpacks from adding up and thereby reducing speech intelligibility. External providers who were included in the intercom were also enthusiastic about the intelligibility of speech and how comfortably the headsets could be worn. 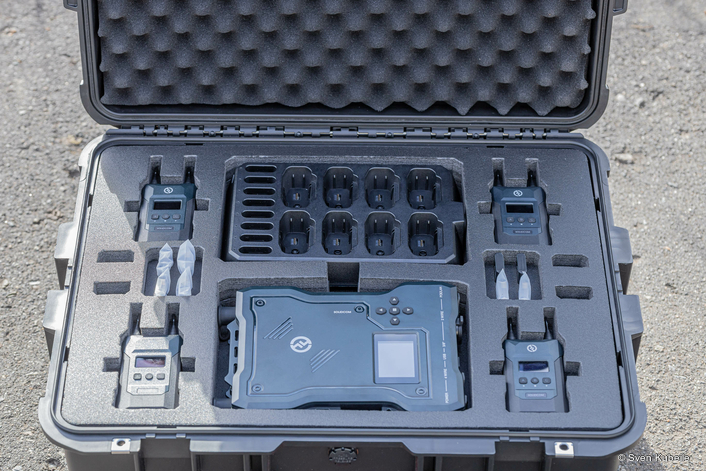 The dismantling of the system was  as quick and easy as the setup before. Thanks to the perfectly provided cutouts in the case, everything could be packed quickly and securely. The trolley has integrated rollers and can be easily transported over long distances.

If you decide to buy a Hollyland Solidcom M1, you get a very capable, well-functioning and simple intercom system. Being in a price range of under 8,000 euros for eight transmitter / receiver units, the system can’t be compared with significantly more scalable systems such as a Riedel’s Bolero. For small to medium-sized and less complex productions, small live streams and TV broadcasts, theaters, film productions and event companies, the Solidcom M1 offers almost everything you can possibly need. In addition, it can be set up and operated by almost anyone without any particular system training. 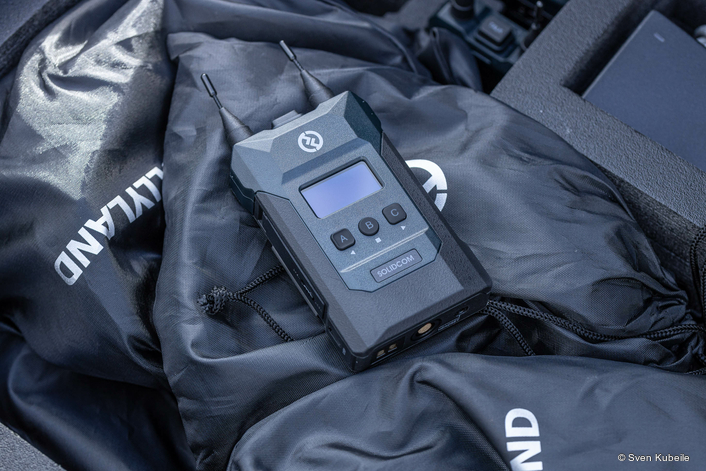 • Low range through walls – in that case the use of two bases is advisable
• No “push-to-talk”, just continuous on or off 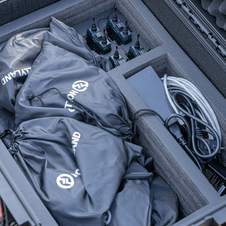 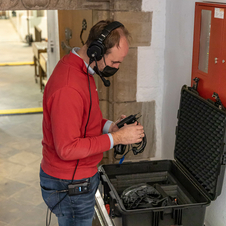 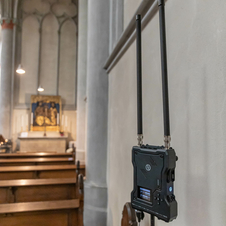 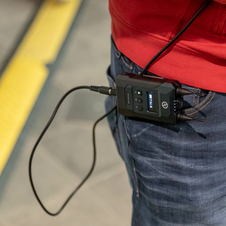