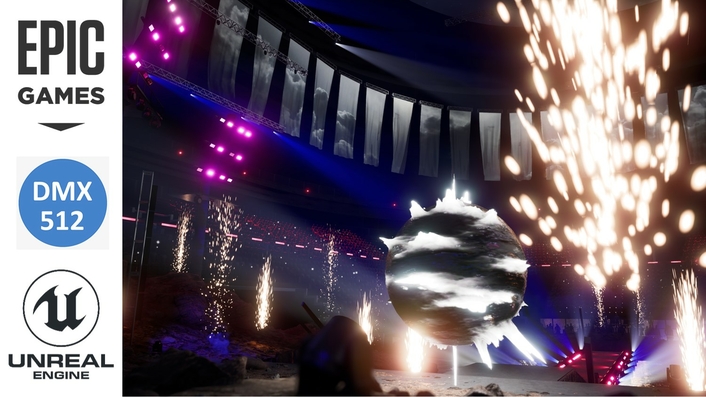 Epic Games today released a new free Unreal Engine sample project for users to learn and explore how to previsualize complex live lighting and effects that will be controlled via the Digital Multiplex (DMX) protocol. With Unreal Engine’s support for DMX, professionals in live events, broadcast, and more are empowered to use real-time rendering for accurate lighting previsualization.

The DMX sample project was created by Montreal-based multimedia studio Moment Factory, which is known for combining video, lighting, architecture, sound, and special effects to create remarkable experiences. Since its inception in 2001, Moment Factory has delivered more than 450 unique projects worldwide, including the critically acclaimed Lumina Night Walk series. Productions span the globe and include clients such as Madonna, Jay-Z, Billie Eilish, and Childish Gambino, alongside high-profile companies like Disney, Microsoft, and Sony; installations feature in such diverse settings as airports, cathedrals, and zoos. 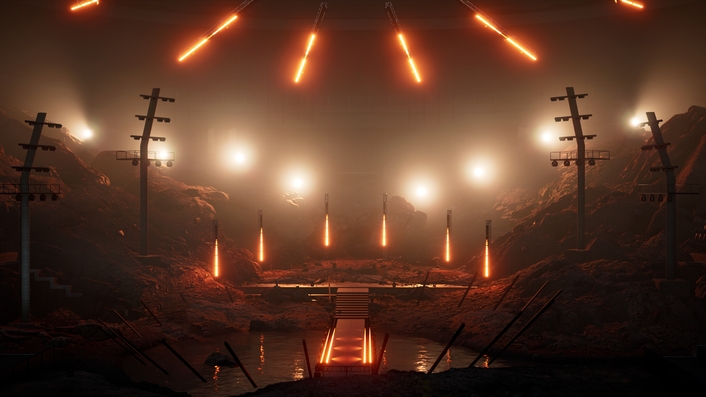 Epic Games first introduced support for connecting the engine to external controllers and devices that use the DMX protocol with the release of Unreal Engine 4.25. Since then, Moment Factory has been working closely with Epic to create this sample project, providing rigorous testing and valuable user feedback that informed the development process of Unreal Engine’s DMX plugin and led to significant enhancements in the Unreal Engine 4.26 release. Moment Factory’s feedback also provided a deeper understanding of market expectations when it comes to previsualization and the production of virtual and live events. 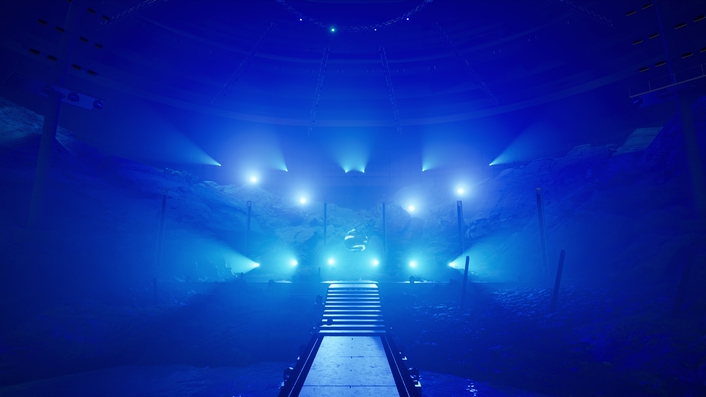 “By putting this tool in the hands of our show designers at Moment Factory, Epic Games crash-tested the development of their engine, using the concrete needs, expectations, and examples of the show production industry,” says Jean-Baptiste Hardoin, Creative Director at Moment Factory. “We approximated the conditions of a real-life show production in order to test the limits of mixing content, lighting, pyrotechnics, lasers, camera movements, realistic scenic renders, and audience. Ultimately, this created a strong use case for Unreal Engine in a real-life production and previs workflow.” 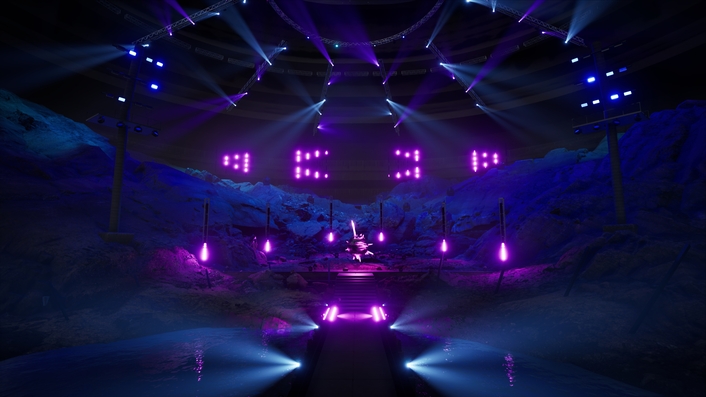 The DMX sample project incorporates stage design that juxtaposes the surreal with the real, placing dreamlike scenography at the center of a massive arena, accompanied by a lighting rig designed to leverage Unreal Engine’s photorealistic rendering. 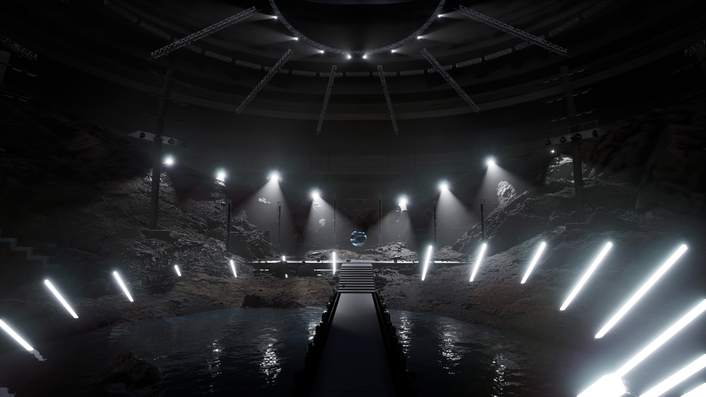 All users can now download the complete sample project for free to learn, explore, and use in their own live event lighting and effects design: https://www.unrealengine.com/marketplace/learn/dmx-previs-sample