With exclusive national broadcast rights to the Danish Super Liga and some of the biggest sporting properties in Europe, including the, English Premier League, Bundesliga, FA Cup football and content from Eurosport, Discovery Networks Denmark needs to have an easy to use, efficient and reliable solution to produce world-class content for its audiences.

The existing workflow solution consisted of an XT3 live production server, an IPDirector PAM content management suite with several clients, XTAccess gateway units and Xsquare orchestration software. With the addition of another XT3, the new workflow enhances content management across the network and is integrated flawlessly with third party solutions like the Avid editing and Piero analytical systems.

·    The two XT3 live production servers – each with an LSM remote control panel and IPDirector control – record up to 12 HD SDI feeds while using between four and eight output channels for highlights production, instant replays, studio playback and sports analysis. The flexibility that the XT3 brings to Discovery’s workflow is a huge benefit to the network. The powerhouse of the entire workflow, the XT3 ingests all the feeds from multiple sources and then outputs streams to multiple destinations via the XTAccess units. With the LSM remote control panels in place, operators can create highlights during live broadcast and produce clips and live slow motion replays for playback during studio analysis. The servers are able to efficiently handle all these operations live, simultaneously and without any impact on the performance of the workflow.

As any XT3 input channel can be streamed to multiple destinations as growing files in real time, Discovery’s workflow enables more efficient resource management and avoids the production of multiple SDI recordings, saving both cost and resources.

·    To address the challenge of quickly and easily producing long-form match summaries of the Bundesliga, Discovery decided to add a Xedio CleanEdit. This lets them speed up the editing process and turnaround of ingested feeds. EVS’ NLE allows editors to begin their work on these 30 minute edits as soon as each match starts. Once they’ve completed a first edit they can immediately begin another, since Xsquare swiftly handles the rendering of the edits back to the XT3 servers for playout. 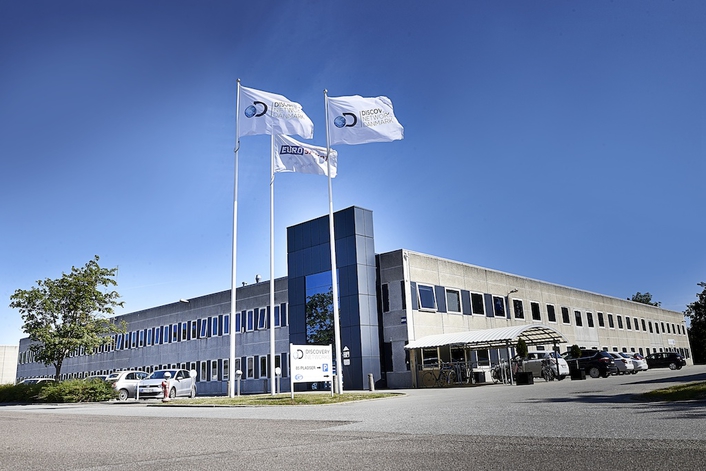 ·    The IPDirector PAM content management suite is used as an extensive production asset management system. It allows Discovery to add comprehensive metadata to content, to schedule the ingest of feeds when multiple matches are happening simultaneously and for controlling Discovery’s video router. IPDirector Router Control allows a scheduled record block to control the video source used on the XT3 ingest channels. This efficiency in resource handling is a big cost saving for the network and provides a good basis to generate a positive ROI.

Discovery is also able to use IPDirector for content and metadata management and logging after ingest. It manages the media lifecycle on the servers and shared storage and lets Discovery gain instant access to content for any production requirements.

·    Discovery Networks Denmark’s Xsquare software and XTAccess units are controlled and managed by the IPDirector PAM suite. This enables the workflow to automatically handle media-conforming operations like instant feed streaming, on-the-fly transcoding, media rewrapping, playlist rendering and EDL generation. It also acts as a gateway to transfer files to multiple destinations at the same time including Discovery’s central nearline storage, the Avid ISIS-Interplay post-production suites, or for web delivery.

The latest workflow expansion was undertaken in order to increase the production capacity of Discovery’s in-house facility, coping with the network’s growth. It has also further extended the internal 10Gigabit Ethernet connectivity infrastructure to allow the EVS solutions to speed up the production processes throughout. The scalability, flexibility and efficiency that the implementation of EVS solutions offered were key elements that benefit Discovery. The introduction of a SDI/IP hybrid workflow over the existing SDI only solution was also incredibly important to the network.

“Everything has been running smoothly from day one and the implementation of this new EVS equipment has significantly improved the performance of our workflow,” said Michael Lind, technical manager, Discovery Networks Denmark. “The interconnectivity it has improved between the major elements of our workflow is a huge benefit to Discovery. It’s always exciting to install new technology in such an important workflow like this and it’s a real pleasure to work with such extensively developed and well-designed technology as well as with dedicated and passionate professionals.”

EVS will be presenting the latest in its live production solutions at this year’s IBC on its booth (number 8.B90) between 11 and 16 September in Amsterdam.

About EVS
EVS is globally recognized as the technology leader for live video production. The company introduced Live Slow Motion replay in 1994, and has continued to build on its reputation for quality and reliability with solutions that enhance live sports, entertainment and news content. Innovations – such as the C-Cast multimedia platform and DYVI IT-based switcher – are raising the bar for live production enrichment, management and distribution. Broadcasters, rights owners, producers and venues alike use EVS to maximize the value of their productions and increase revenue streams.