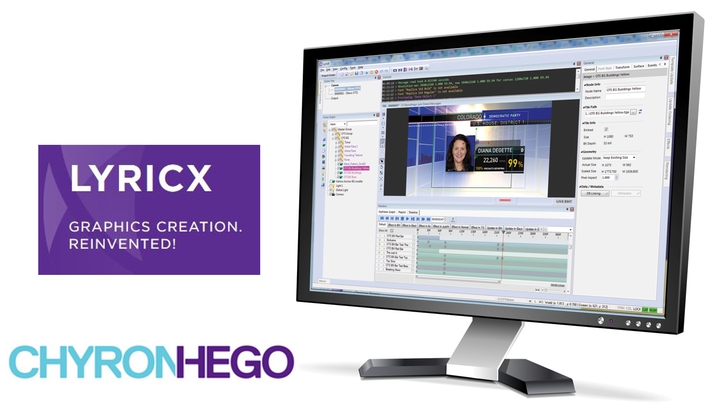 "Lyric has been adopted by more broadcast outlets around the globe than any other graphics solution, and with good reason. Lyric transcends traditional boundaries with unequaled creative freedom, seamless interoperability, and advanced 3D object rendering, while leveraging the latest in 64-bit architecture," said Sören Kjellin, chief technology officer, ChyronHego. "With LyricX 2.0, we're giving broadcasters everything they need to drive operations into the future, with support for any type of graphics application including HD and 4K, while providing a seamless transition from Lyric PRO."

He added, "LyricX 2.0 provides our customers with an unmatched user experience. With the addition of the product's usability enhancements, graphic designers and authors will notice a considerable performance boost for the system's most popular and widely used features."
LyricX 2.0 now enables users to execute macros and perform other tasks, such as load-and-play and clip handling, up to five times faster than the previous-generation LyricX. One example is the redesigned Timeline feature, which reduces preparation time drastically for creating all types of animated graphics.

While HD resolution using SDI is still the predominant broadcast format, many broadcasters are beginning to produce live, high-end programs in 4K, and distribute them using IP. Through its seamless support of major broadcast IP transport protocols such as SMPTE 2022-6, LyricX 2.0 allows users to move effortlessly between SDI and IP, and 4K and HD video all within the same graphics platform. In addition, LyricX 2.0 provides native support for the emerging NewTek NDI IP protocol. 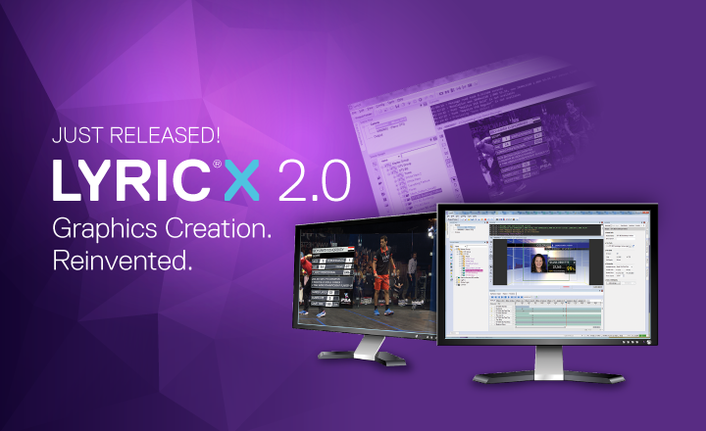 LyricX 2.0 is a fundamental element in the CAMIO Universe, a comprehensive software-based ecosystem that empowers producers and journalists to create compelling broadcasts and deliver them rapidly to air. The CAMIO Universe is driven by CAMIO 4.2, a milestone release of ChyronHego's award-winning CAMIO graphic asset management server that features even greater integration with LyricX 2.0.

"With the CAMIO Universe, the greater ChyronHego family of products emulates the powerful template-based tools and playout control of LyricX," Kjellin said. "A key example is the integration of LyricX 2.0 with ChyronHego's software-based video switching and playout automation tools, which creates a powerful 'CAMIO Universe in a box' for producers to streamline and speed many day-to-day graphics production workflows."