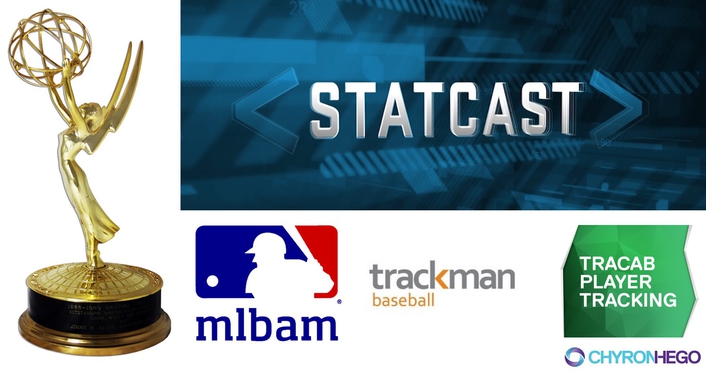 ChyronHego today announced that the company has been honored with a Technology & Engineering Emmy® Award from the National Academy of Television Arts & Sciences (NATAS). The Emmy Award recognizes ChyronHego and its partners, TrackMan and MLB Advanced Media (MLBAM), for their work on Statcast, a complete ecosystem for real-time sports tracking and visualization that combines TrackMan’s radar-based ball-tracking system and ChyronHego’s TRACAB optical player-tracking solution and state-of-the-art broadcast visualization tools.

Described in the three companies’ Emmy Award-winning entry, “A Three-Dimensional Doppler Radar System to Track and Display Fast-Moving Pitched and Hit Balls,” Statcast is now installed in all MLB stadiums to provide official ball and player data for on-air presentations of statistics and graphics, including visual tracers of the ball’s flight path. Broadcast commentators are able to enhance their presentations with compelling, data-driven real-time graphics that highlight the athletic ability and strategy of baseball players and teams, such as pitch selection and player positioning. 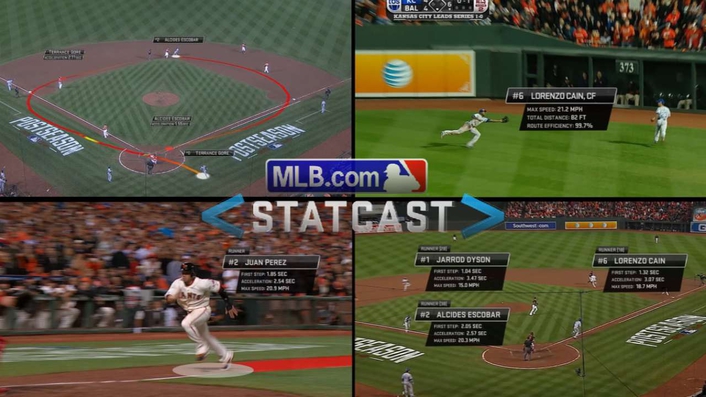 More than 2 million events have now been measured using Statcast

More than 2 million events have now been measured using Statcast, which collects statistics such as pitch speed, pitch spin rate, exit velocity (speed of a baseball after it is hit by a batter), launch angle (vertical angle at which the ball leaves a player’s bat), and distance of a hit ball. In addition, Statcast tracks player position and movement, and combines real-time information with historical data to calculate higher-order statistics such as “catch probability” of hit balls. The TrackMan radar system contributes ball data such as velocity, position, and spin rate, while TRACAB refines player and ball location and displays the ball tracer and other graphics. MLBAM has contributed technology that compares the pitcher’s extension to the average MLB pitcher’s extension to calculate a perceived velocity.

ChyronHego engineering teams in the U.S., Sweden, and the Czech Republic collaborated to develop the TRACAB and Virtual Placement components of Statcast. TRACAB uses two arrays of three stereoscopic cameras set 30-50 feet apart, usually on the third-base side of the stadium. The TRACAB optical tracking technology merges the radar-based ball tracking with the optically measured player positions to create a comprehensive real-time data feed. ChyronHego’s Virtual Placement technology uses a proprietary calibration technique to overlay ball traces and other visualizations onto a feed from a standard broadcast camera, adding even greater excitement to the viewer experience. 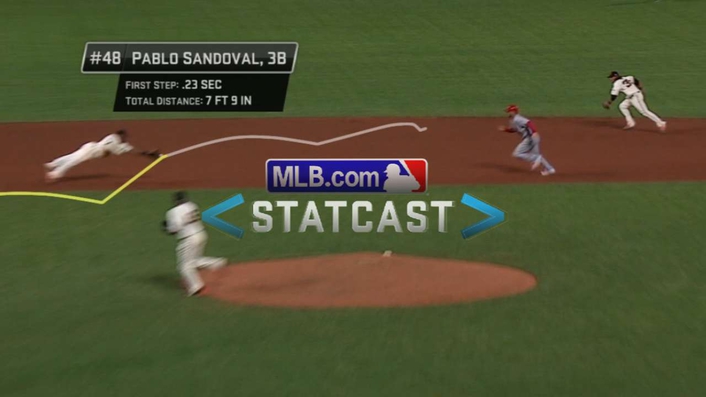 More than 2 million events have now been measured using Statcast

“The Emmy Award, our fourth, is a fantastic honor and a continuation of our company’s long history of influence in the industry. Not only is it a huge validation of our TRACAB technology, but it’s tremendous recognition of the hard work of our own engineering teams as well as those of our partners TrackMan and MLBAM,” said Johan Apel, president and CEO of ChyronHego. “Emmy Awards are awarded to a very small and select group of organizations whose innovations have been deemed to have a material impact on the television viewing and entertainment experience. Statcast definitely fills this bill, since it powers advanced statistics and visuals that give commentators additional material for storytelling.”

This year’s recipients will be honored at the 69th Annual Technology & Engineering Emmy Awards, to be held on Sunday, April 8, 2018, in Las Vegas in conjunction with the 2018 NAB Show.