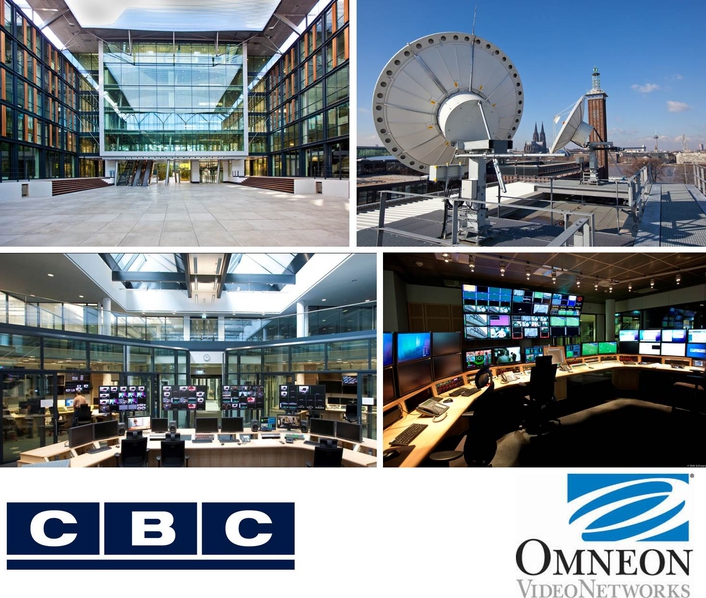 German Netorium GmbH assisted CBC in the planning, integration, and configuration of the Omneon system with other systems
Harmonic Inc. (NASDAQ: HLIT) today announced that Germany's CBC Cologne Broadcasting Center, part of The Media Group RTL Germany, has installed an Omneon Spectrum(TM) HD media server system to support ingest and playout for its RTL HD and VOX HD channels from a brand-new broadcast center in Cologne.

"When we first moved our Munich branch to a file-based environment five years ago, we chose to build our broadcast workflow on Omneon Spectrum media server systems," said Mido Fayad, head of broadcast operations and engineering at CBC. "Given the excellent versatility and performance of those systems in supporting our playout and archive applications, it was an easy decision to invest in Spectrum HD systems for our new Cologne broadcast center."

Material is ingested for all of these channels, as well as for live Deutsche Bundesliga soccer matches, through CBC's media management systems, a Sony cart machine, and either DigiBeta VTRs or HDCAM SR VTRs controlled by Abit automation. Up to eight channels are ingested (50-Mbit/s IMX or 50-Mbit/s XDCAM HD422) -- with concurrent QC -- in parallel to the Spectrum system.

The Spectrum system's MXF format support facilitated integration with CBC's IT-based IBM archive system. As a result, once recorded material is confirmed on the Omneon media server, it is transferred to the archive and a low-resolution browse copy of the media is created to give staff fast, easy access via VPMS/Smart MAM system. Spots stored on the Spectrum server system can be pulled into the Abit playlist by "drag and drop" right up to a few seconds before playout. Close integration of the Omneon Spectrum systems and Abit solutions enables CBC to conform its playout to the standards of different target markets and countries.

"We've enjoyed a long and successful relationship with CBC, having worked together with Abit and Netorium to create a state-of-the-art file-based workflow for the broadcaster's Munich facility," said Geoff Stedman, vice president for Omneon and corporate marketing at Harmonic. "As CBC takes its operations live at the new Cologne broadcast center, an Omneon Spectrum system once again provides CBC with the versatility, reliability, and scalability necessary to support complex yet highly automated ingest and playout workflows."

German Netorium GmbH assisted CBC in the planning, integration, and configuration of the Omneon system with other systems in the state-of-the-art facility.

Since its establishment in 1994, CBC Cologne Broadcasting Center has become one of the leading broadcasting and television production companies in Germany. Numerous renowned TV stations and producers rely on the company's know-how and state-of-the-art technology and value its wide array of individualized services. CBC is situated in Cologne, Munich/Gruenwald, and Berlin.