Bela Molnar of Twentyfourseven Films returned, following a successful session with Red Hot Chili Peppers, to direct a live unplugged performance with Biffy Clyro while the band was back in the UK promoting its latest album, “Ellipsis.” The relaxed, intimate session consisted of an interview and fan Q&A hosted by radio and television personality Fearne Cotton, followed by the band performing three songs. The whole session was streamed live via the band’s Facebook page and attracted more than 1.2 million viewers. 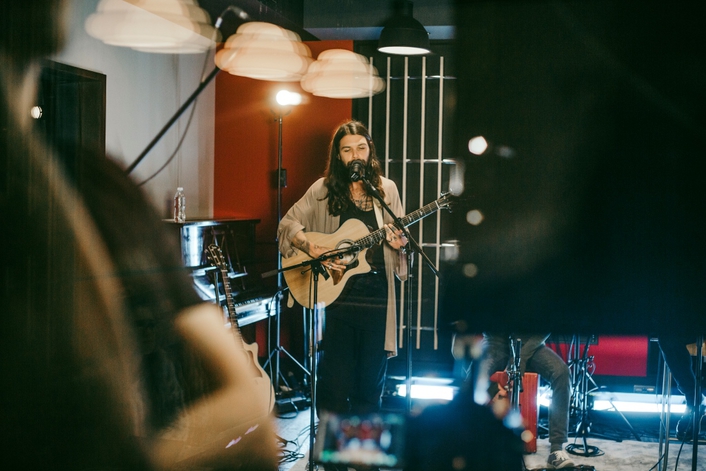 To reflect the casual feel that the team wanted, Bela employed a multi camera set up that would give him a good mix of angles, without disrupting the intimate nature of the performance. “We filmed with the URSA Mini 4.6K as our main camera during both live streams, alongside three Blackmagic Studio Camera 4Ks, to give us lots of variety and to create interesting close ups of the band’s performances,” explains Bela.

He adds: “All of Blackmagic’s cameras produce fantastic images, but the URSA Mini 4.6K is really something else. It’s hard to put into words, but the picture feels extremely vivid; there’s more depth, and the range of color information results in such a great image that is perfect for the mix of live work I do.”

Bela reveals that he is also a big fan of the URSA Mini’s ergonomics. “Not only is everything on the URSA Mini well considered, but it is also very adaptable. So whether I am shooting solo or working with a crew, it doesn’t matter. You can adapt the camera to match the conditions.” 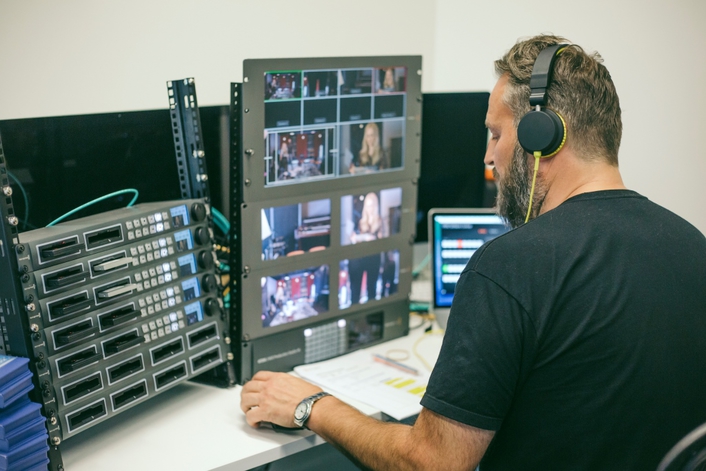 Each camera signal was recorded to SSDs via a HyperDeck Studio Pro, as was the program mix, which was produced with an ATEM 2 M/E Broadcast Studio 4K. Bela explains that as he was producing the live mix, an editor sat next to him cutting a promo trailer for  use on Facebook to advertise the stream. “It was pretty surreal watching the edit being done as the live stream mix was still underway. This was only possible thanks to the thunderbolt connectivity on the Blackmagic MultiDock. As soon as an SSD on the HyperDecks was full we removed it and offload the material onto a raid for the editor to access. It meant that the label had a really powerful spot to help promote the live performance, while existing viewers watched a teaser for the new album.” 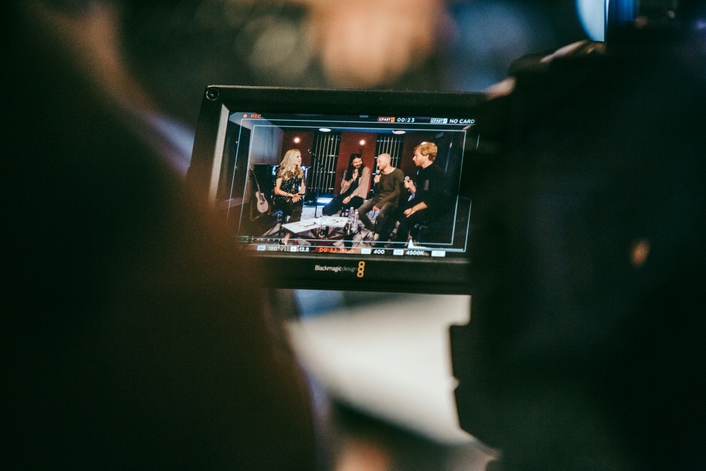 Bela explains that his PPU has been designed to allow the redundancy required for high profile live stream sessions, and the ATEM production switcher at the heart of the unit ensures he can incorporate any last minute requests from clients into his productions. 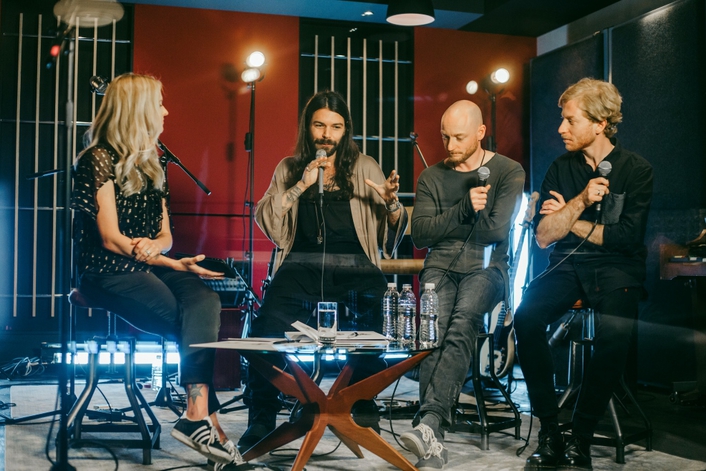 “Not only does the ATEM mean my setup is future proofed for years to come, but the switcher’s flexibility allows me to add additional outputs, for example if a band’s management wants to watch on an additional monitor, or to incorporate prerecorded content,” he concludes. “It’s so important to be able to adapt to these wishes and help clients achieve what they’re looking for from these live productions. The technology you choose as a live technician shouldn’t impede this agility, it should enhance it, as it will ensure you retain a great working reputation throughout the industry.”