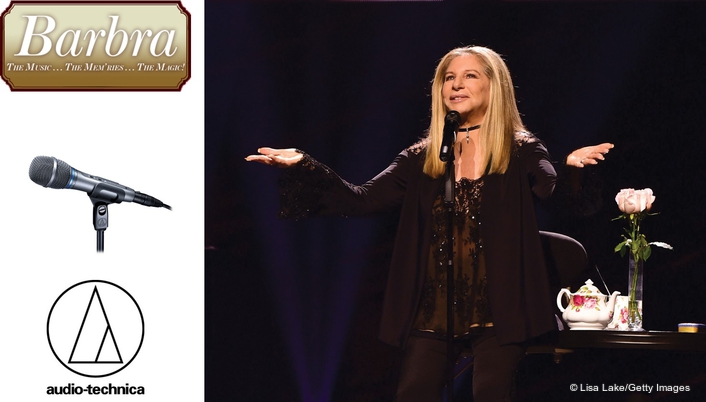 Live Recording of “The Music, The Mem’ries The Magic” Concert Tour

Audio-Technica, a leading innovator in transducer technology for over 50 years, is proud to be the manufacturer of choice for noted live and studio engineer David Reitzas, as he continues his longtime association with legendary artist Barbra Streisand. Reitzas (whose other credits include such acts as The Weeknd, Josh Groban, Andrea Bocelli, Seal, Stevie Wonder, Guns N’ Roses and many more) has been Streisand’s go-to engineer since 1993, for both studio and live album projects. In the early 90’s,

Reitzas was working with producer and songwriter David Foster, when Foster was hired to produce Streisand’s Back to Broadway album, the follow-up to her smash hit The Broadway Album. Since then, Reitzas has been behind the glass for nearly every one of her studio projects and every single live album. Unsurprisingly for an artist of Streisand’s stature, Reitzas is tasked with capturing detailed multi-track recordings of nearly every single performance, and his arsenal of Audio-Technica mics has proven to be a good fit for the enterprise.

“For the first several years I was recording Barbra’s live concerts, I noticed that certain mics they were using on stage were not ideal for the recording mix after the fact. We did what we could, but in my opinion there wasn’t enough rejection between the channels, considering the ensemble of 70-plus musicians and the carefully assembled array of stage monitor wedges. Everything was bleeding through to everything else, and it sounded great in the hall, but the recordings needed a more nuanced approach. Sometime around the mid-2000s we tried out the Audio-Technica AE5400 Cardioid Condenser Handheld Microphone on her lead vocal, and it was a revelation, both in terms of the live sound and the recording. It was great on her voice, and the channel isolation was a mixer’s dream. That mic, or the wireless iteration AEW-T5400a paired with A-T’s 5000 Series wireless, has been the rig of choice ever since, including for the recent tour, The Music, The Mem’ries, The Magic.”

Streisand’s flawless mic technique helps make Reitzas’s job easier. He notes, “She is such a pro at naturally using a microphone. She knows when she belts out to hold the microphone out a bit in the right position, and when she’s singing more intimately she brings it up closer to her mouth. With the AE5400, the proximity effect is just perfect. Her range is incredible, so you need a microphone that can pick up the subtleties of when she’s like singing in a lyrical, personal style, and then her signature high, long notes where she’s belting it out needs to also be able to be handled properly. Studio work and live performance are obviously very different, but one of the goals is to bring the fidelity and warmth of the studio experience to a live concert hall, and that involves using microphones that capture the nuances of her voice. I couldn’t be happier with the AE5400 for the whole range – it’s just perfect for her.”

An important element for Reitzas is one that is overlooked by some live recording engineers: the sound of the audience. “Barbra and her audiences have a deep mutual respect, so she interacts with them quite a bit. And they love her, so they freak out! It’s been an ongoing goal of mine to capture those audience reactions as precisely as possible. On this recent tour, I used an A-T mic that I hadn’t used before: the BP4025 X/Y Stereo Field Recording Microphone. It was exactly what I had been looking for – a nice wide, open sound, and enough rejection to where it was pretty directional but also wide so that I could capture a lot of people. And I also liked that it’s a nice small stereo mic that didn’t get in the way of the audience when I put it up on a stand, blocking the line of sight. So we ended up using a total of six stereo BP4025’s throughout the perimeter of the floor, and it was perfect.”

Beyond this, the rest of the mic setup is very heavy on A-T products. Reitzas remarks, “We’ve used the AT4060a Cardioid Condenser Tube Microphone on the overheads of the drums, for the bass cabinet we’ve used an AT4050 Multi-pattern Condenser Microphone, and for percussion we’ve used the AT4081 Phantom-powered Bidirectional Ribbon Mic, with additional AT4050’s on things like tympani and horns. We also use AT4041 Cardioid Condenser Microphones to capture the overall sound of the stage. So many of these mics end up back with us in the studio too, when we’re working on the studio productions. And I love my ATH-M50x and ATH-M70x Professional Monitor Headphones. I use the M50’s all the time, and so does Barbra.” 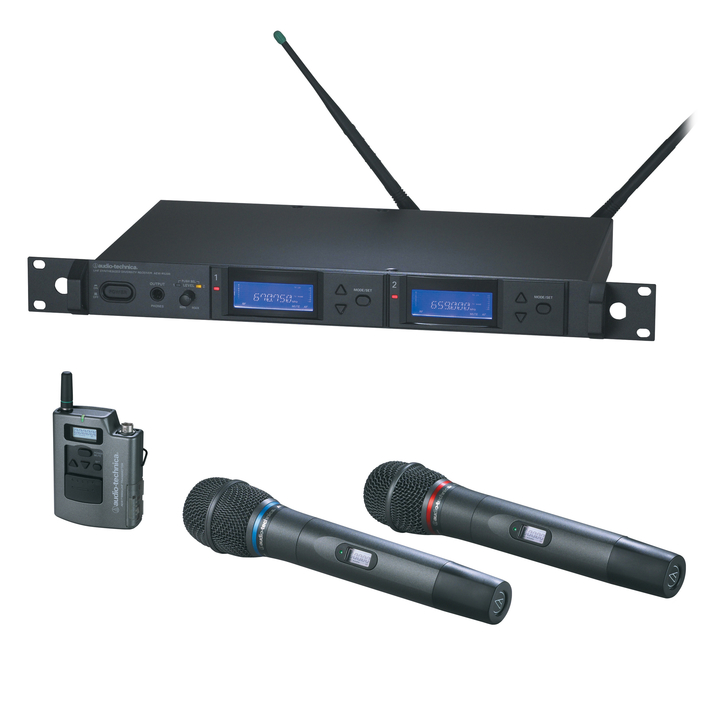 Reitzas adds, "It's such a comforting feeling to have an intimate relationship with the products and people of Audio-Technica. They've been in the microphone business for over 50 years now, so the trust I have in their products is strong, and the personal care and attention they give to their artists and engineers is second to none. It gives me great confidence to know that when I choose an A-T mic for capturing a specific character of sound, it will always deliver the perfect result!"