The two companies concluded a transfer of Euromedia’s studio activities to AMP VISUAL TV on 20 May 2017. This transaction brings AMP VISUAL TV’s offer to around forty studios in the Paris region.

As of Saturday 20 May, the transferred activities come under the aegis of a new company, "Studios de France", wholly owned by AMP Investissement.

By combining this range of new studios with AMP VISUAL TV’s existing offer (notably in central Paris), AMP VISUAL TV will now seek to optimise the occupancy rate by rationalising its offer and developing a policy of integration of complementary global services.

“This deal comes as a logical step in our strategy,” explains Gilles Sallé, CEO and founder of AMP VISUAL TV. “With it, we are striving to consolidate our base in the French market by strengthening our studio activities around our digital mobile video and RF offers and, in parallel, pursue our international development. This is both an enormous, exciting challenge and a great responsibility, which we are undertaking with all TV production stakeholders.” 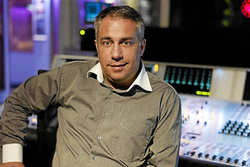 AMP VISUAL TV thus continues to support the requirements of producers and broadcasters with a comprehensive offer, integrating the largest regional European fleet of OB vans and ongoing innovation efforts towards HD, 4K, RF, augmented reality, and all digital developments.

Studios de France will come under the presidency of Gilles Sallé and the management of Igor Trégarot (Assistant Managing Director of AMP VISUAL TV) and will operate in osmosis with all AMP VISUAL TV’s support teams.

Without changing the spirit of AMP VISUAL TV’s capital structure (still owned by Gilles Sallé, executives and the same financial partners), the acquisition escalates studio turnover from €38 M to €63 M. Overall group turnover is forecast to reach €135 M and will include around 500 permanent staff.

Specialising in filming for TV, AMP VISUAL TV offers its services across the entire production chain for live programmes or live filming and broadcasting. It boasts one of Europe's largest fleets of OB vehicles (30) and flightcases (6) for outdoor broadcasting, as well as studios in the Paris area (43) including 8 with fixed video systems).

AMP VISUAL TV is recognised as a pioneer in new technological applications such as HD OB vans, 3D film, 4K, digital RF, streaming, web server, Media Centre and VR360. It produces 18,000 hours of programmes per year, notably for game shows, variety shows, entertainment shows and news and lifestyle shows, and is particularly visible in live performance, special events and sports, especially motor sports, with the latter being its speciality on an international scale. AMP VISUAL TV has an annual turnover of 135 million euros. The company has a team of 500 permanent employees, with offices in Metz, Lyon, Cannes, Toulouse, Nantes, Paris and Sables d’Olonne in France, as well as in Casablanca (Morocco), Abidjan (Ivory Coast) and Wavre (Belgium).