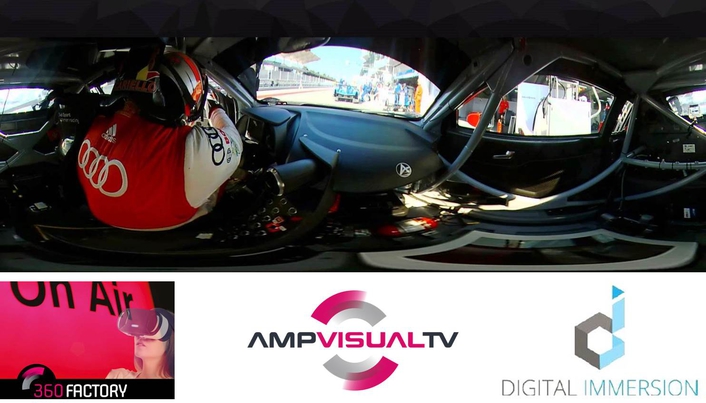 By pooling their skill-sets, the two companies have brought a unique player to the French market, one that is able to meet the growing demand generated by new immersive technologies.

360-degree technology uses special camerawork systems to virtually create a video bubble inside which the viewer can interact using glasses or a simple mobile screen. The immersive sensation is striking and offers significant potential for audiovisual creation.
The new 360 FACTORY company takes things a step further, allowing producers to offer this technology live.

Combined proven expertise.
"Over the past 30 years, AMP VISUAL TV has emerged as one of Europe's leading televised filming companies. The company has always strived to stay ahead of the major broadcasting trends," explains Business Development Strategy Director Stéphane Déry. "Over the last few years we have worked on a huge number of VR360 projects with the support of DIGITAL IMMERSION, the French specialist in this type of filming."

The client list for this double helping of experience and expertise includes major broadcasters such as TF1, BeIn SPORTS, Canal+ and France Télévisions.
"Experience is a key component of this technology," explains Julien Levy, Digital Immersion's Technical Director. "Combining our own skills with the shared ones brought to the table enables us to stay ahead of the game."

With the workflows having been fine-tuned, the two companies have now announced the joint venture they have set up in order to bring these services to the market on a larger scale.
360 FACTORY will offer clients all full-package turnkey solutions, from recording and post-production to streaming. 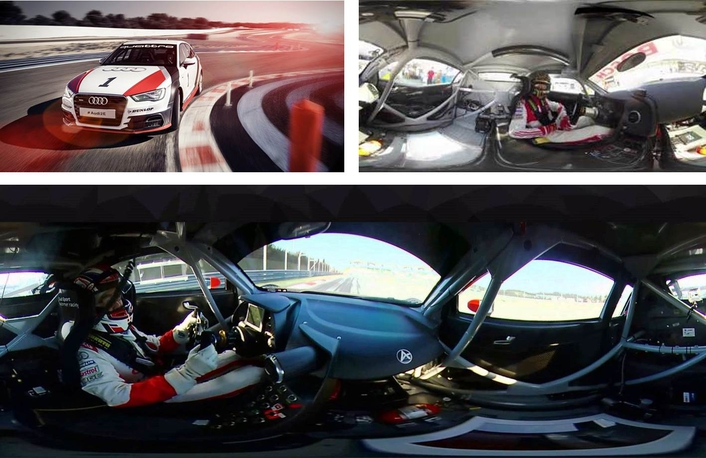 About AMP VISUAL TV
Specialising in filming for TV, AMP VISUAL TV offers its services across the entire production chain for live programmes or live filming and broadcasting. It boasts one of Europe's largest fleets of OB vehicles (30) and flightcases (6) for outdoor broadcasting and studios in the Paris area (20) including 8 with fixed video systems.
AMP VISUAL TV is known as a pioneer in the field of new technological applications: HD OB vans, 3D film, 4K, digital RF, streaming, web server, Media Centre and VR360. It produces 15,000 hours of programme per year, notably for game shows, variety shows, entertainment shows and news and lifestyle shows, and is particularly visible in live performance, special events and sports, especially motor sports, with the latter being its speciality on an international scale. AMP VISUAL TV boasts an annual turnover of €108 m. The company has a team of 400 permanent employees. It has offices in Metz, Lyon, Cannes, Toulouse, Nantes, Paris and Sables d’Olonne in France, as well as in Casablanca and Abidjan.

About DIGITAL IMMERSION
Digital Immersion is a trailblazer for 360° video in Europe. Founded in 2007, the company specialises in designing, producing and broadcasting multi-platform immersive content. The company quickly found a foothold in virtual reality, and is an expert in using the major headsets on the market today.
The Digital Immersion team is comprised of 10 passionate individuals with a broad range of different skills and professional experiences, capable of covering all aspects of a given project.
DESIGN: A leader in the field, Digital Immersion specialises in designing immersive, interactive worlds with unparalleled impact.
ACTION: As a creator of innovative experiences, the company offers optimal 360° video recording and post-production whatever the filming conditions (on the ground, aerial, underwater).
BROADCASTING: As part of an industry that is constantly developing, the company ensures desktop, tablet and mobile accessibility as well as full compatibility with all major virtual reality headsets.