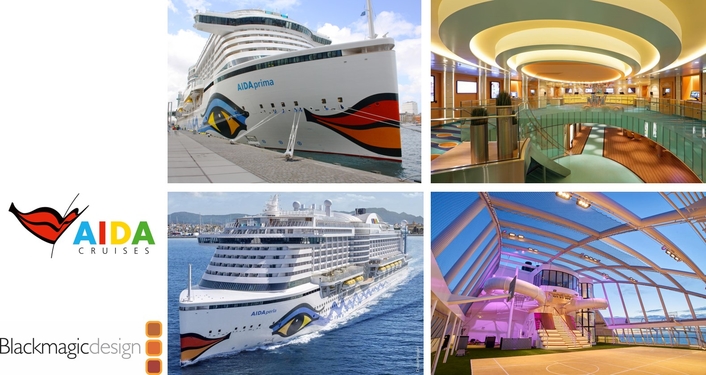 Blackmagic Design has today announced that its infrastructure products for switching, routing and monitoring are being used as the backbone to a shipwide AV solution for entertainment and leisure onboard AIDAprima and AIDAperla, which includes a state-of-art broadcast gallery for content production. 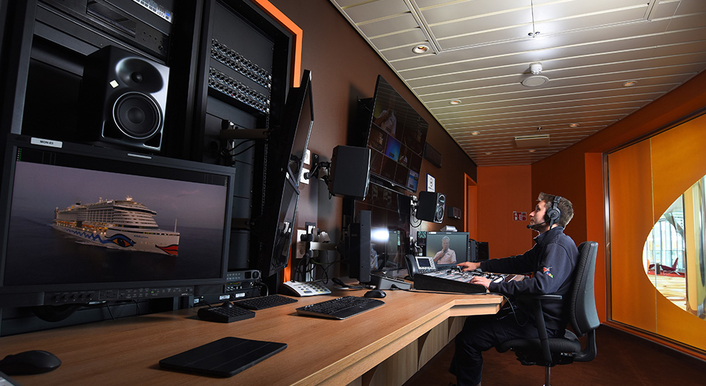 Each day the onboard content teams produce and broadcast a host of daily programing, including live shows, cruise itineraries and event schedules, to television screens throughout both ships’ 1,643 cabins and many public areas, as well as to a multipurpose, three-tier Theaterium which features a giant moveable LED stage backdrop.

As well as receiving signals from three PTZ cameras in the Theatrium, the gallery is also connected to a smaller onboard television studio and 55 optical fiber connection points. Located throughout the ship’s public decks, these afford the production team total flexibility when filming. 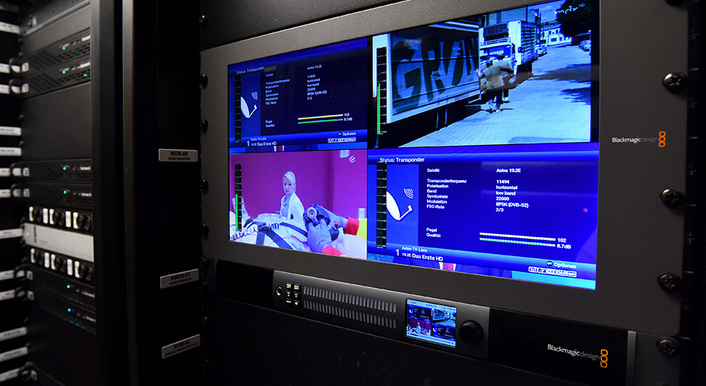 “Across the AIDA brand, we pride ourselves on the quality, variety and creativity of our onboard shows, so our live production has to be broadcast quality,” explains Steffen Bachmann, manager, Broadcast & Media Technics AIDA Cruises. “This is even more important on board AIDAprima and AIDAperla where we recreate AIDA versions of popular television formats in cooperation with license holders for onboard entertainment.”

The heart of each broadcast gallery is an ATEM 2 M/E Production Studio 4K and accompanying broadcast panel where a live program is vision mixed and fed through to the ship’s playout system. As the cruises also feature guest performers, many of whom bring their own videos for use during live shows, the Teranex Express helps to standardize all show material to 1080i50 regardless of its source. 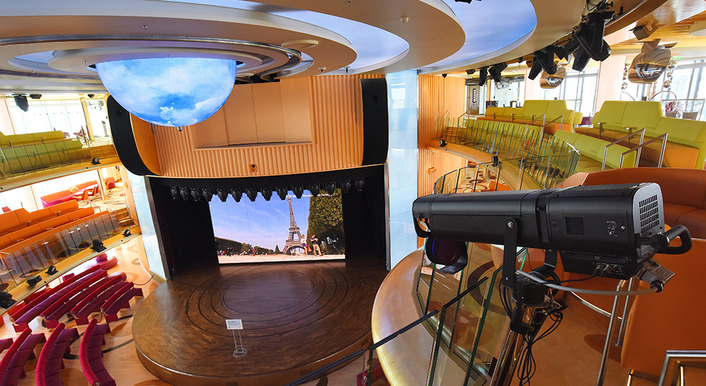 “When the ships are out at sea, the last thing you want is for a performer’s videos to be incompatible with our systems. The Teranex affords us total adaptability and guarantees that the show goes on, no matter what the production team is presented with,” explains Steffen Bachmann.

A pair of Universal Videohub 288 routers handle shipwide routing of audio and video signals, relying on a custom-built control app designed by AIDA using the Videohub’s SDK. Not only does it provide an interactive map of all connected fiber points and displays on the ship, but it can also be operated remotely by the central AIDA technical team in Hamburg, should the need arise. 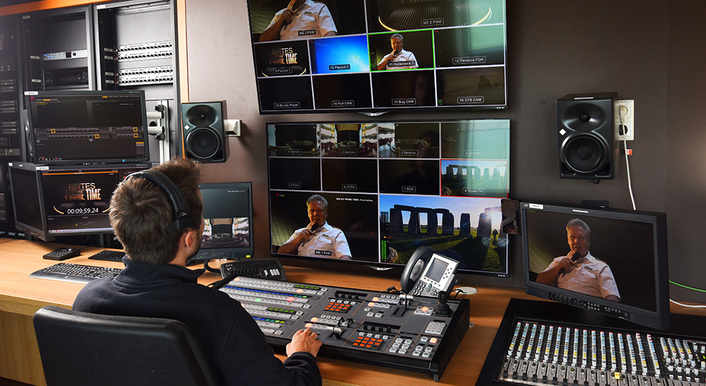 “When specifying the systems it quickly became apparent that a solution built around Blackmagic Design would provide us with all of the flexibility we’d need to handle live production, transmission, digital signage and post production,” concludes Steffen. “Not only has the solution proven robust and reliable, but we also found the equipment very straightforward to use, giving us a setup that would rival that of any broadcaster.”