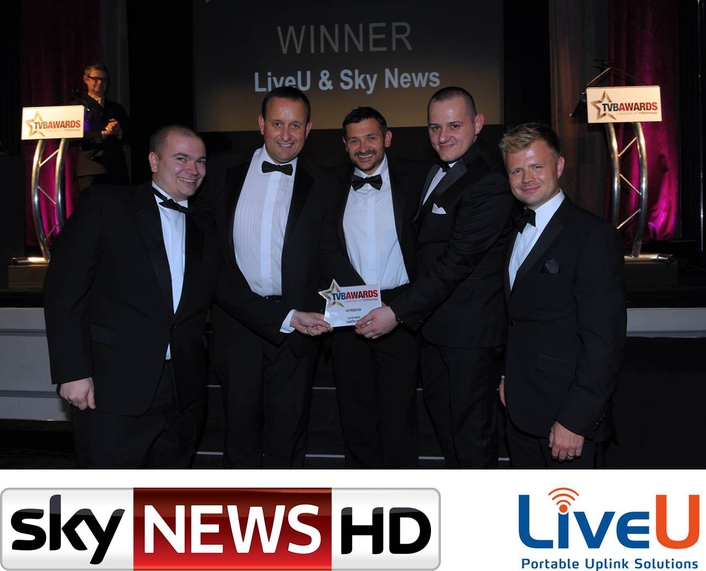 LiveU has won multiple awards, including the TVB Award for ‘Best Live Broadcast’ and TV Technology’s ‘Best of Show’ Award at IBC2015

LiveU, a pioneer and leader in IP-based live video services and broadcast solutions for acquisition, management and distribution, has today announced that 2015 has been the year of major award wins and plaudits from key industry figures for the company that leads its market sector.

Samuel Wasserman, LiveU CEO, said, “We are really pleased that our technology and leadership in the IP media space has been recognised and that we have had the chance to be involved in ground-breaking end-to-end projects as well as our ongoing support of global broadcasters. We look forward to next year with much excitement with the US Presidential Elections and major sporting events ahead, including the 2016 Summer Olympics and UEFA Euro 2016 Championship.” 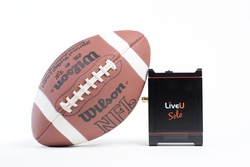 LiveU has won multiple awards as the year heads towards a close. Most recently it scooped the Best Live Broadcast honour with Sky News at this year’s TVB Awards, in association with TV Technology, for their innovative work covering the 2015 UK general election. This was celebrated at a black tie event in London.

Meanwhile, LiveU’s small form-factor LU200 took this year’s Streaming Media European Readers’ Choice Award for best Mobile Video App or Solution. At the same time, Streaming Media has announced – once again – that LiveU is one of the 100 Companies That Matter Most in Online Video in 2015.

IBC 2015 saw the company’s brand new LiveU Solo win a Best of Show award from TV Technology. This best-in-class streaming solution is aimed at the online media market, and is designed to fit seamlessly with web streaming workflows. LiveU Solo connects automatically to Wowza Streaming Cloud™, a cloud streaming service offered by Wowza Media Systems™, as well as other popular CDNs, OVPs and YouTube Live. Solo can be managed and controlled remotely via a web interface or smartphone.

LiveU and Sky News’ TVB Awards victory follows on from the announcement in August that the UK broadcaster set a new Guinness World Record for the most concurrent live web streams for an event – streams fed from 138 locations to cover 150 constituency results during the election. LiveU supplied 138 units for the coverage – including comprehensive testing - to allow the broadcaster to bring what was predicted to be a very tight election to its viewers. Garland Partners Ltd., LiveU’s UK partner, was closely involved in the project.

About LiveU
LiveU is the pioneer and leader in IP-based live video services and broadcast solutions for acquisition, management and distribution. LiveU's award-winning technology enables live video transmission from any location around the world with lightweight, easy-to-use equipment.  From backpacks to smartphones, and satellite/cellular hybrid to external antenna solutions, LiveU offers a complete range of devices for live video coverage anytime, anywhere. In addition, LiveU offers extensive cloud-based management and video distribution solutions. With top-tier customers in 60+ countries, LiveU’s solutions are being utilised for breaking and developing news and high-profile events, such as the FIFA World Cup™, Winter and Summer Olympic Games, Presidential Campaigns, Super Bowls, US Collegiate Championships and red-carpet events. LiveU’s solutions include multiple 4G LTE/3G, HSPA+, WiMAX and Wi-Fi cellular links, which are optimised for maximum video quality based on the available network conditions.