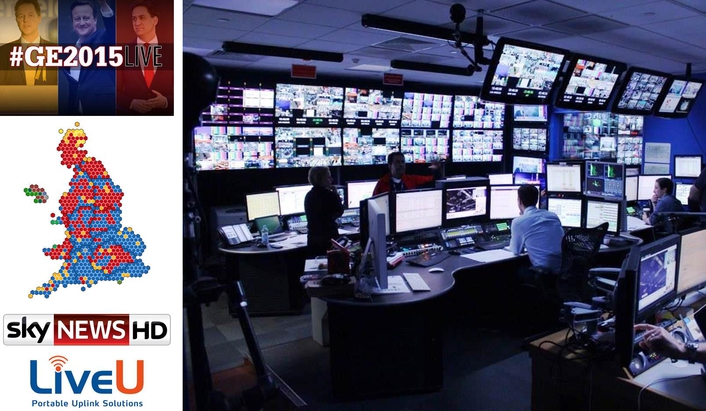 LiveU, the pioneer and leader in IP-based live video services and broadcast solutions for acquisition, management and distribution, has today announced that its technology was central to Sky News’ world record beating UK General Election coverage on May 7th this year. The UK broadcaster has confirmed that it set a new Guinness World Record for the most concurrent live web streams for an event – streams fed from 138 locations to cover 150 constituency results.

LiveU supplied 138 units for the coverage – including comprehensive testing - to allow the broadcaster to bring what was predicted to be a very tight election to its viewers.

Sky News described its coverage at the time as “the most ambitious and wide-ranging results service available and will ensure customers have the most up-to-date information as it happens”. This included a specially created studio at Sky News’ Osterley location.

LiveU units were managed and controlled by LiveU Central, the unified, cloud-based management platform, which enables fleets of units to be centrally controlled using geo-location capabilities alongside a host of other management options. 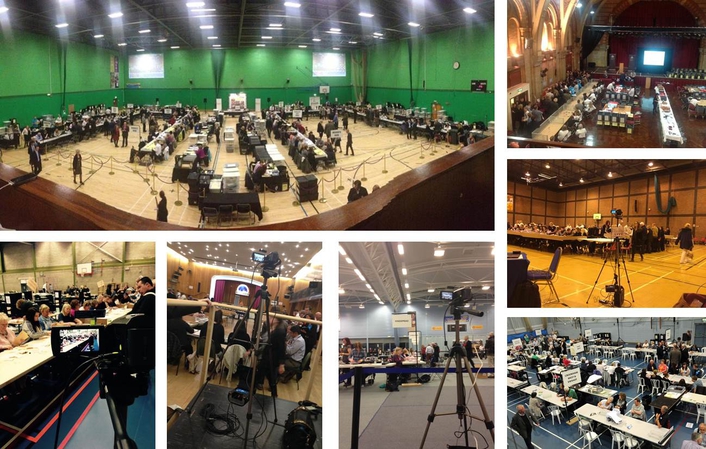 LiveU cellular bonding technology has already changed the way that elections are covered around the world, including last year’s Indian general election as well as those in Sri Lanka and also the 2015 Greek election.

Richard Pattison, Deputy Head of Technology at Sky News, said: "Getting the confirmation email was fantastic and an enormous relief. I had to provide a great deal of evidence to the Guinness World Records team to validate the attempt so I was slightly worried that what evidence we had might not meet their stringent criteria, but in the end it only took them a couple of days to ratify the attempt, which is great news."

Samuel Wasserman, LiveU CEO, said, “We were already proud that Sky News, one of the world’s leading news operations, chose LiveU as a key technology partner for the UK general elections. We are even prouder now following the tremendous success on election night and Sky News winning a world record. There are not many that can say that and it’s a true indication of the way that cellular bonding has changed live video acquisition forever.”

About LiveU
LiveU is the pioneer and leader in IP-based live video services and broadcast solutions for acquisition, management and distribution. LiveU's award-winning technology enables live video transmission from any location around the world with lightweight, easy-to-use equipment.  From backpacks to smartphones, and satellite/cellular hybrid to external antenna solutions, LiveU offers a complete range of devices for live video coverage anytime, anywhere. In addition, LiveU offers extensive cloud-based management and video distribution solutions. With top-tier customers in 60+ countries, LiveU’s solutions are being utilized for breaking and developing news and high-profile events, such as the FIFA World Cup™, Winter and Summer Olympic Games, Presidential Campaigns, Super Bowls, US Collegiate Championships and red-carpet events. LiveU’s solutions include multiple 4G LTE/3G, HSPA+, WiMAX and Wi-Fi cellular links, which are optimized for maximum video quality based on the available network conditions.