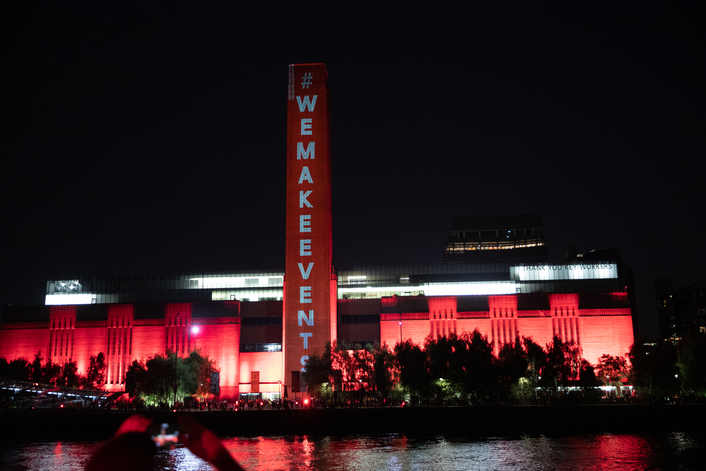 Yesterday’s #WeMakeEvents call to action focused on raising awareness for over a million professionals working in the technical side of the entertainment industry who have either lost, or are at imminent risk of losing their jobs - 600,000 of whom deliver live events, and around 70 per cent of the workforce are freelance. The government’s £1.57 billion investment to the cultural and arts institutions will not reach the key workers from the industry, and the imminent closure of the self-employed income support scheme at the end of the month further threatens their livelihood.

Over 715 buildings across the UK lit up in red yesterday to symbolise the current danger that over one million people in the live events industry face unless the government provides immediate financial support.

Twenty of the UK’s biggest cities hosted events to raise awareness of the struggling supply chain that facilitate events across the country – from theatre to concerts. From Minnack Theatre Cornwall to The Queen’s Hall Edinburgh, Principality Stadium Cardiff and the Millennium Forum Northern Ireland. In Manchester, two hundred technicians pushed redundant flight cases through the city centre as they observed COVID-19 protocols. 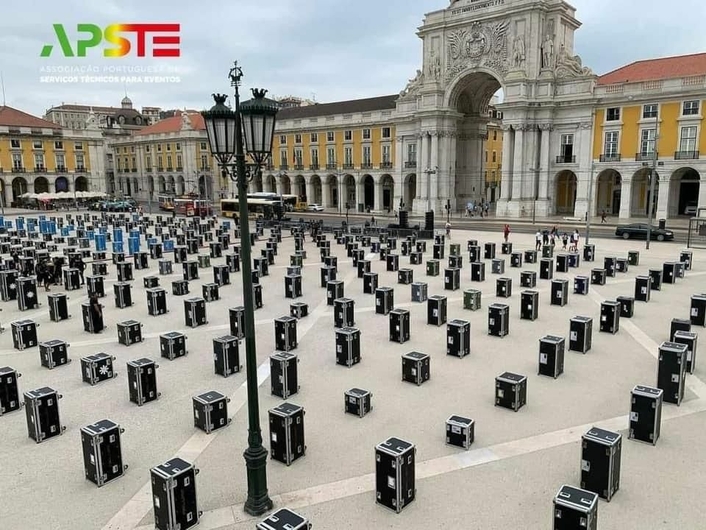 The capital’s finale began on a boat at 20:30, as it made its way down the Thames - passing Royal Festival Hall, the London Eye, the National Theatre and the Tate all illuminated red. As the boat reached key locations, such as Westminster Bridge and Jubilee Bridge - hundreds of volunteers dressed in red and 4000 socially distanced supporters lined up on the banks of the Thames in the capital to ask the government to ‘throw us a line’ 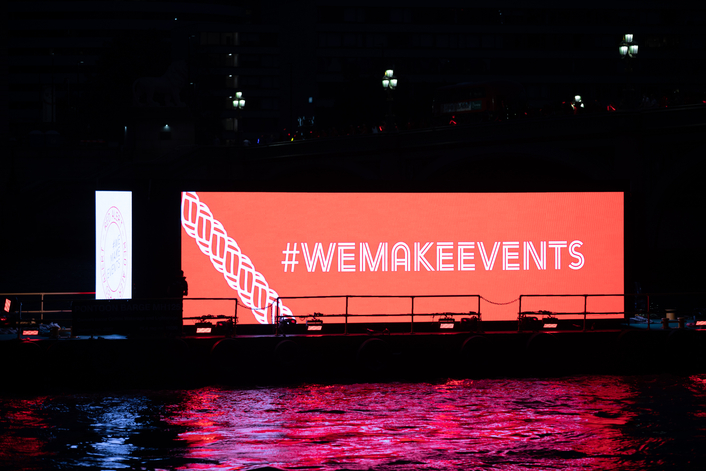 Performances from legendary Level 42 frontman Mark King and Folk singer Frank Turner were also on display on the boat as it made its way to a lit Tate Modern displaying “Throw us a line”
Unlike other industries, events, festivals, and performances have been unable to safely reopen due to social distancing guidance, and may not reopen until early 2021 – and opening times keep being pushed back. With no government support on the horizon for the event supply chain, redundancies have already begun. Research indicates that 25 per cent of companies will have served redundancy notices by the end of August, rising to 70 per cent by the end of December.

To facilitate this event, over nineteen trade associations from the live events sector collaborated for the first time to help save their industry. The initial #WeMakeEvents campaign by PLASA issued a ‘Red Alert’ last week, to symbolise the imminent danger the industry is in. 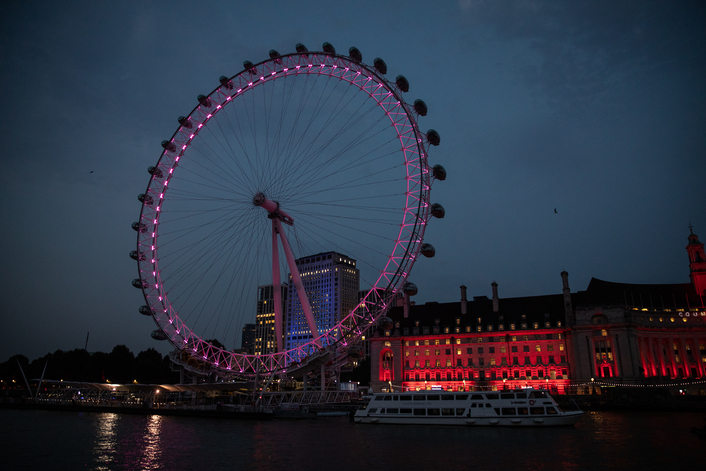 Peter Gabriel, singer, songwriter and activist, comments: “The live events sector employs over 600,000 highly skilled people in the UK - event production, audio, lighting, video, logistics, planning, transportation and technology - over 70% of which are freelancers. All of whom have had no work for the past four months, with little likelihood of restarting until Spring 2021 at the earliest.” 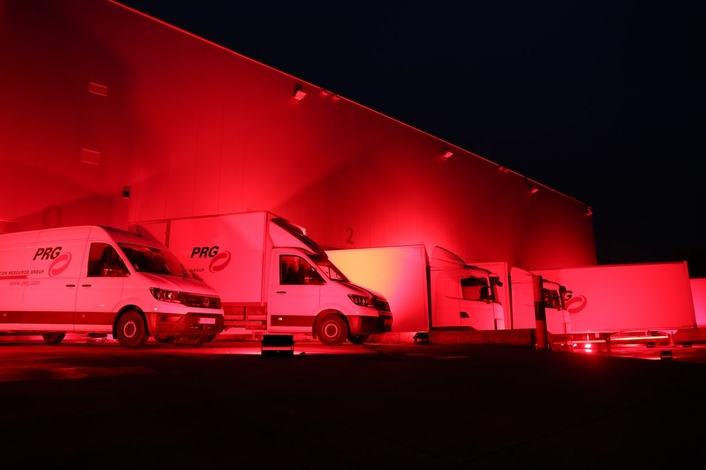 Peter continues: “A lot of high arts have now been given some support, but people working on the festival side of things and in live events have been forgotten about, and I hope they are not forgotten about any longer. Around the UK they’ve created something which I think is the best in the world.

“Many of these people are freelancers, so don’t fall under furlough schemes. So right now, they are feeling the pinch very badly and if we want live events and festivals to stay an important British business then it needs to be supported.” 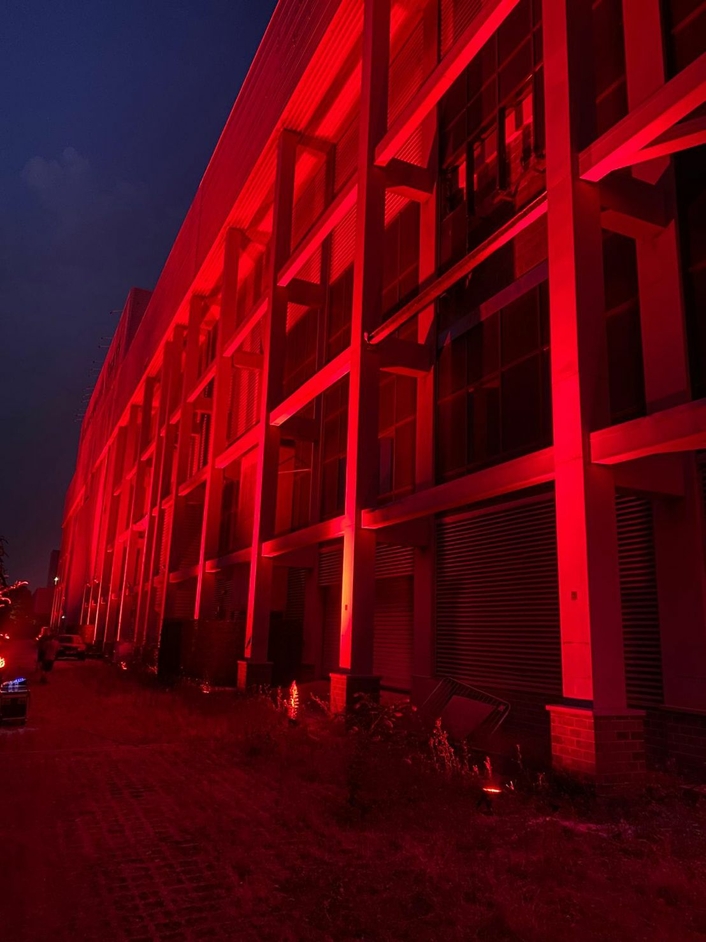 “The aim is to have financial support extended for the people and companies in this sector, until they can return to work. “

Peter Heath, MD of PLASA, comments: “The live events industry supply chain, essential to every single event in the UK, is set to completely collapse without financial support from the government, due to social distancing prohibiting mass events. Large scale events are not expected to reopen until Spring 2021 at the earliest, and the reality is that the sector can’t wait that long. While the Government’s commitment to provide £1.57bn to our crown jewels is welcomed, this does not help the companies and freelancers who work in the live events supply chain.  We’ve issued a ‘Red Alert’ for #WeMakeEvents because the sector is on its last legs, and now the whole industry is coming together to ask the government to ‘throw us a line.’”

Andy Dockerty, Managing Director of Adlib, comments: “The events sector has been absolutely devastated by the COVID-19 crisis, and there are few signs of any significant restart in the near future. Without immediate support, the entire live events supply chain is at risk of collapse, and some 1 million highly skilled professionals face many more months of financial uncertainty. We need the government to understand the urgency of the situation, and so we call on industry members to make their voices heard and join us on the evening of 11 August.” 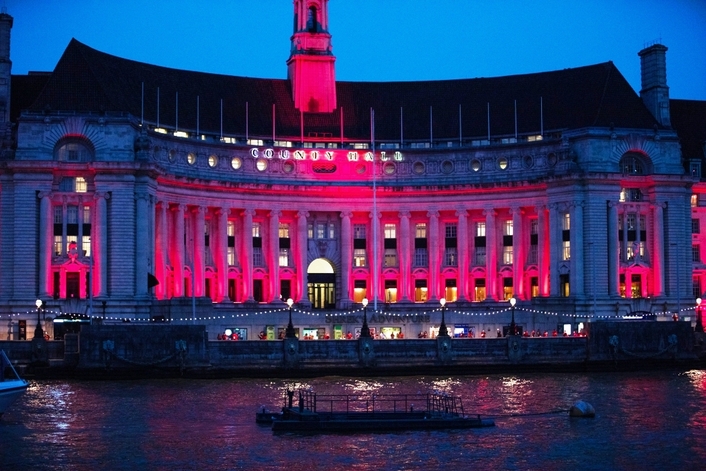 Paul Ricketts, comedian and theatre stagehand, comments: “The #WeMakeEvents day of action lived up to its name. It was humbling to see so many live performance workers thronging both sides of the Thames and the bridges that cross it. So to read today of Rishi Sunak warning of "hard times ahead" makes last night's trip more poignant, as I can assure the Chancellor that for stand-up comics the 'hard times' are already here. Live other freelancers, causal or self-employed workers in the live performance sector, comedians were among the first to lose work and see their industry decimated from the effects of lock down. We know we will be the last to return and not only are we worrying if we will have an industry to return to post lock down, but we are also struggling to make ends meet in the here and now. That's why the Government repeatedly pointing to the £1.57bn given to the Arts Council gives no comfort to professional stand-up comics. We urgently need an extension of the Government's Self-Employment Income Support Scheme beyond October and into 2021. For comedians our highest earning period of the year starts just as SEISS ends. That is madness and Rishi Sunak must act to help comedians and other self-employed workers in the live performance sector.”

Ollie Jeffery, Head of Production and Technical, Royal Albert Hall, comments: “Events at the Royal Albert Hall rely on countless suppliers, manufacturers and freelancers, and we will all need to work together to make the shows of the future. ⁠Many livelihoods across the industry are now at stake and it was both heart-breaking and heart-warming to be part of the industry coming together yesterday to call for support.”

James Gordon Managing Director of DiGiCo, comments, “It was great to see the industry coming together in a controlled way. The aim was to demonstrate the plight of the skilled freelancers working within our industry and the companies in the supply chain that put on the best shows in the world. I think we achieved that, but there’s more work to do.” 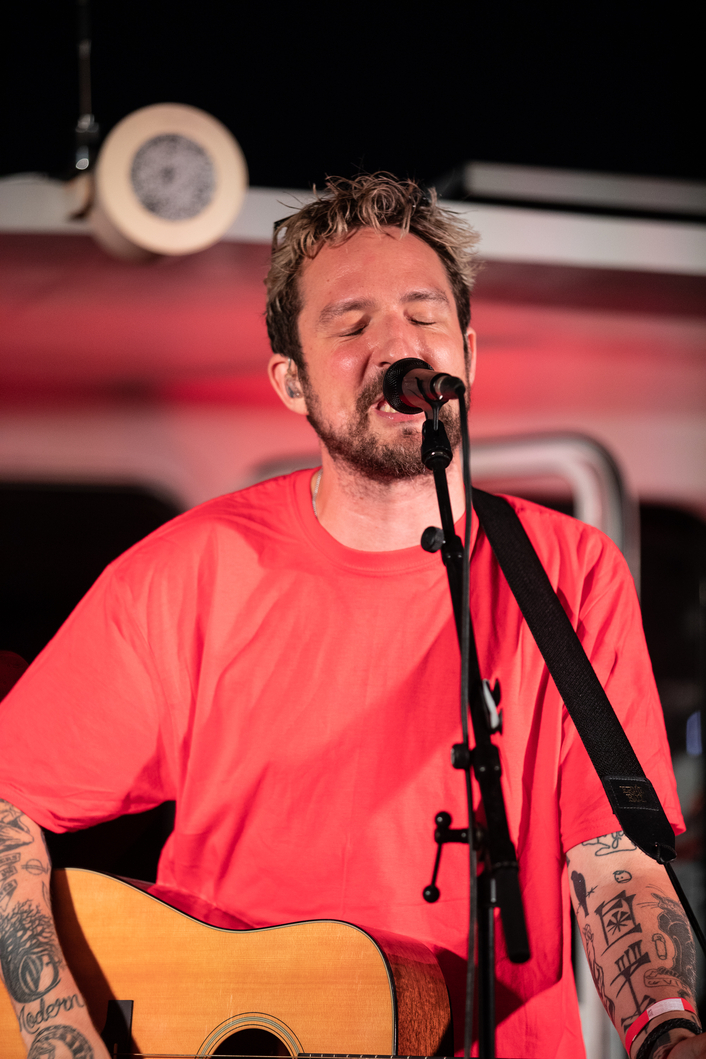 Gary White -  Producer of the Activities for the Campaign #WeMakeEvents, comments: ‘It is just overwhelming to witness the professionalism and dedication of everyone that was involved in producing this and those people who registered and responsibly came out to be seen and heard peacefully in London and  in all regions across the UK.

"Throw us a line" on Tuesday 11 August