Media Can Recover from its Missteps

Howw nice of you to join us tonight and add COLOR to these monochromatic proceedings!" – Dr. Arliss Loveless, "Wild Wild West," Peters Entertainment, 1999

It seems like eons ago that we consulted with a bunch of equally young idealists in San Diego who were going to build the western U.S. part of the intergalactic network. The goal was to let people – initially just scientists, engineers, big thinkers – exchange data, information and share computer resources to streamline advances and produce a better world.

Couldn't remember our login with so many numbers and letters that we didn't need a password because no one could remember it. Even had it written on a piece of paper in our billfold.

First, it was Arpanet (Advanced Research Agency Network), then the DOD wanted to oversee it to save information flow from "them" and then simply Internet.

The San Diego arm was dubbed the California Educational Research Federation Network. They shortened it to CERFNET; but before it became official, Vint Cerf, recognized as one of "the fathers of the Internet," was asked if it was okay with him.

The infrastructure was robust, he liked what he saw and BAM! CERFnet it was.

Two of the key people at CERFnet, Pushpendra Mohta and Manny Robles, drove around the state's educational institutions and military/industrial complexes in a beat-up VW with tons of cable connecting computers and minds to pool ideas, speed discussions and make the world a better place.

Back in the late ‘60s,Vint Cerf and the folks I worked with for 10 years at CERFnet had no freakin' idea how awesome the internet would be.

Two of the key people at CERFnet, Pushpendra Mohta and Manny Robles, drove around the state's educational institutions and military/industrial complexes in a beat-up VW with tons of cable connecting computers and minds to pool ideas, speed discussions and make the world a better place.

Back in the late ‘60s,Vint Cerf and the folks I worked with for 10 years at CERFnet had no freakin' idea how awesome the internet would be.

Okay, it has become immensely popular, but things haven't worked out exactly as planned.

Who knew folks – especially kids – would be telling the world their deepest secrets, where they're at, what they're doing, who their doing it with and documenting it all with photos on top of photos on top of ...

No one could imagine that we'd be plugging everything into the internet – smartphones, microwaves, refrigerators, cars/trains/planes, power grids, screens of every shape/size and yes; computers for hackers, digital criminals, countries looking for ways to exploit, expose, eradicate each other with it.

Instead of a free and open exchange of information, the internet and its siblings on the Web where data collection, use and sale became the central focus. 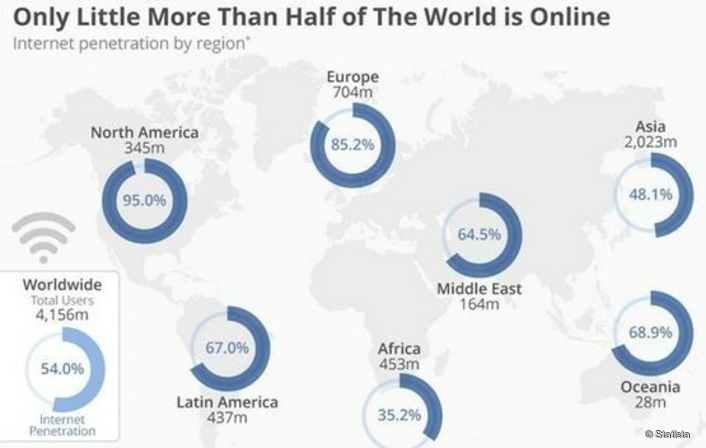 Half Way There – About half of the world's population is now connected to and active on the internet. Of course, there are some who will never get online and others who wish they could get off.

While Chinese tech firms used to copy Silicon Valley, organizations have taken off in a number of ways with short videos, podcasts, blogs, streaming TV--all on the social media players who know how to play.

Watched over by tens of thousands of censors and without the concerns of Europe's GDPR (General Data Protection Regulation); Tencent, Alibaba, Baidu, ByteDance and others have clear guidelines how data is collected, stored and shared. 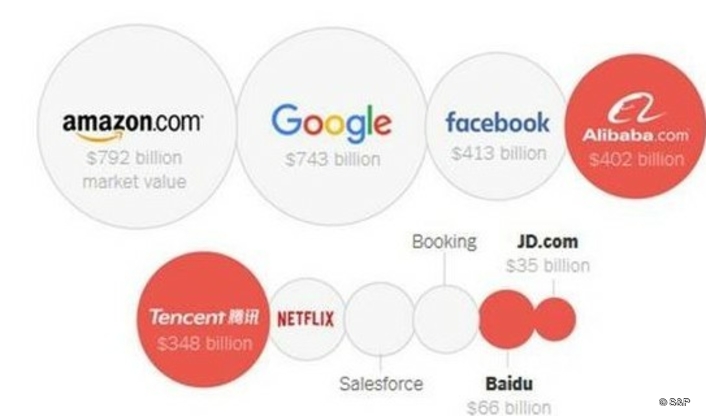 Money Makers – If you're one of the recognized social media stopping points it can almost be like printing money as long as you abide by governmental rules of the road.

Creatvity is in full swing. The one simple rule they have is … don't undermine the State!
Stuff people might post that is even tinged as anti-government disappears.
Everything else is fair game, including making money. That includes taking on the old, arthritic state-run businesses – media, finance and healthcare.
Okay, it's true; they do expect a piece-of-the-action and a little oversight of management; but it's mostly hands off if content isn't creepy, kinky or weird.
It could be worse.
According to Freedom House, the international watchdog organization, internet freedom has declined around the globe for the 7th year in a row. 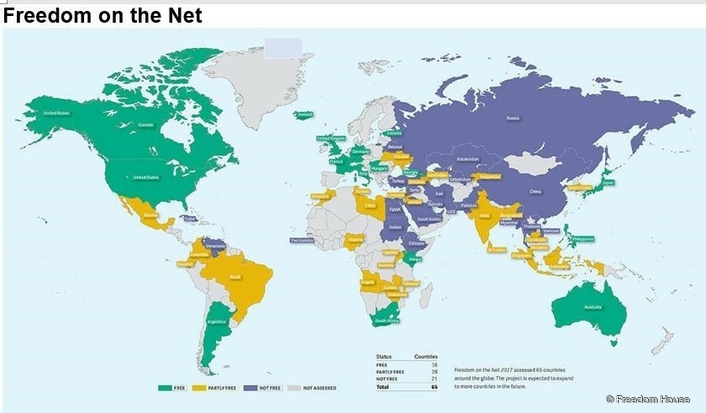 Internet Freedom Defined – While the internet was initially developed to ensure free, open and fast exchange of information and ideas; freedom has become a relative term. There were always commonly accepted rules of acceptable and unacceptable traffic

That's idealistic perhaps, but they feel everyone should have access to the same online experience, including free/open internet access.
The biggest abusers include Russia, Syria, Cuba, Iran, Vietnam , Egypt and China.
Even "free" nations like the U.S. saw a decline in their internet freedoms as governments balked at things like encryption security, VPNs (virtual private networks), manipulation of online posts, service disruptions, etc.
Governments are all for freedom of speech, assembly, etc.
Funny, they don't really like unbreakable encryption, and the inability to increase data surveillance/retention and checking folks/stuff out … for citizens' protection.

Person of Interest – Initially, it was a fictional TV show; but increasingly, tracking; facial recognition and surveillance services are gaining popularity with a number of governmental agencies around the globe

It is estimated that Brits have their photos taken an average of 300 times a day – not including GPS identified selfies - with cameras installed ... everywhere.

The great thing is that you can quit taking all the selfies … they do it for you!

While the internet was developed and deployed to permit open communications and information exchange around the globe, it is becoming balkanized.

Governmental agencies work to influence/confuse the other guys' elections.

They ban certain subjects such as LBGQT forums and issues to be discussed within their borders.

Certain commerce, online speech, political forums are verboten or the web service (and resulting income) is banned from inside their borders.

As a result, countries have increasingly passed laws to increase their control over how their citizens use the web.

Facebook's recent governmental and user pushback are excellent examples of how the internet has fragmented and the consequences of activities that may have appeared to be added openness…at the time.

We respect the work and goals of the internet founders ... fast, open communications and exchange of information and ideas to improve things for everyone.

But one of the most misbegotten ideas we have encountered was the proposed development of Quayside: 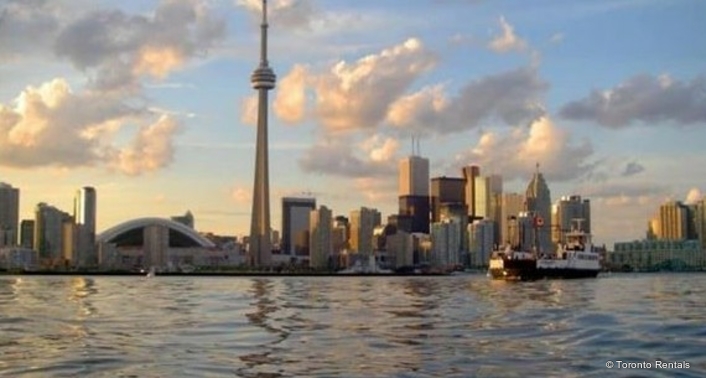 The idea was to turn Toronto's derelict waterfront into a sensor-enabled, highly connected community that could run itself for the good of the citizens.

The constant data flow would optimize services and be flexible enough to accommodate future innovations such as self-driving cars. Mass-produced sensors, high-speed broadband and low-cost cloud computing could gather, analyze and develop recommendations/decisions in realtime.

Garbage chutes would automatically separate recyclables, hyperlocal weather sensors would forecast changes and react accordingly, traffic signals would auto-calibrate based on traffic and events in the city, the system would constantly learn and optimize operations for the residents.

Of course, that also means the constant collection of citizen data, exchanges and connections between people and inputs on what they do/when they do it/ where they do it.

What could possibly go wrong? 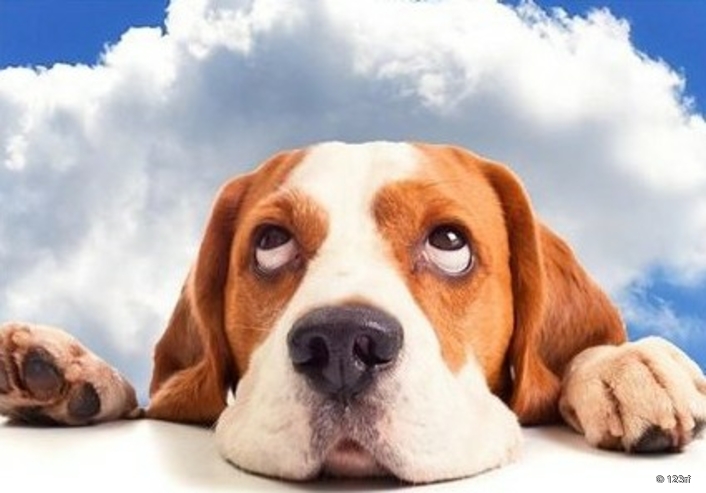 Facebook and the other social media destinations were envisioned as a way for families across the country/around the world to stay in touch. People could connect with old friends/business acquaintances and make new friends/acquaintances.

Facebook and the other social media destinations were envisioned as a way for families across the country/around the world to stay in touch. People could connect with old friends/business acquaintances and make new friends/acquaintances.

People's phones/computers became their instant connection to the world around them.

With cameras on the phones, you could share your dinner, sights, activities and whatever with everyone/anyone.

Capturing and sharing the moment became such a powerful draw that people fell off buildings and cliffs or stepped in front of trucks/trains/planes.

The devices and social media sites/activities became shields people could hide behind to brag, lie, strike out at, belittle anyone, anywhere, anytime.

People suddenly became emboldened to say anything, be anyone and be masked/hidden from their actions/activities 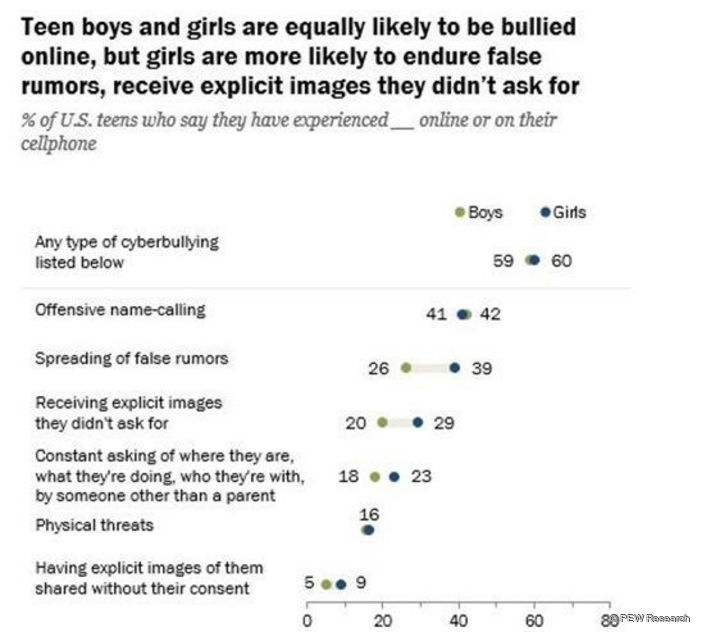 Bullies – While some people think it's fun to put down others on the internet, it simply isn't. In some instances, it has led to disastrous endings and in others perhaps minor discomfort. Still, segments of society do it because it elevates their self-est

Death by a thousand cuts on the internet has become a powerful, effective tool for individuals and organizations to carry on vitriolic conversations normal people would never consider in face-to-face communications.

Then read the comments.

It's not social media communications, it's social media conflict where individuals strike out at the author with such vicious commentary you question if any "normal" individual would say it to another human being if they were encountered on the street.

It's social engineering hacking and includes websites, fake news, bot accounts, people with an agenda, people looking to be or feel superior.

The activities/encounters also justify others to strike out and do/say things equally vicious or abusive.

The activity has become so repugnant that social media companies simply are not growing like they were a few years ago and some aren't growing at all.

In the U.S., internet access and utilization has grown slightly but social media has actually shrunk. 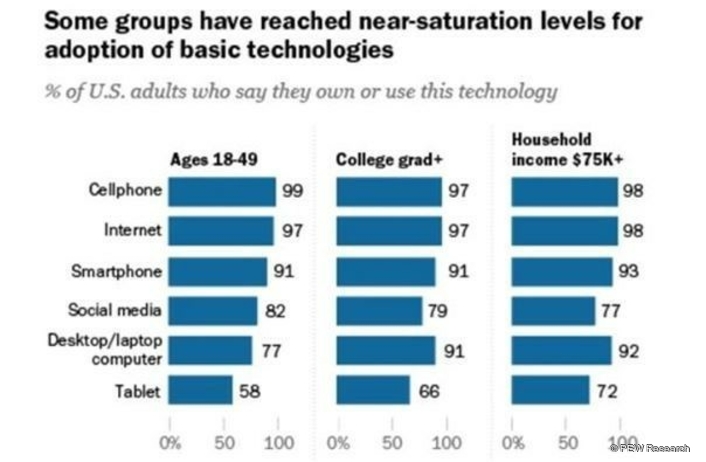 Decline – While connectivity devices have reached near saturation with people, social media involvement has shown a slight decline--perhaps because it's not all about you.

Facebook, Twitter and Snapchat are no longer adding new users in North America. Several have lost users and have begun making a concerted effort to rid themselves of bogus and malicious users.

This made things a little difficult for the "free" services because they derive their income by ultra-targeted ads and, without the profiled users, ads go unseen.

They can sustain earnings by selling user data to third-party firms; but, as we saw with Facebook and Cambridge Analytics, the practice is seriously frowned upon by the EU (European Union), the U.S. and users.

While this won't slow vicious attacks and fake news from being circulated by certain groups, their actions/activities may drive even more to abandon or shift to social media locations that are more concerned about the overall wellbeing of the global community.

Those individuals are probably more inclined to think favorably about the ads they encounter. 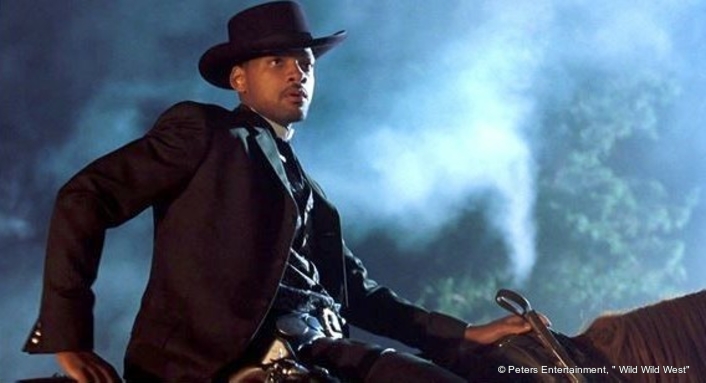 Zuck, Sheryl Sandberg, Larry Page, Jack Dorsey, Jack Ma and the heads of the other social media forums around the globe started out with good intentions and it might be beneficial to get back to that foundation before it's too late.

Most people will agree then with Capt. James West, "Well when a fella comes back from the dead, I find that an occasion to STAND UP and be counted!"

Of course, if Push and Manny hadn't been so gung-ho in connecting cables, maybe we wouldn't be in this mess ... naw, it still woulda' happened!

Internet May Be a Human Right, Streaming Content Isn’t
Internet of “Things” a Playground for Bad Guys/Gals
The Recipe for Everything You Want, Need