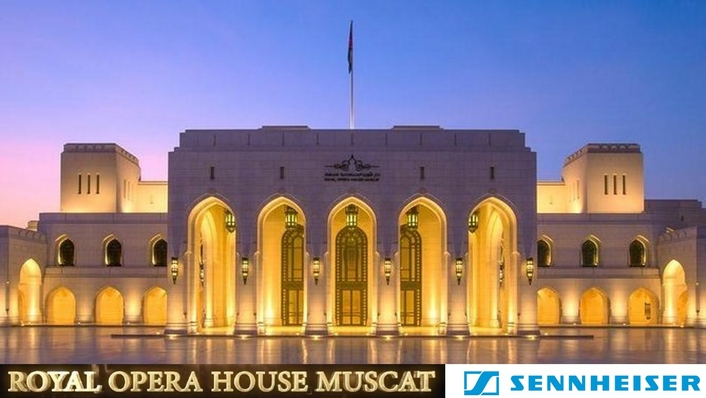 Closely following the growing popularity of virtual and augmented reality (VR/AR), immersive audio has become one of the hottest trends in the audio industry this year. In response to the growing interest in this rapidly maturing technology space, Sennheiser teamed with the Royal Opera House Muscat to host a three-day event for rental companies, broadcasters, AV consultants, and audio engineers.

As wireless audio is also becoming the de facto standard for flexible and future-proof installations, the audio specialist also dedicated the first day of this event to educating attendees on the nuances of RF theory and wireless do’s and don’ts.

Highlighting that the widespread adoption of a revolutionary new technology such as 3D audio must be preceded by ample education of the market by the pioneers of the technology, Ryan Burr, Head of Technical Sales & Application Engineering, Professional Audio at Sennheiser Middle East said, “Today, we have all the tools required for breath-taking immersive audio recordings and mixing, and with the advance of Virtual Reality (VR), 3D audio has become, for the first time, a must-have for an application. The interest and appetite for 3D audio in the region is evidenced by the impressive number of attendees.” 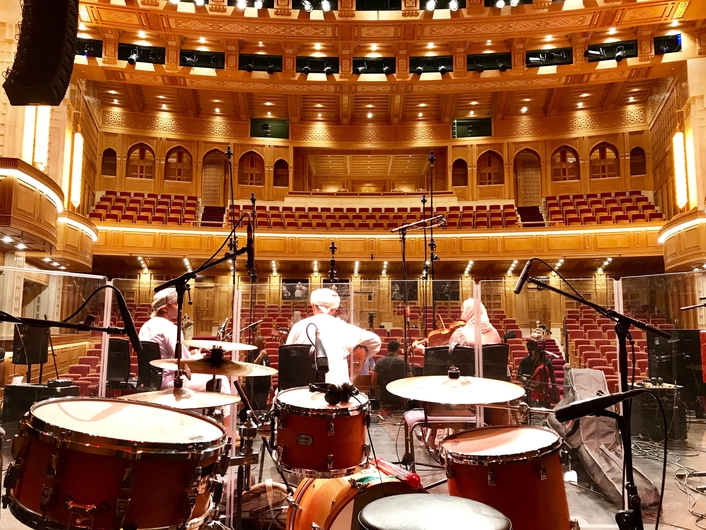 “With our workshop, we aimed to turn this interest into action which is why the larger portion of it was dedicated to hands-on sessions and walkthroughs of practical applications. We have no doubt that we will soon start to see the technology expand from being a niche domain, to an established and preferred audio standard with the power to deliver unforgettable experiences for listeners and audiences,” he added.

Following the initial session which familiarized attendees with 3D audio theory, and the special microphones and equipment utilized, Sennheiser’s team dived into the details of 3D audio capture. In what was the most anticipated aspect of the event, a live Omani band was recruited for this demonstration and the world-class opera house proved to be the ideal venue.

The next session detailed the mixing of immersive sound formats and here, the team also demonstrated the upmixing of content using Sennheiser’s patented algorithm.  The event concluded with the playback of the content created during the preceding sessions.

Among the attendees was Philip Perry, Business Development & Projects Manager at HiTec Center who praised the Ambeo Cube method of recording saying, "Having used the decca tree, hamasaki square, and surround decca tree (DPA) for classical recordings, I've found the resulting immersive experience is good but typically needs very careful set up. The Ambeo recording method does a great job of maintaining the space, localization, depth and clarity of the sources, and translates perfectly to a 5.1.4 immersive playback. For me, it is the most enjoyable immersive listening experience I have had.”

This sentiment was echoed by Bruno Silva, Assistant Head of Sound and Broadcast at Royal Opera House Muscat who said, “The Ambeo Cube recording method provides the opportunity for a more realistic recording by giving us the chance to capture the acoustic environment in a broader dimension. Regardless how creative one can be afterwards in post-production, I believe the Ambeo Cube is the future of audio recordings.”

Commenting on why he believes such workshops are essential for the industry, he said, “It's very easy to read about recording techniques and understand them technically, but there is no substitute for a hands-on demo, listening session and technical discussion. It was a well-planned seminar, with carefully considered content, a great presenter and a nice venue.  I would recommend this training to anyone in the industry with experience of recording and/or postproduction, and to colleagues with an interest in immersive audio production.”

Silva added, “It was a privilege to host and be part of the first Ambeo Cube immersive audio recording ever done in the Middle East, especially as this included the recording of traditional Omani music. I would like to thank Sennheiser's team for their support and commitment to working with us to create and promote this incredible and rewarding experience,  as it also represents ROHM’s commitment to embracing innovation and promoting education within our industry.”

Shaping the future of audio and creating unique sound experiences for customers – this aim unites Sennheiser employees and partners worldwide. Founded in 1945, Sennheiser is one of the world’s leading manufacturers of headphones, microphones and wireless transmission systems. With 21 sales subsidiaries and long-established trading partners, the company is active in more than 50 countries and operates its own production facilities in Germany, Ireland, Romania and the USA. Since 2013, Sennheiser has been managed by Daniel Sennheiser and Dr. Andreas Sennheiser, the third generation of the family to run the company. In 2017, the Sennheiser Group generated turnover totalling €667.7 million.