Sony announces three finalists for the ‘Sony Impact Award for Current Affairs’ category at this year’s Rory Peck Awards: Martin Boudot and Mathias Denizo for their film ‘Paraguay: Poisoned Fields’; Matthew Cassel for ‘The Missing’; and Rodrigo Vázquez for ‘Frontline Nicaragua’. The Rory Peck Trust helps to safeguard and strengthen independent journalism by providing practical and financial support to freelance journalists and their families worldwide.

The Rory Peck Awards, established in 1995, are the only awards dedicated to the work of freelance video journalists, filmmakers and news camera operators who work independently to uncover stories that support today's international newsgathering and the public’s understanding of the world.

The ‘Sony Impact Award for Current Affairs’ aims to recognise the work of freelance camera operators who examine an issue, story or situation which has an impact on viewers, policies, or public awareness.

The finalists for this year’s ‘Sony Impact Award for Current Affairs’ are: 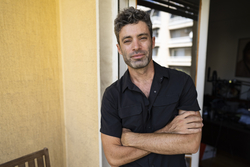 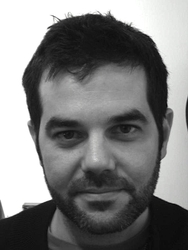 Hiroshi Kajita, Head of Media Solutions at Sony Professional Solutions Europe, comments: “In a turbulent year for news and current affairs reporting, the contribution of freelance journalism has never been more important.

“The finalists of this year’s ‘Sony Impact Award for Current Affairs’ showcase the enduring individual contributions to current affairs reporting, in challenging locations and with unique subject matters.

“Despite their differences, all three films are united by the power of their storytelling and the emotion that these images provoke in the viewer. Driven by what the power of image can achieve, we are proud to support their significant work and that of the Rory Peck Trust.”

The Rory Peck Awards are uniquely dedicated to the work of freelancers working behind the camera in news and current affairs worldwide. The ceremony is the main fundraiser for the Rory Peck Trust, a London-based charity supporting freelance journalists and their families worldwide. https://rorypecktrust.org/awards/ #rorypeckawards