Having colour control across all the units, they worked hard to reproduce the very detailed subtleties in hues required to replicate that certain 19th century aura

The Royal Academy of Dramatic Art (RADA) staged the London premiere of Scuttlers in its city centre GBS Theatre, an intense drama about the struggles and power politics of 19th century Manchester street gangs set against a steaming, grinding industrial revolution backdrop bringing massive social change and great uncertainty. The work was written by Rona Munro in response to the UK’s unsettling spate of urban riots in 2011.

Directed by Hannah Eidinow, the production was lit by Declan Randall, a South African theatre lighting specialist living in the UK, who made use of a number of different Robe fixtures available at RADA.

Declan was asked to light this production by Matthew Leventhall, RADA’s Head of Production Lighting, working alongside a team of RADA students.

He was delighted to accept the challenge. The stark, raw industrial set – designed by Postgraduate Theatre Design (Set & Costume) student Christianna Mason – “was a real gem” for any lighting designer, he says. It provided a great starting point, offering many interesting angles and rigging points for lights and using different levels and numerous colours and textures, he re-created the edgy, dangerous and precarious world of the Scuttlers.

For general ambience, the call was to replicate the smog and grime of factories and mills shot through with impressions of gaslight and flames, the two most common lightsources of the time. They also needed enough latitude to use theatrical devices for some of the show’s more choreographed and stylised moments … as well as presenting a few visual surprises!

“In short, I needed a very versatile rig”, stated Declan.

He used a combination of Robe fixtures – LEDWash 600s and 800s, DL4F Washes, DL4S Profiles and CycFX 8s – which were distributed around the venue and above stage to give multiple options. 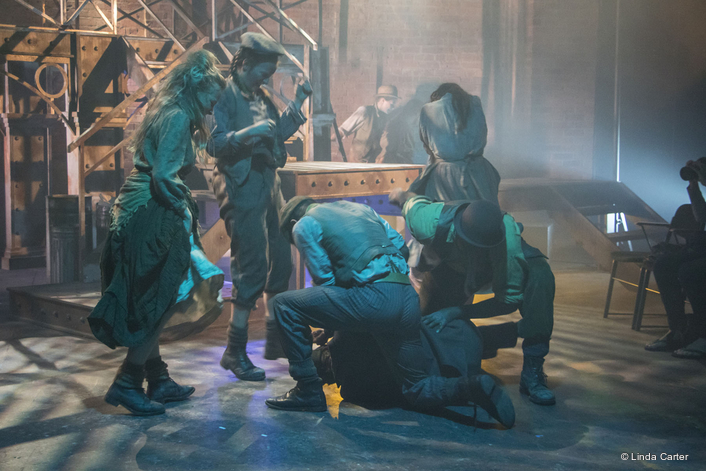 These mainly provided side and back-light as Declan has never been a fan of having moving luminaires in front lighting positions!

Two of the CycFX units were positioned on the floor and used to up-light the theatre’s brick wall backdrop. Two of the units were rigged overhead to be used as wash lights, but also to create intense shafts of light for some of the more stylised moments. The other two units were rigged vertically to cross light the areas on the bridge and under it.

Utilising the zoom, narrow bands of light could be created that just illuminated the wall behind specific pieces of action, while at other times, the whole back wall could be flooded with light similar to a cyc. 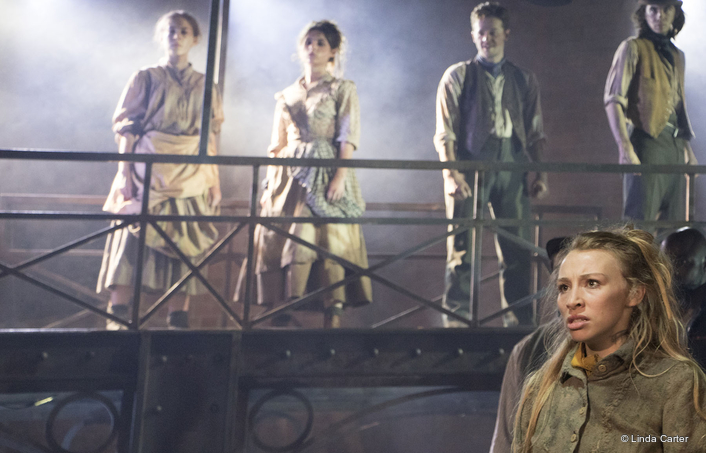 The LEDWash 600s were the key backlight source. Using just four units, Declan could cover the entire stage and again, the zoom gave scope for either narrowing down to highlight single moments or opening up to restore the full scene.

Declan loves a good gobo and gobo wash, so with an excellent standard selection in the DL4S Profiles, he was really happy. In addition to these, a couple of gobos were customised to be show specific.

“Gobos were used to add texture and depth to the scenes and to break up the mean underground ‘world’ with dramatic slices of light and convey the sense of fragmented light shooting through the bridges and steelwork. 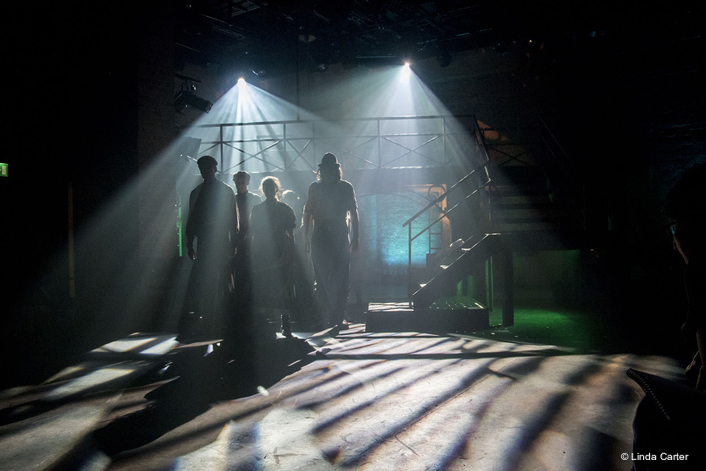 The DL4F Washes s were used for side lighting. Declan likes these and particularly the framing system, which gives a barn door functionality ensuring that light can be directed to exactly where it was needed.

It meant that he could side light the actors with the control of being able to shutter it out of the audience’s eyes.

Having colour control across all the units, they worked hard to reproduce the very detailed subtleties in hues required to replicate that certain 19th century aura.

“Being able to change focus, zoom, colour and gobo with relative ease, plus the beam shaping control on some units, is a huge benefit to any designer,” stated Declan. “You can respond quickly to a change in direction or blocking as you have the tools right there at your disposal!” 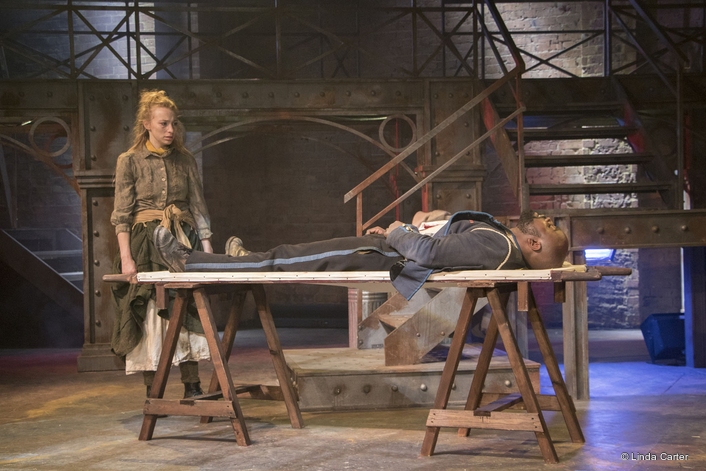 His main challenge in lighting this show was getting faithful replication of lighting from the era and eliciting a period drama feel, especially using LED luminaires.

“We really had to bend the technology to suit our requirements,” he explained, which required some complex colour and intensity control.

His favourite moment on any show is when a preset is active and the working lights are still on. As the workers are dimmed or killed, the whole space is magically transformed into the new world that you have been crafting: “it gets me every time... I love it”.

Declan thinks Robe currently has a good range of products available for theatrical applications as long as they are correctly and carefully used. He would not hesitate to use Robe fixtures on any show, primarily due to them being “reliable work-horses”. 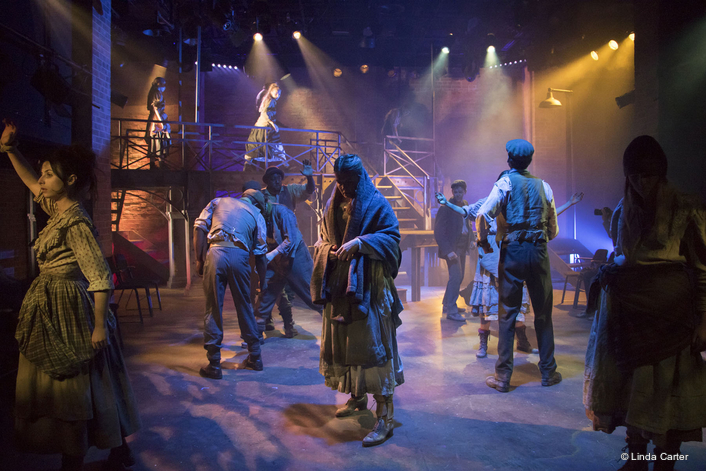 He’s been using Robe products for many years, the first production being at the State Theatre in Pretoria, South Africa over 12 years ago. Since then, he’s utilised them on a plethora of shows from plays to dance productions, opera and musicals – back then it was the then flagship ColorSpot and ColorWash 1200 series, one of the products that helped put Robe on the map as a new moving light brand.

Since then, Declan has used Robe extensively on a range of shows. “It’s been great to see how the range has increased, developed and improved over the years,” he observes.

Robe assists in supporting RADA’s lighting training and productions through equipment supply. Access to the best possible technology is an integral part of the training experience, in order for it to truly mirror the creative industries. This also offers Robe a front row seat in watching the growth of the next generation of technical talent”.