Riedel to Partner With PTScientists for Mission to the Moon

'Failure Is Not an Option'

As a technology partner for the upcoming Mission to the Moon, led by the Berlin-based PTScientists commercial space company, Riedel Communications will once again demonstrate its ability to deliver mission-critical systems. Riedel is providing the communications and signal infrastructure for the groundbreaking project in which PTScientists will aim to be the first private company to land on the Moon.

Mission to the Moon will attempt to place a spacecraft on the lunar surface, dispatch two remotely controlled Audi lunar quattro Moon rovers, and broadcast live video back to Earth in HD. Due to launch next year, the project is the work of PTScientists and their key technology partners, Audi and Vodafone.

"At Riedel, we're no strangers to performing under pressure, as demonstrated by our work supporting Felix Baumgartner's record-breaking free-fall jump from the stratosphere. After the massive success of the Stratos project, I wondered what would be next," said Jacqueline Voß, Manager, Corporate Development at Riedel Communications. "Being a technology partner for the Mission to the Moon is not just a huge testament to the reliability of our Artist and MediorNet solutions, but it also speaks volumes about our engineering teams that work behind the scenes. All of us at Riedel are thrilled to be a part of this project." 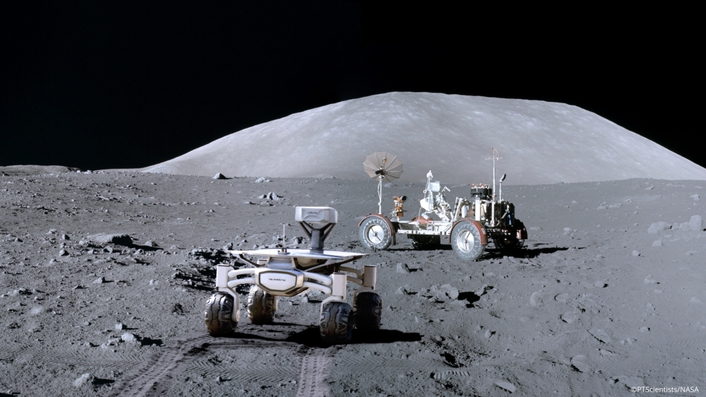 PTScientists chose the Taurus-Littrow valley for the Mission to the Moon, the notable landing site of Apollo 17 in 1972

PTScientists chose the Taurus-Littrow valley for the Mission to the Moon, the notable landing site of Apollo 17 in 1972. This location will provide a unique opportunity to see how the objects left behind by Apollo 17 have survived over 45 years on the Moon. After using a commercial SpaceX rocket to reach Earth's orbit, the PTScientists' ALINA spacecraft will travel to lunar orbit, before soft-landing on the Moon and releasing the pair of Moon rovers. ALINA will also be used as an LTE base-station, enabling data connectivity between the two rovers and the lander ALINA, and could also act as a communications base-station for future missions. 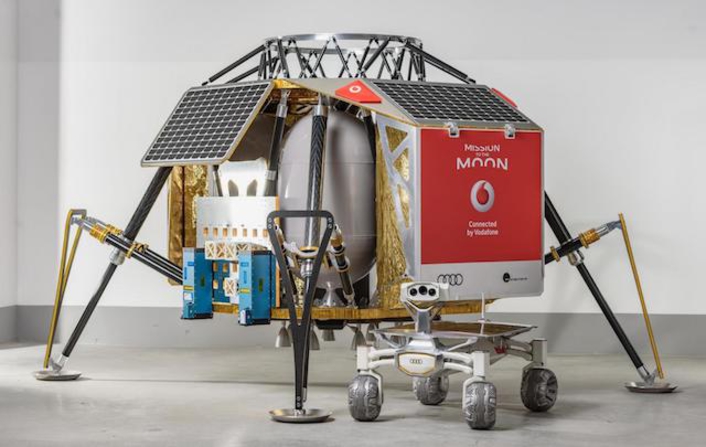 PTScientists' ALINA spacecraft will travel to lunar orbit, before soft-landing on the Moon

Riedel's involvement is multifaceted. As a technology partner, Riedel will provide essential communications via its Artist digital matrix intercoms and Bolero wireless intercoms for Mission Control and all aspects of the live telecast. In parallel, Riedel MediorNet systems will be used for all signal distribution and processing on the ground, including the video data collected by the Moon rovers.

"Landing on the Moon is very complex, and it is vital that each person on the mission is working with the latest mission data and has the ability to communicate with the rest of the team without delay," said Robert Böhme, CEO and Founder of PTScientists. "We're pleased to be working with a company that has a long track record of providing services in high-pressure, live broadcast environments. The Riedel team already understands what we mean when we describe things as 'mission critical.'"