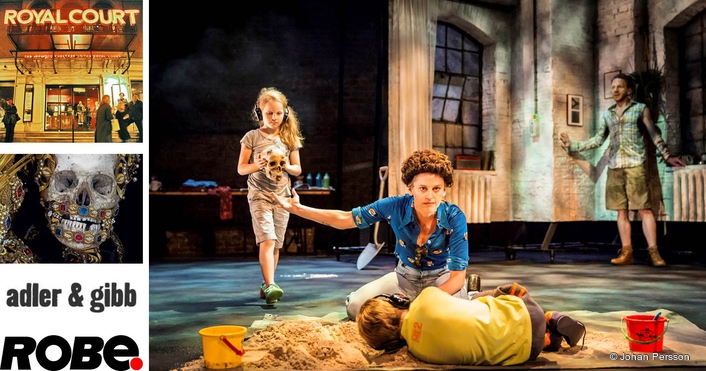 ,
Lighting for the recent edgy Royal Court Theatre (RCT) production of  Tim Crouch’s ‘Adler & Gibb’ was designed by award winning and leading theatre lighting designer Natasha Chivers, who included two of Robe’s MMX Blade fixtures in her lighting scheme which were used extensively throughout the drama.

The fixtures were rigged on an upstage bar, either side of the centre and used for two distinct and different effects. Firstly as back-light specials, and secondly, with the addition of gobos and crossing to downstage centre, they formed part of a forest break-up look that focussed on a grave.

The MMX Blade units were recommended to Chivers and Jack Williams, Chief LX at the Royal Court by Matt Prentice, Head of Lighting at RADA – after they have been very successfully used on productions there. (Williams is an ex RADA student).

The MMX Blades “Ticked all the boxes” says Williams because it is “Small, lightweight, very punchy and has great optics and shutters” … BUT, most importantly … because it’s a quiet fixture … and this is absolutely essential for any drama performance. 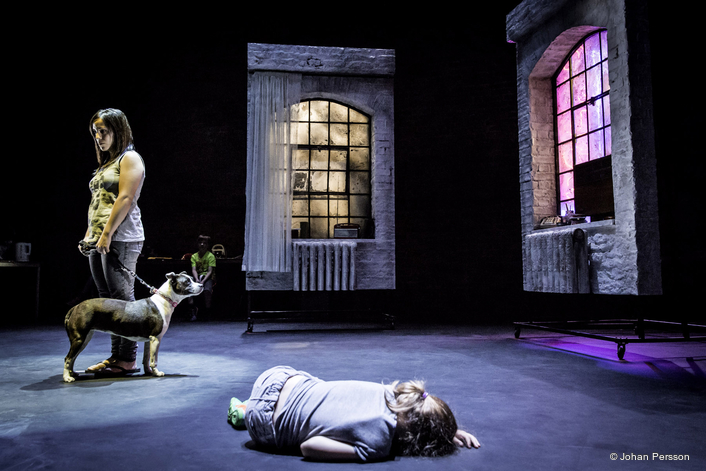 “Noise is our biggest issue,” he explains, which really restricts the moving lights that are appropriate for their shows. “It’s nice to be able to add the MMX Blades to a very small list!” he declares!

The RCT is one of London’s most cutting edge production houses, bringing a constant stream of new, experimental and challenging works to the capital.

They don’t have any moving lights in house, but will hire units as and when needed and according to a designer’s specific wishes.

Adler & Gibb – the tense headspace occupied by Janet Adler and Margaret Gibb, two major 20th century conceptual artists who hated the commodification of art and retreated to a remote location where one of them died – is a complex narrative that questions the authenticity and realism. 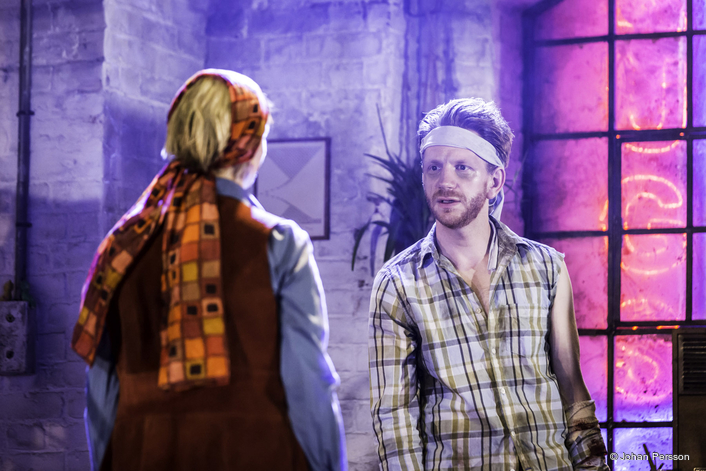 It was the first time that Chivers had used the MMX Blades and she was “Particularly impressed” by the remote hot spot control. She really likes the way this feature “Allows the beam to soften and fade away at the edges but retain a rich, dynamic centre which is more exciting and easier to blend with the rest of the lighting state than the normal flat, even beam  of most moving lights”.

She also appreciated the smooth colour mixing and the animation wheel which she was able to utilise as an “Elegant and delicate” water ripple effect, rather than the cruder ones that can be created with other fixtures.

She also thought the intensity was good compared to other moving lights in the rig.

The MMX Blades - based on Robe’s new technology MMX discharge fixture, which is comparable output to 1200W luminaires and with a framing shutter system into the optical path – were used in most scenes on the drama, integrated with some moving spot lights and TV lighting. 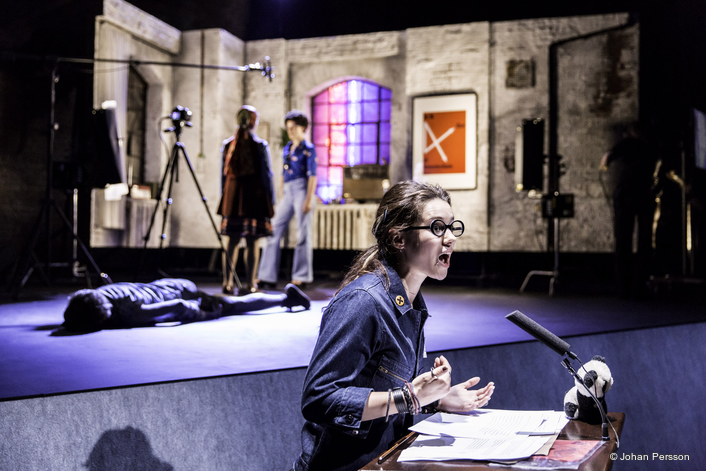 Jack Williams – who has used Robe products on various projects for around six years - comments, “I think they are fantastic and we will definitely be using them again!”

He believes that Robe’s reputation is now gaining traction in the theatre and the ROBIN series in particular and he is happy to specify the brand.