Largest ever full RAVENNA implementation for live event in Lille 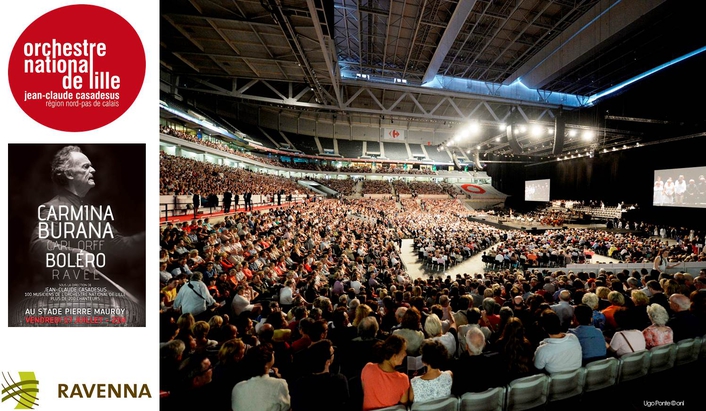 Over 16,000 people attended the 40th anniversary concert of the Orchestre Nationale de Lille (ONL) in July. It was the first time the orchestra had performed in the impressive Pierre-Mauroy stadium just outside Lille, usually reserved for premiership football matches; however, the stadium’s extraordinary design in which the northern half of the pitch lifts up and slides over the southern half to reveal a “showcase” arena for concerts and indoor sporting competitions complete with terraced seating below pitch level, provided the perfect venue for this momentous occasion. Indeed, the event ticked off a number of “firsts”; the first time for the ONL in the venue which is the first of its kind in Europe, and the first time that a full RAVENNA digital network has been deployed on a live event of this scale.

“It was an impressive setup,” recalled digital audio specialist Fred Blanc-Garin, who was there on behalf of the ONL. “We essentially brought in the ONL’s recently installed digital studio setup that now features a RAVENNA network, but we had to supplement it with additional material.” 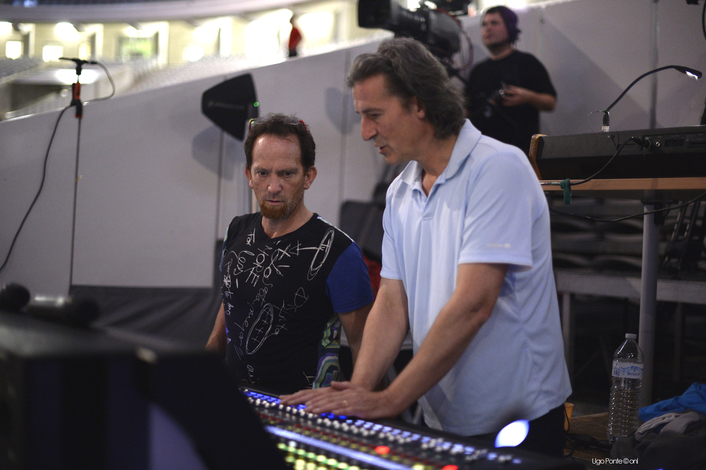 In total there were two Lawo mc²56 consoles: the first at FoH operated by experienced engineer and ONL veteran, Francois Gabert, who was also managing monitors from FoH, and the second console from Paris-based live audio recording specialists, Yasta, in a separate room for audio capture for recording and broadcast. The recording console was set up and operated by Delphine Hannotin from INA. 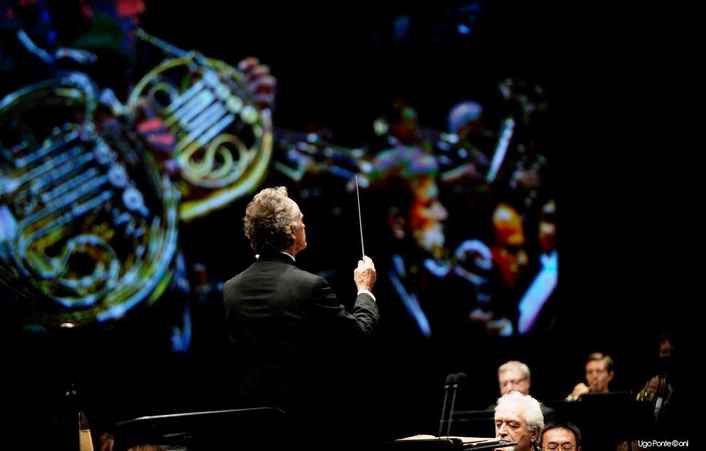 For the 100-piece orchestra and 200-strong choir the ONL team deployed a total of 78 digital microphones on stage, which meant that ten Neumann DMI-8 interfaces equipped with RAVENNA cards were required. Once collected by the DMIs, the microphone signals were packed into RAVENNA multicast streams and sent to a network switch where the streams were automatically duplicated. One set of streams was received by the FoH console and the second went to the broadcast console, and then on again to the Pyramix DAW. 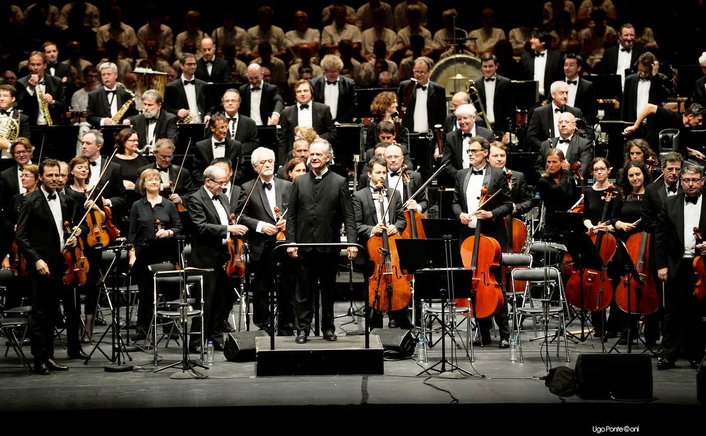 “It was the first time any of us had set up an event of this scale using RAVENNA technology which needed to demonstrate flawless interoperability between equipment from several different manufacturers,” explained Blanc-Garin. “As such, it was a lot of work (we expected that) but we were lucky to have first-class support from all concerned, especially Lawo and Neumann. The results were worth every second of the time invested – on the night everything worked perfectly and we all had huge smiles on our faces, from the technicians to the musicians and of course the audience. No other networking technology can offer this level of performance and scalability, and I’m convinced we’ve set the standard for the future.”

About RAVENNA:
RAVENNA is a technology for real-time distribution of audio and other media content in IP-based network environments. Utilizing standardized network protocols and technologies, RAVENNA can operate on existing network infrastructures. RAVENNA is designed to meet the strict requirements of the pro audio market featuring low latency, full signal transparency and high reliability.
While primarily targeting the professional broadcast market, RAVENNA is also suitable for deployment in other pro audio market segments like live sound, install market and recording. Possible fields of application include (but are not limited to) in-house signal distribution in broadcasting houses, theaters, concert halls and other fixed installations, flexible setups at venues and live events, OB van support, inter-facility links across WAN connections and in production & recording applications.
Unlike most other existing networking solutions, RAVENNA is an open technology standard without a proprietary licensing policy. RAVENNA is fully compatible with the AES67-2013 standard on High-performance Streaming Audio-over-IP Interoperability.