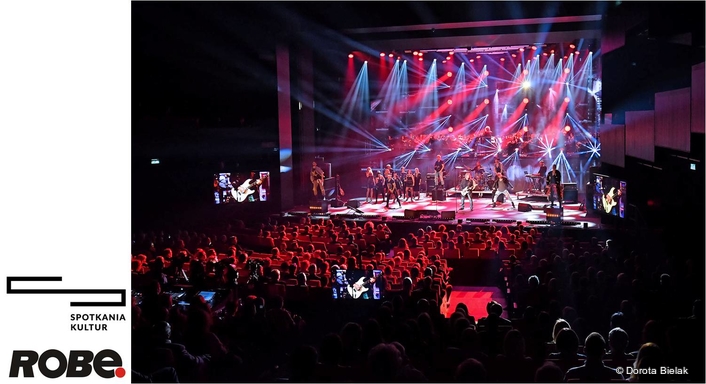 Centrum Spotkania Kultur (Centre for the Meeting of Cultures) – ‘CSK’ for short - in the heart of Lublin, Poland’s ninth largest city is an impressive and cool arts, performance and culture venue opened in 2016.

Its main auditorium is now the second largest stage in Poland. There is also a chamber space and a cinema hall, offering a lively, eclectic and interesting programme of new, classic, reimagined and experimental works by cutting-edge creatives from all over Poland and across Europe.

CSK has 70 x Robe luminaires in the main stage space - a combination of LEDWash 800s, BMFL Spots, Pointes and ParFect 100s - which were specified by CSK’s head of technical, Bart Pyczek.

The main auditorium seats near to 1000 people and is the second biggest stage in Poland, with a 54 metre depth, 15 metres of width and a lofty 26 metres headroom and some complex moving stage machinery. With all this technical excellence, Lublin can now stage shows that were never possible before, bringing a new energy, creative spirit plus huge anticipation to the city! 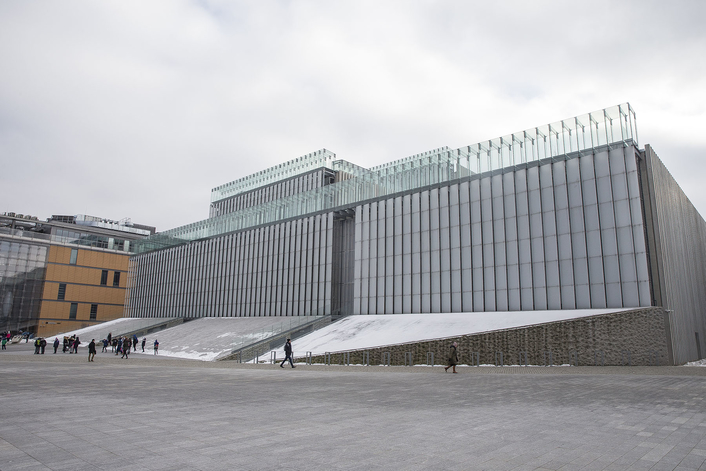 He was lucky enough to be involved in the specification process early-on, when the initial equipment schedules were being proposed by Lublin-based theatre consultant Boleslaw Stecmach. “His practice is involved in many important buildings all over Poland, however with this one, we all really wanted to do something new and innovative,” says Bart.

Bart recommended that Robe moving lights would be a flexible and highly cost-effective option.

He had used many different Robe products extensively at concerts and events in and around the city and the region before taking up his post at CSK. He also worked as a backline tech for music TV shows, and had seen a lot of Robe being used by companies like Transcolor in this context. They and several major TV studios and other rental houses specialising in the TV sector have invested in Robe in recent years due to the hard work of Robe’s Polish distributor, Prolight.

“I wanted Robe in the house to give us the best – and the most – options, and for the reliability,” states Bart.
The BMFLs he wanted for their sheer power and intensity, both to deal with the long throw distances of the main stage, and for the multiple effects possible with Robe’s signature fixture. With many productions featuring LED screens in their designs, he also knew fixtures that could compete and hold their own against these were a MUST! 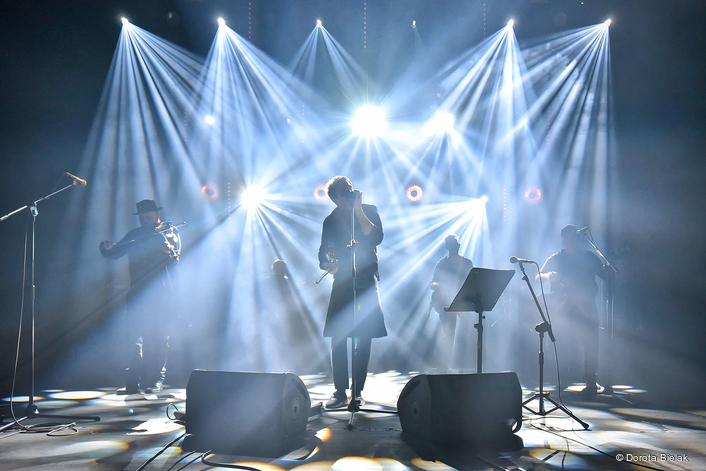 “I wanted Robe in the house to give us the best – and the most – options, and for the reliability,” states Bart.
The BMFLs he wanted for their sheer power and intensity, both to deal with the long throw distances of the main stage, and for the multiple effects possible with Robe’s signature fixture. With many productions featuring LED screens in their designs, he also knew fixtures that could compete and hold their own against these were a MUST! 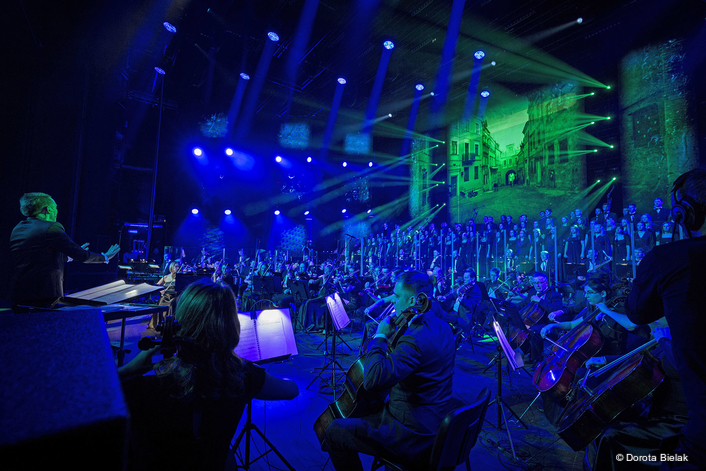 For productions that are either recorded for TV or streamed and broadcast live, the LEDWash 800 offers flicker-free performance and very even coverage, while the individual ring control gives lighting designers – both in house and guest – another complete  range of effects.
Pointes were also picked for their small size and numerous features, for the mind-boggling effects and the sheer dynamics they bring to the party, particularly for concerts and musical shows. 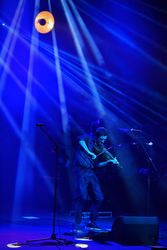 “You can simply do sooooo much with a Pointe” enthused Bart, “Spot, wash, beam, narrow wide, prisms, gobos … really the looks that can be created are endless. It’s a great fixture to have on-board”.
ParFect 100s have excellent optics and so they can be used for lighting, set, scenery and also architecture around the building, and they also have several authentic CT whites which are ideal for highlighting building details, in particular for rock and pop shows as well as for operas, theatre productions and modern dance.

“All these luminaires give us the range and scope we need to light the assorted genres and styles of performance”.
The vast majority of shows at CSK utilise the in-house lighting systems, and sometimes they have to sub-hire extras. Bart mentions that the healthy stock of Robes in Polish rental companies is very useful when they need additional fixtures!

Around 50 % of the shows - the main stage has between 12 and 16 per month on average - will be lit by the house lighting designers, with the rest bringing their own lighting designers, who are usually “delighted” to find a good compliment of Robes available.
Sometimes CSK stages three different shows on consecutive days, all with different orchestras over three days, all needing totally different lighting. This also makes working there exciting and never dull!

CSK works with the Grand Theatre and The National Opera of Poland, and a raft of international LDs which have recently included Marc Heinz who lit the opera “Die Tote Stadt” using the Robe rig. (Marc is renowned for his imaginative work with trance DJ and music producer Armin van Buuren)
Bart appreciates the great support they receive from Prolight – not that they need much as such as there are rarely any issues with the fixtures, but good service and after-sales is essential for any busy venue like CSK.

Bart and the technical staff run theatre studies courses at CSK in conjunction with Lublin University, with the main Technical Theatre modules all taught in cooperation with the venue.
CSK’s stage machinery system was also supplied by a Czech company, EST Stage Technologies from Tsjechië, lighting control is a grandMA and they have a 52 bar / bridge house winch system to take care of all the main stage flying.

About CSK
In the early 1970s, the first mock-up of the building was created by architectural practice BPBBO Miastoprojekt Lublin in 1972.
In 1974, the communist governors of Poland had the unrealistic idea of building the biggest opera hall in the country in Lublin. To show the power of their system, they started the construction based on a project designed by Professor Stanisław Bieńkuński from Warsaw. An economic crisis ensued and the investment was stopped, but the ambition and idea was never forgotten due to what became the derelict shell of the building located right in the city centre. 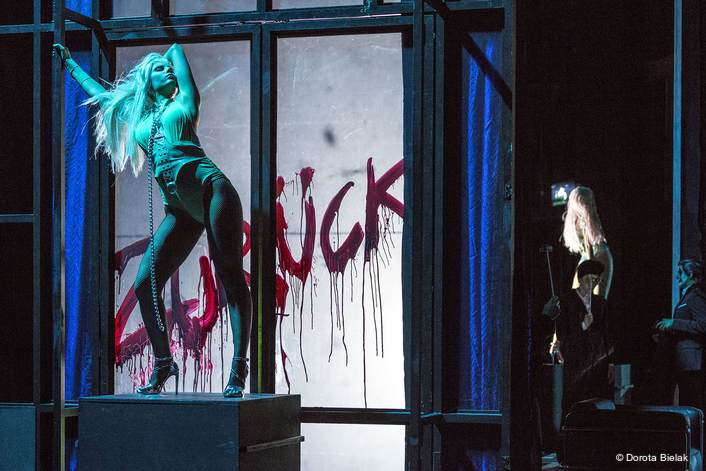 Lublin’s inhabitants referred to it as “The Theatre under construction” for the next 40 years.
Fast forward 37 years to 2009 - after one major construction stop / start - the final build got underway and the concept was completed in 2016, bringing a new era and spirit of creativity and cultural vision to the region.

The part European Development Fund / part local government investment financed project saw the realisation of the imposing modernist structure – beautiful in its monolithic simplicity - designed by architectural competition winner Bolesław Stelmach. In his vision he managed to connect 40-year old remains of the original, never finished building with contemporary thinking about culture specific spaces … which is now The Centre for the Meeting of Cultures.
The finished CSK proudly and seamlessly amalgamates the original building’s structural steel skeleton into the final landmark design.