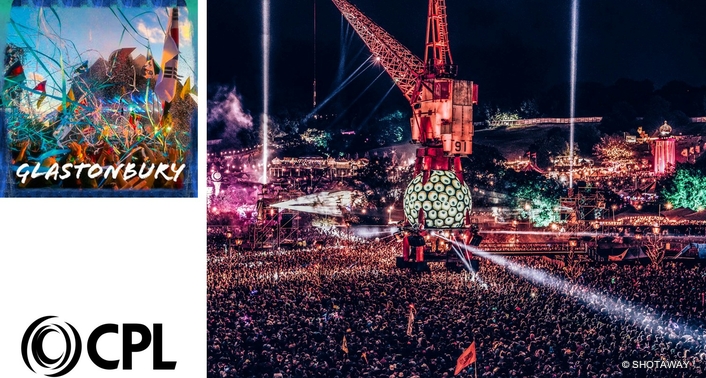 While 200,000 festival goers enjoyed glorious weather, sizzling temperatures and another stellar line-up of music and art at the 2019 Glastonbury Festival of Contemporary Performing Arts, the buzzword on everyone’s lips was ‘Pangea’. “A primordial world of infinite possibility” promised the latest immersive AV, lighting, sonic and pyro fuelled adventure created by Arcadia Spectacular under the artistic direction of Pip Rush and Bert Cole, and the spectacle produced around the magnificent 50 metre crane structure towering above the Arcadia area didn’t disappoint!

Technical production specialist CPL was delighted to continue its working relationship with Arcadia by supplying 6 x Barco UDX-4K32 projectors with fibre optic signal and control infrastructure for 360-degree projections that were integral to the show based around the magnificent 140 tonne centrepiece of Pangea.

Arcadia celebrated its 10th year at Glastonbury, having previously implanted their giant 50 tonne spider stage in the hearts and minds of fans for the best part of a decade in an ongoing quest to offer a totally different festival going experience! 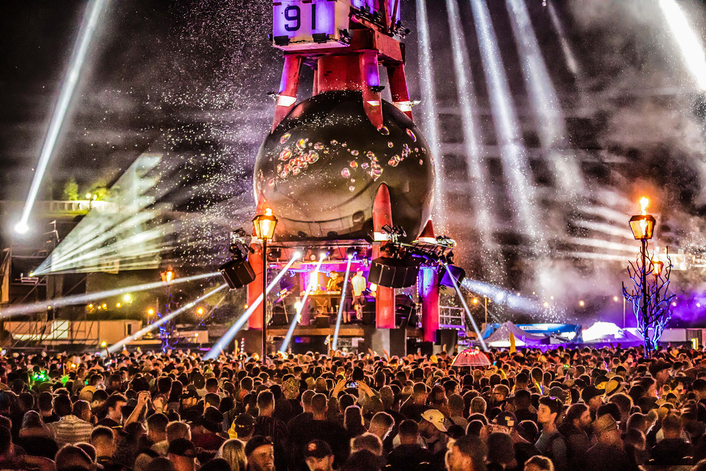 Pangea is the next stage of that journey.

Arcadia’s structures are built entirely in scrapped and repurposed materials. The crane, a graceful artefact of industrial architecture, was transplanted from Avonmouth Docks in Bristol, just 30 miles down the road, sourced after Pip, Bertie and the team scoured scrapyards worldwide for suitable materials.

Constructed in Somerset, it had resided and worked at Avonmouth since its installation in 1975, more recently rendered obsolete by larger capacity lifting kit. The ley lines of Worthy Farm will be its new home for at least the next 4 years. 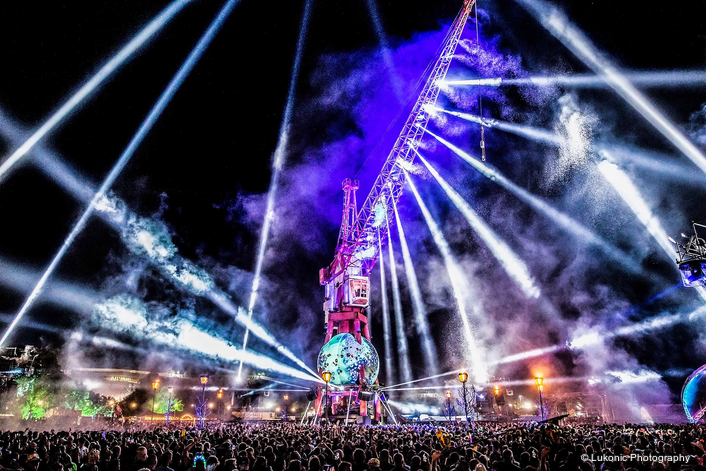 Below the crane control room - which moves the jib -  a reconditioned radar dome has been added to the massive steel legs of the structure, and the DJ booth is below that, about 10 ft above crowd level.

The projectors were positioned on six 10-metre-high purpose-built towers located 40 metres away from the radar dome in weatherised hides. 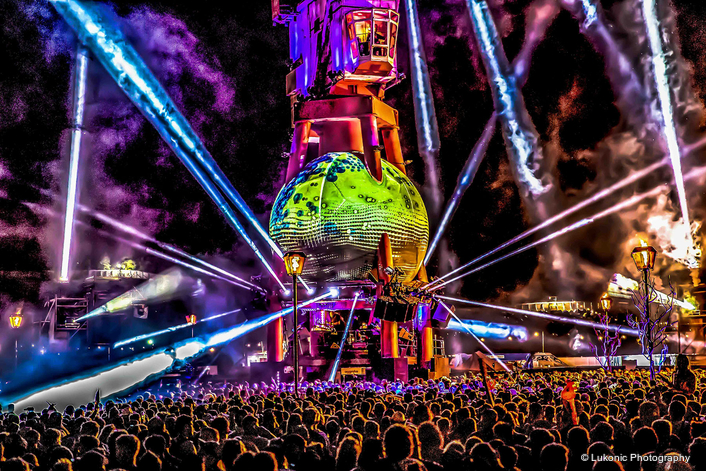 All the video content for the Pangea shows was created by Joe Crossley from digital art collective Astral Projekt alongside Heckler, and programmed into Arcadia’s own AI media server by Ciaran Abrams.

CPL also supplied an array of their 1.2 metre Roe pixel Strips for internally lighting the DJ booth, and dispatched three crew – Mike Radford, Robin Emery and Anthony Condon – for the weekend to ensure that everything ran smoothly and to enjoy the vibrancy and colour of the largest greenfield festival in the world. 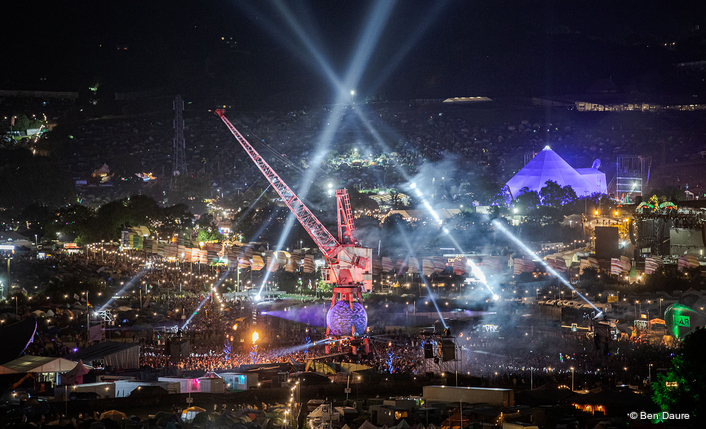 CPL’s Dickie Burrow commented, “It was fantastic working on this new Arcadia project. We all loved the spider and this next phase is another great testament to their imagination, craziness and huge inspiration. The ideas are always awesomely ambitious but totally cool, and it was amazing to be part of this show and another great Glastonbury!” 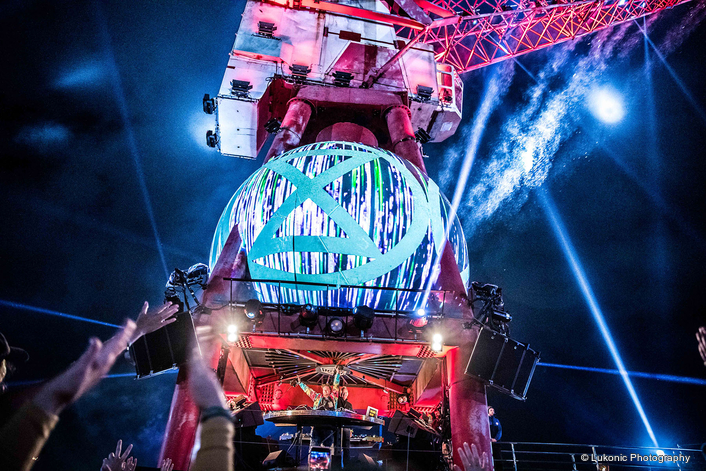 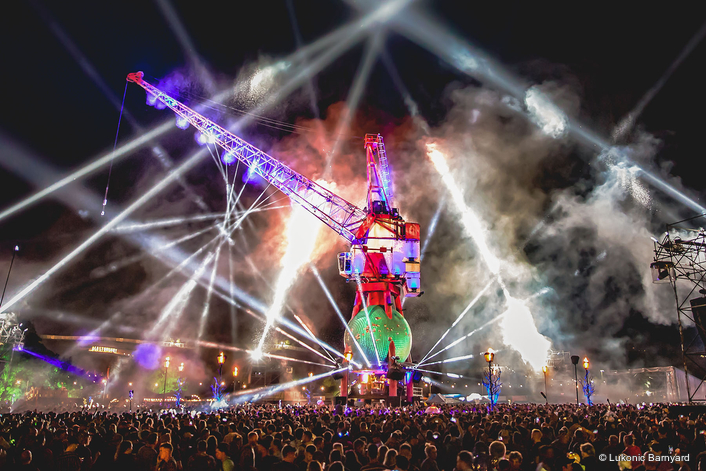