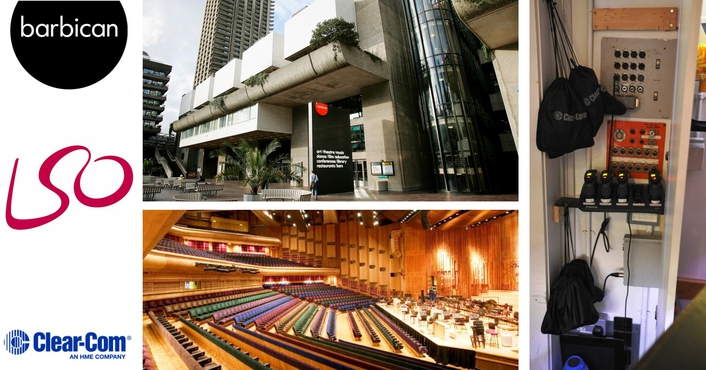 The Barbican, one of the world’s leading international arts centres, located in the City of London, recently installed a FreeSpeak II wireless intercom system to facilitate clear and reliable communications for the Barbican Hall performance space and backstage area.

Barbican Hall is the largest performance space in the building; it is home to the London Symphony Orchestra, and boasts an audience capacity of 1,943. In such a cavernous building constructed from reinforced concrete, communication between production teams and technicians in the hall and backstage can be a challenge. The in-house technical team recently decided to replace its existing RTS BTR system, as the UHF spectrum had been stretched as far as it could go.

Tom Shipman, Sound Supervisor, Barbican Centre, said, "Careful consideration was given to choosing a system that could seamlessly integrate into our existing hardwired comms and provide extended coverage. We contacted Autograph Sales & Installations, which recommended the Clear-Com FreeSpeak II as the best wireless system available, having installed it at several West End theatres in recent months.”

The FreeSpeak II system, supplied by Autograph via Tyrell, offers the Barbican a huge amount of flexibility and scalability. The system provides four wireless partyline channels with four 4-wire ports, and can be configured for pack to pack calling for separate groups. The team currently has ten headsets and beltpacks available, depending on the production and size of crew required. 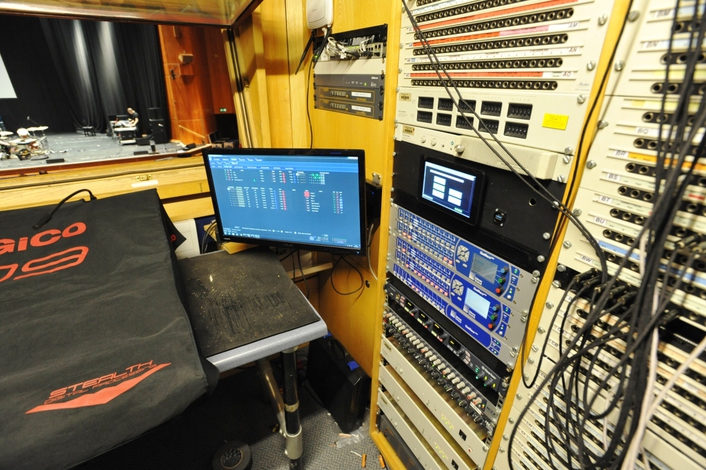 “Within the context of a large concert, conference or theatrical production, it can be very useful for the different technical departments such as lighting, sound or camera crew to have private conversations without the whole staff having to listen in to something which isn’t directly relevant to them,” explained Mark Bloxsidge, Technical Manager at the Barbican. “This leaves the overall channel free for cues from the stage manager or showcaller.”

“The Site Survey feature proved extremely useful in realising the most efficient antenna positions, and we found the coverage from one antenna to be astonishing, especially considering the Barbican is built with reinforced concrete,” said Tom. “We are using two antennas in the hall and two backstage, and adding extra antennas is a simply a case of patching CAT5 and off you go. The web-page-based configuration of the base station makes quick work of the set-up, and I’m a real fan of the ability to update settings OTA to the beltpacks.”

The FreeSpeak II’s ability to operate in the licence-free 1.9GHz band was also a big benefit as the 2.4GHz band was already crowded within the Barbican Centre. In addition the audio transmission bandwidth of 7kHz offers excellent audio quality. 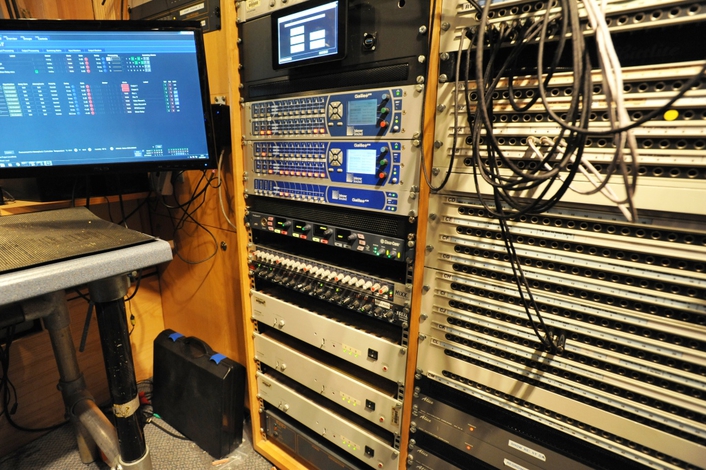 Mark commented, "The system has been a big hit with our technicians and stage crew, with greatly improved coverage and speech quality compared to our old UHF wireless comms. The headsets are comfortable to wear and the reversible mic boom with mute at the vertical position is an excellent design."

"For me, I would say that the decision to upgrade the wireless comms was mainly driven by a level of expectation from our customers, and the FreeSpeak II system has definitely delivered as we needed it to,” Tom concluded. “This is the first Clear-Com installation we have had at the Barbican Hall and it has been a great success. The vast improvement FreeSpeak II has made to our working life has made this the ideal project."

“The Barbican hosts a wide variety of performances throughout the year, but the one constant for every show is the need to communicate instantly and clearly to ensure they run smoothly. The challenges of an expansive building with a concrete structure and busy airwaves have proved no deterrent for FreeSpeak II, and we’re proud that the system has lived up to its deserved reputation for reliability and clarity,“ said Damien Egan, Regional Sales Manager, Clear-Com. 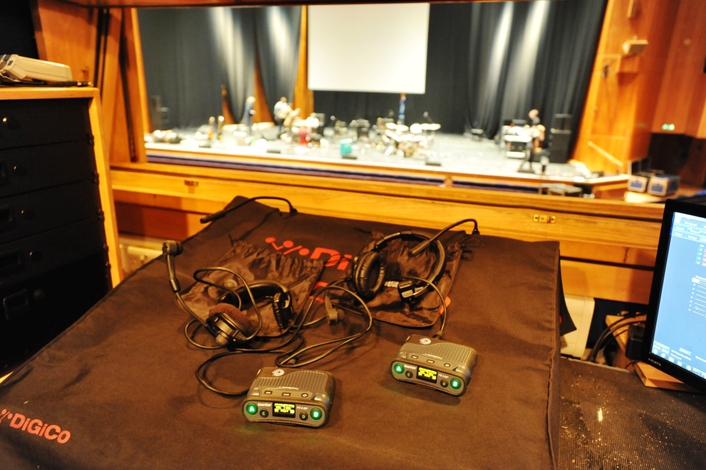