Doordarshan (DD), India's largest broadcaster, chose UK manufacturer Bel Digital Audio’s latest range of 16 channel audio/video monitors for monitoring and de-embedding purposes during India's first live streaming of the Republic Day parade. As part of a larger package from Bel, a BM-AV2-16SHD was installed in an outside broadcast vehicle and monitored the high definition signals before transmission. 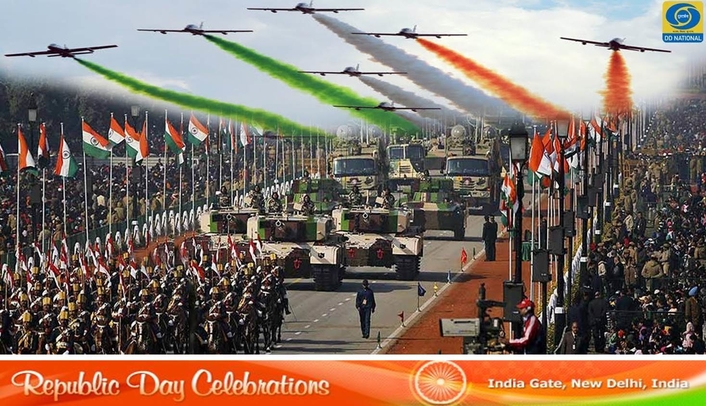 In addition to the 16 channel monitor that is installed in the outside broadcast vehicle, a second 16 channel HD monitor is installed in the central rack room in the Delhi headquarters of Doordarshan Kendra (DDK) which is the arm of DD responsible for the transmission of all broadcast output. Aside from general monitoring applications, this unit is also used in tracking down faults in the broadcast infrastructure. If a fault is detected in the rack room, the signal is routed to the Bel unit via a patch panel and the audio and video signals can be individually auditioned and tested. One of the two Bel BM-AV2-8SHD eight channel audio and video monitors is also installed within this facility.

A further 16 channel BM-AV2-16SHD is installed within the ingest room at DD News and is connected to the output of the main router. Whilst mainly being used for monitoring of VTR signals this unit too doubles as an aid to tracking down issues in the signal path. DD News is also home to the second Bel eight channel HD AV monitor. The BM-AV2-8SHD is installed within the production control room where it is mainly employed de-embedding and monitoring audio signals on the main production desk.

Doordarshan (DD) is a public service television broadcaster and has over 90 studios and relay stations spanning the length and breadth of the Indian Subcontinent. First established in 1959, Doordarshan currently operates around 21 different channels including DD News, DD National, DD Sport and DD Bharati.

India’s Republic Day holds a great significance in the history of modern India. It celebrates the day the constitution of India was adopted and passed into law in 1949 and not as some think Independence Day.