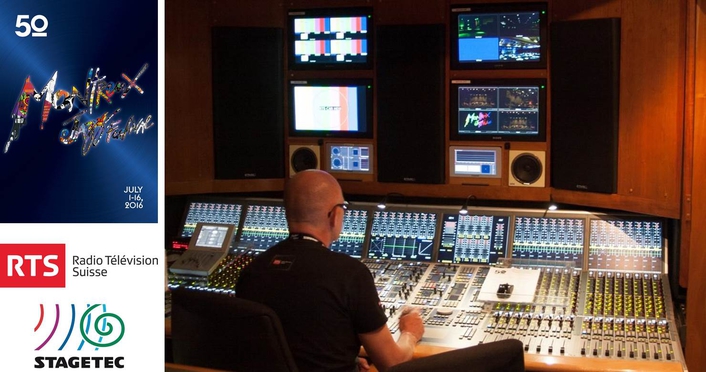 The fiftieth anniversary of the Montreux Jazz Festival was an occasion to celebrate, especially for Stage Tec. It was the first deployment, and a very successful one at that, of the Platinum DSP launched this April – the new and extremely powerful audio DSP unit for large mixing consoles. Radio Television Suisse (RTS), the TV and Radio broadcaster for French speaking part of Switzerland acting as a service partner of the festival since 2013, upgraded the AURUS mixing console in its HD1 OB vehicle with seven of the new Platinum DSP boards.

The way was paved by the decision to record the archive and broadcast productions not just in 96 kHz but also in 5.1. This resource intensive project required a lot more audio channels in sound production than are normally available: A perfect opportunity for the Platinum DSP, which almost triples the channel count in comparison with the previous DSP board. RTS and Stage Tec also installed an additional NEXUS STAR into the HD1 to act as router and host for the mixing console DSP. In this scenario the STAR enables a configuration with 160 input channels and 84 buses plus 54 bus channels (214 channels in all); the Platinum DSP provides up to 128 buses at 96 kHz. The debut was a success: Thanks to the Platinum DSP, the concerts in the Montreux Jazz Lab were parallel mixed in 24-bit resolution at 96 kHz in Stereo and 5.1 Surround Sound. “Platinum DSP has fully met our expectations”, summarize Yannick Dumartineix, Head of OB Van and Studio Production at RTS. “We have the same desk but with more power and no compromise on the highly renowned audio processing, so we get exactly what we expected. We are really looking forward to the new features.” 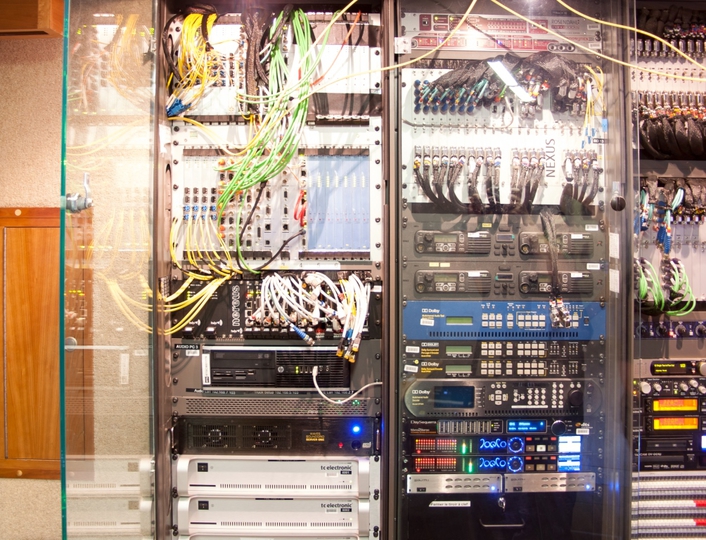 Scenarios such as Montreux play a vital role in development
The Platinum DSP unit was launched at Prolight + Sound in April 2016 – perfect timing for its debut at the Montreux Festival. "We had applications just like the RTS production in Montreux in mind when we designed the Platinum DSP boards," says Jens Kuhlmann from Stage Tec, who has overseen the temporary modifications made to the HD1 for Montreux since 2013. "For the new Platinum DSP boards to see their very first deployment here at the Montreux Jazz Festival was a fitting and perfect debut." 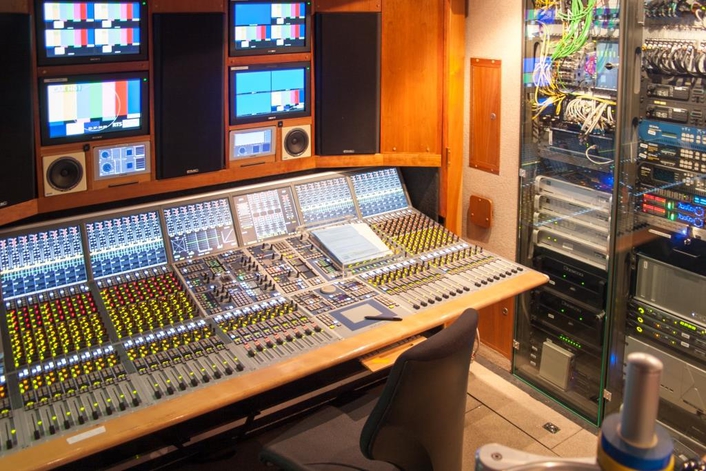 Ever since the festival began, the concerts in Montreux have been recorded in the highest possible quality to enable flexible use of audio and video recordings. The live concerts are transmitted to the stage screens and broadcast live on an internal network as well as by syndicated TV stations. Some concerts are provided as livestreams on the festival website and forwarded to a number of TV and radio stations. Selected concerts become part of the "Live at Montreux" collection and are published on Blu-ray, DVD or vinyl. And finally, all recordings are stored in the Memory of the World Register, a directory of UNESCO's Memory of the World programme. 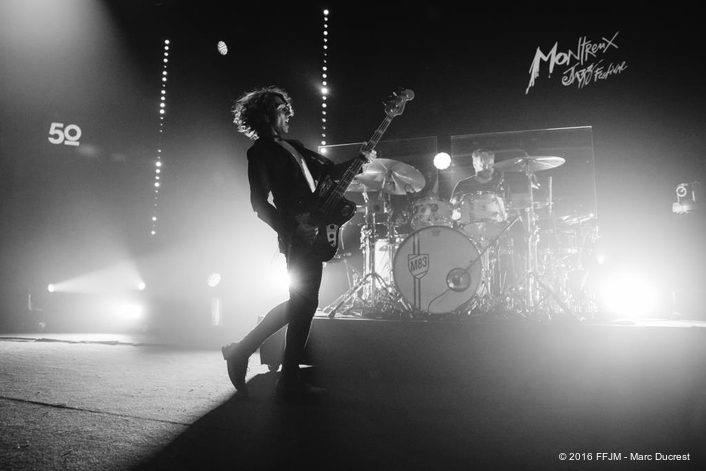 M83 on Stage in Montreux

A big festival with big names
To celebrate its 50th anniversary, the Montreux Jazz Festival invited the international jazz scene to enjoy an especially rich programme at Lac Léman (Lake Geneva). Stars from rock, pop, blues and soul performed from 1st to 16th July. An estimated 250,000 fans thronged the three concert halls and numerous open air stages on the lakeshore promenades.
RTS recorded all concerts at three venues using three of their own OB vehicles as well as an additional private one. The Montreux Jazz Lab, a concert hall that holds around 2000 people, is where RTS deployed the audio facilities of HD1, the flagship of its OB fleet.