TimelineTV's first UHD OB truck has Calrec on board 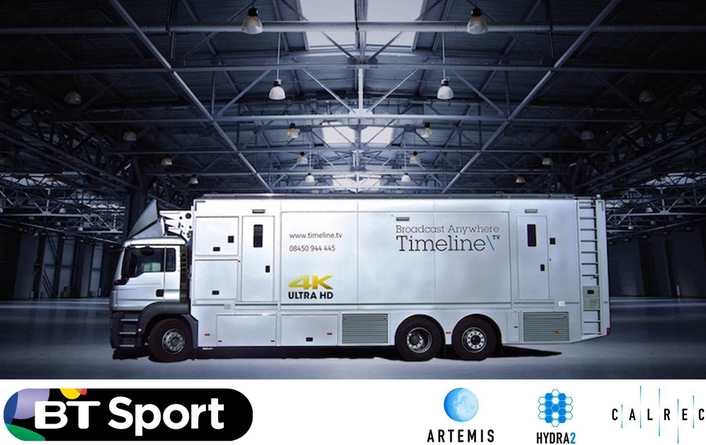 Timeline, who also coordinate with BT Sport on its broadcast facility in London, chose the 40-fader Artemis console in part because it has a large fader count in a small footprint. Also, the surface is familiar to many experienced OB audio mixers, which minimizes setup times.

"Our aim is to deliver high-quality, exciting, and engaging 5.1 surround sound for all of BT's UHD and HD productions. But there are timing complications that go along with embedding audio and encoding/embedding Dolby E in 4K video that make it tricky," said Will Underwood, Timeline's lead sound engineer.

"We easily overcome those challenges with the Artemis console. Redundancy, Hydra2 routing, the flexible range of fixed-format and modular I/O — all of those are important. And the loudness metering and 'look-ahead' limiters are particularly useful in helping mix engineers meet EBU R128 requirements." 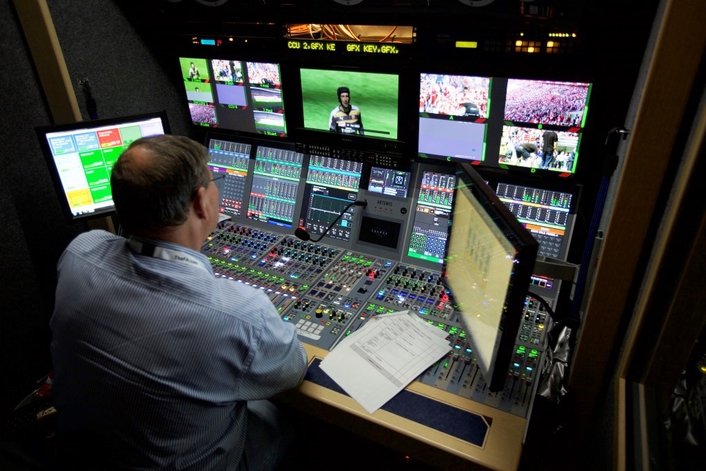 When taken in aggregate, this combination of qualities is critical to addressing the unique audio challenges of a 4K production.

"It's a real honour to have one of our consoles being used in this cutting-edge OB truck," said Jim Green, international sales manager at Calrec Audio.

"We've enjoyed a long relationship with Timeline Television. Although I'm happy to say that Calrec is the console of choice for major sports broadcasters around the world, we're focused on making sure the Apollo platform continues to grow and evolve so that it's ready for whatever broadcasters need next."

Timeline's UHD1 is under contract with BT Sport to cover sporting events across the U.K. and Europe, including UEFA Champions League, Barclays Premier League Football, Aviva Premiership Rugby, and MotoGP. The truck's first broadcast event was the FA Community Shield at Wembley Stadium on August 2nd.