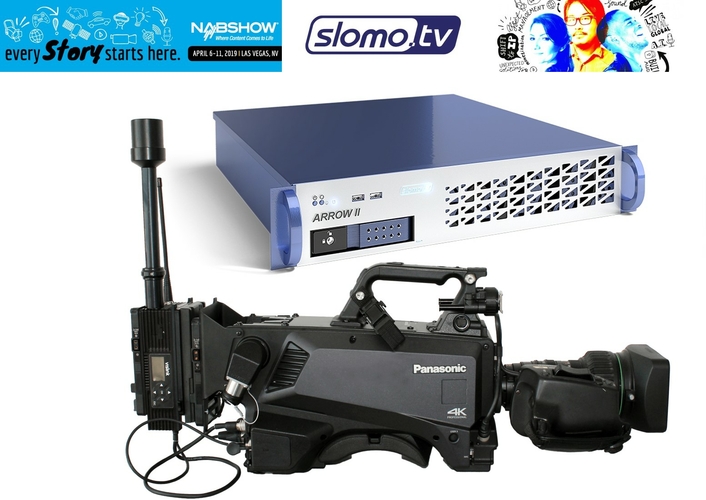 The most affordable 4x Super Motion solution for sports broadcasting

Nowadays no high-level sports broadcast can handle without Super Motion cameras. Therefore, all TV companies specializing in sports broadcasting and sports arenas face the issue of finding the optimal solution to «cover» their needs. The number of solutions - server + camera - for these purposes is limited in the market, and in most cases they significantly "hit" the budgets of companies.

The release of Panasonic's 4x Super Motion camera AK-HC5000 with a surprisingly affordable price was enthusiastically welcomed by the market.

Because of the growing number of requests on support of this camera slomo.tv successfully integrated its multichannel recording and slow-motion replay servers with Panasonic AK-HC5000 camera in 2017 including the most affordable broadcast grade server Arrow-II. The solution based on Arrow-II server and 4x Super Motion camera Panasonic AK-HC5000 was the most cost effective solution for Super Motion on the market.

This joint solution significantly reduced the users’ costs and the entry barrier into 4x Super Motion broadcasting and replays.

The release of the Panasonic 4K/4X SuperMotion AK-UC4000 camera in 2018 led to integration of all slomo.tv servers with this camera in all Super Motion modes. The difference between AK-UC4000 and its predecessor is that it supports several Super Motion formats -2x, 3x, 4x - both for progressive (1080p) and for interlaced (1080i) modes.

New Super Motion modes of Panasonic's AK-UC4000 made it possible to use one Arrow-II server with one 4x or 3x camera or with two 2x cameras in 1080p video format.  In interlaced mode (1080i), you can work with one 4x, two 3x or three 2x cameras.

As since 2018 a basic configuration of all slomo.tv servers includes free Transfer (networking) option, which provides the exchange of clips and Playlists between servers, all clips from servers that work with Super Motion cameras are available for creating Summary/Highlights on other servers without additional hardware or software options.

You can get acquainted with the novelty at the stand #SL3829.

Arrow-II is the most affordable broadcast grade multichannel recording and slow-motion replay server.

The server is equipped with 8 bi-directional 3G/HD/SD SDI video ports and has a built-in storage of up to 533 hours of HD video. The server is designed to «cover» any task and provides 6 recording channels with simultaneous search on all 6 channels and 2 playback channels with transition effect. If necessary, this server can be used as a 7-channel slow motion replay system.

Arrow-II is the first budget server to provide a DMR™ option for direct recording in NLE file formats. Arrow-II has a redundant power supply option. Also, the videoReferee® option of Arrow-II can be used as an eight-channel video judging system in different sport leagues, including, soccer, ice hockey, basketball and handball.