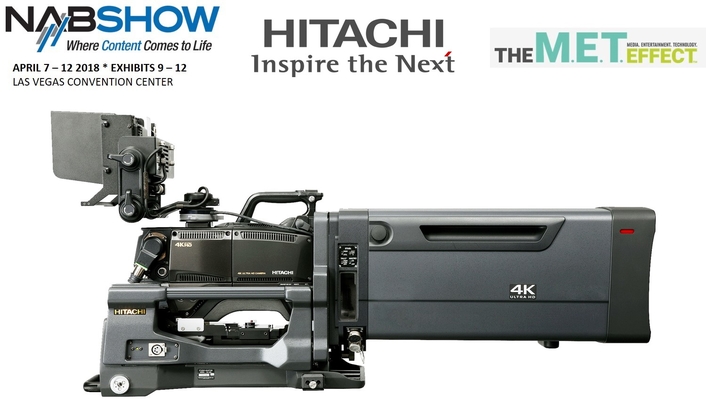 The 4K output functionality of the CU-HD1300F-S1 is compatible with all fiber-equipped, 1080p HITACHI Z-series and SK-series cameras, and supports High Dynamic Range when used with HDR-enabled camera models including the award-winning Z-HD5500 and the SK-HD1300. The new CCU can also be used with interlaced HITACHI camera models for HDTV output.

“While the industry continues to increase its adoption of 4K, there are many content producers who have UHD production requirements but aren’t yet ready to make the jump to 4K cameras,” said John J. Humphrey, Vice President of Business Development, Hitachi Kokusai “The high-quality 4K output of the CU-HD1300F-S1 extends the versatility of our progressive-scan HD cameras, enabling cost-effective, HD and UHD camera investments for these customers.”

Like the transition from HD to 4K, the path from SDR to HDR has its own challenges for content producers, requiring them create separate outputs for optimal viewing across different generations of displays. The new firmware option for the SK-UHD4000 camera system allows separate video shading adjustments for HDR and SDR outputs, enabling users to select from multiple HDR profiles alongside SDR simultaneously with the same camera.

“Single-camera, parallel HDR and SDR capture provides both creative and financial benefits compared to using separate cameras, enabling shot consistency while lowering equipment and operational costs,” explained Humphrey. “The new firmware allows users to do so while optimizing both HDR and SDR pictures.”