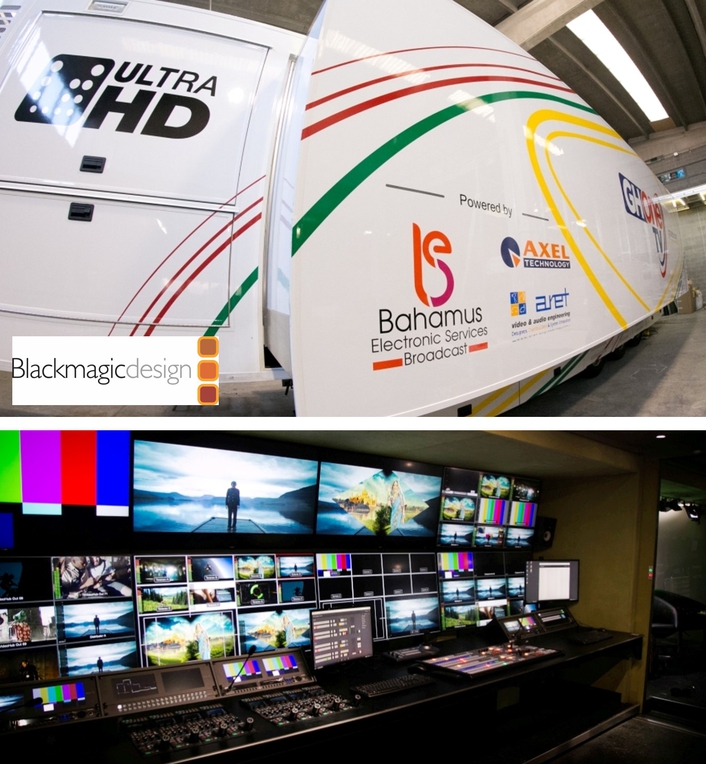 Blackmagic Design today announced that Ghana’s largest private television broadcaster has completed an upgrade of its studio and outside broadcast facilities to support Ultra HD 4K production. The solution for GH One’s OBVan was built around 12G-SDI broadcast infrastructure products from Blackmagic Design.

The multi studio complex, as well as a 14m long OB truck, were designed by system integrator ARET video and audio engineering, as part of a complete overhaul of the broadcaster’s production infrastructure. “A move to a new building facilitated the need for a new system, but it also gave the team the opportunity to design a flexible and futureproof workflow for the channel’s studio and OB locations,” begins Marco Branzanti, video projects manager at Axel Technology which delivered the Blackmagic Design products. 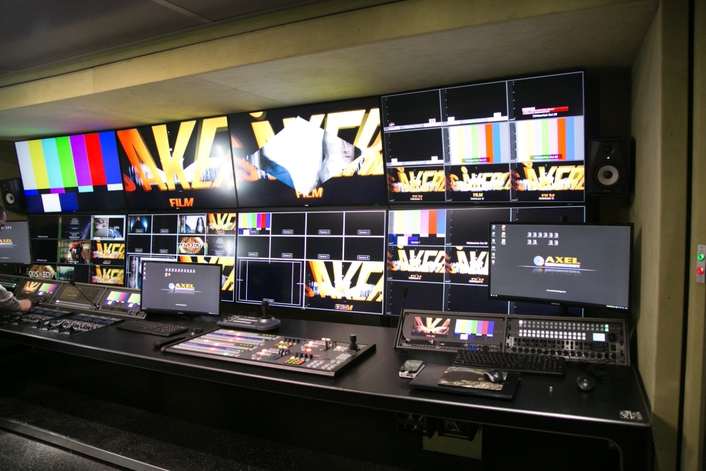 He continues: “We knew from the outset that 12G-SDI would be the cornerstone of this installation, as it not only affords a more streamlined cabling infrastructure, but also delivers a more efficient and reliable signal delivery path for broadcasters working with the 2160p60 format.” 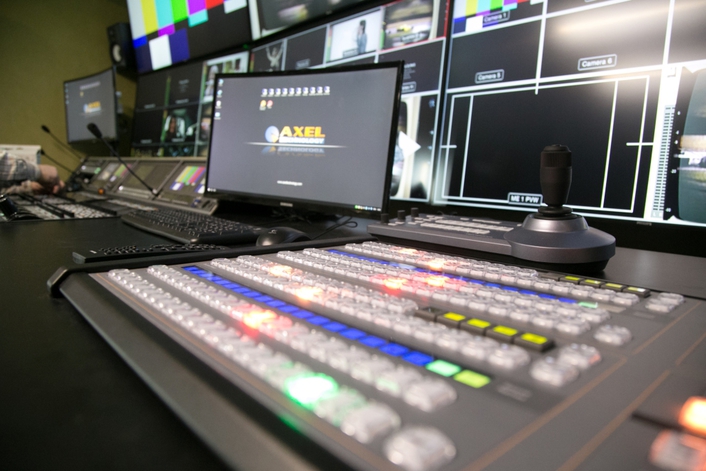 Marco explains that once this was in place, it was a simple choice to design the studio around Blackmagic Design’s broadcast grade routers, production switchers and converters as they allowed ARET to develop a robust Ultra HD 4K workflow within GH One’s budget.

“The new studio has one main set, and a virtual studio with greenscreen and both are equipped with an ATEM 2 M/E Production Studio 4K, and the corresponding 2 M/E broadcast panel. Also, each has access to CG and playout applications, developed in cooperation by Axel Technology and ARET, which gives the production team all of the transitions, effects and graphics they need to produce their wide range of programming.” 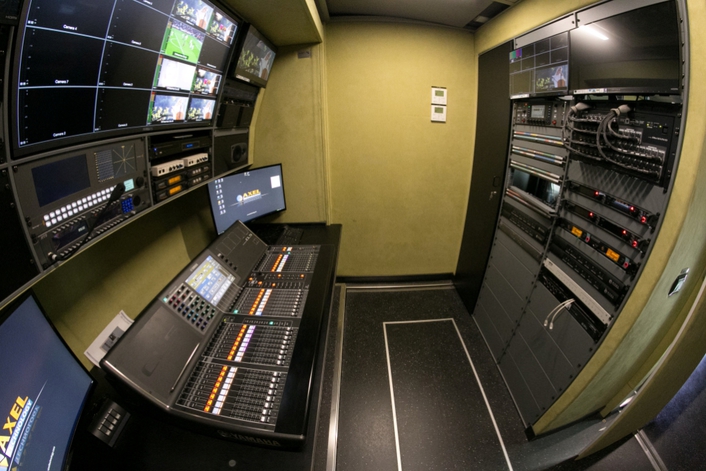 To switch between GH One’s two channels’ signals, a Smart Videohub Clean Switch 12x12 was installed to act as a mixer switch. “For this installation, we needed to ensure there was glitch-free switching with genlocked signals,” explains Marco. “With the clean switch there is full re-synchronization on every input, so the production team can switch from a camera feed to a recorded source or graphics using a simple, and straightforward interface and still get flawless switching.” 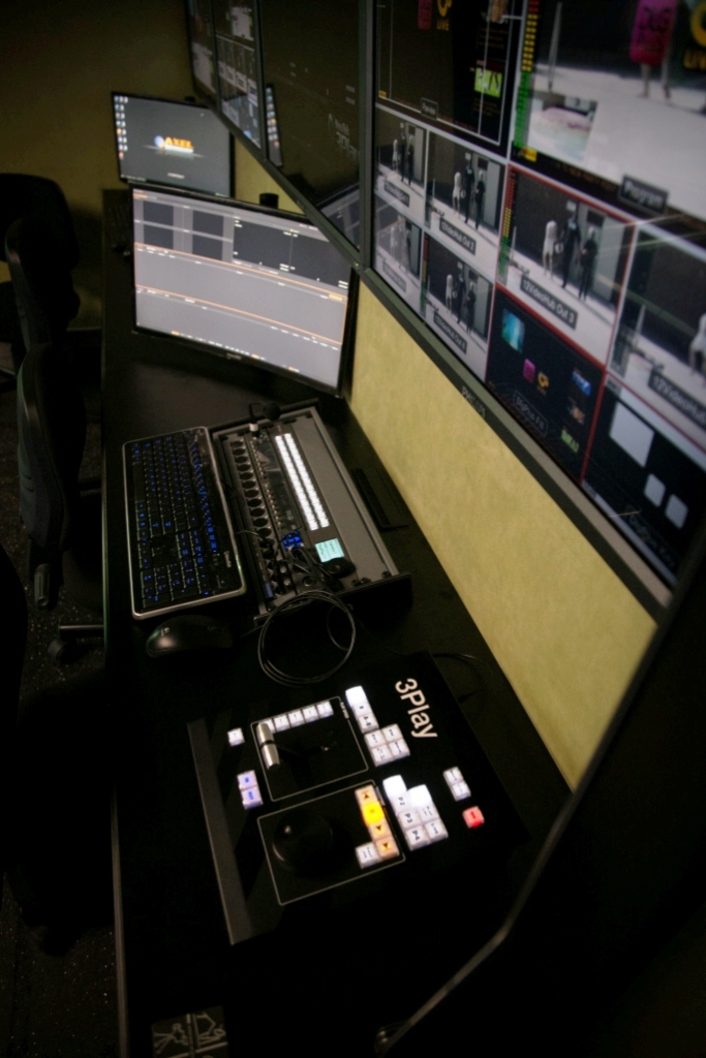 GH One’s truck has the capacity for a twenty-strong team, and includes an expandable production gallery, as well as a stand alone television studio workflow. “That means the vehicle can be used comfortably for longer periods, allowing multiple productions to take place without the space becoming too cramped,” explains Marco. “For example, the truck can have a fully fledged television studio up and running for several days, rather than on a short-term, event orientated basis.” 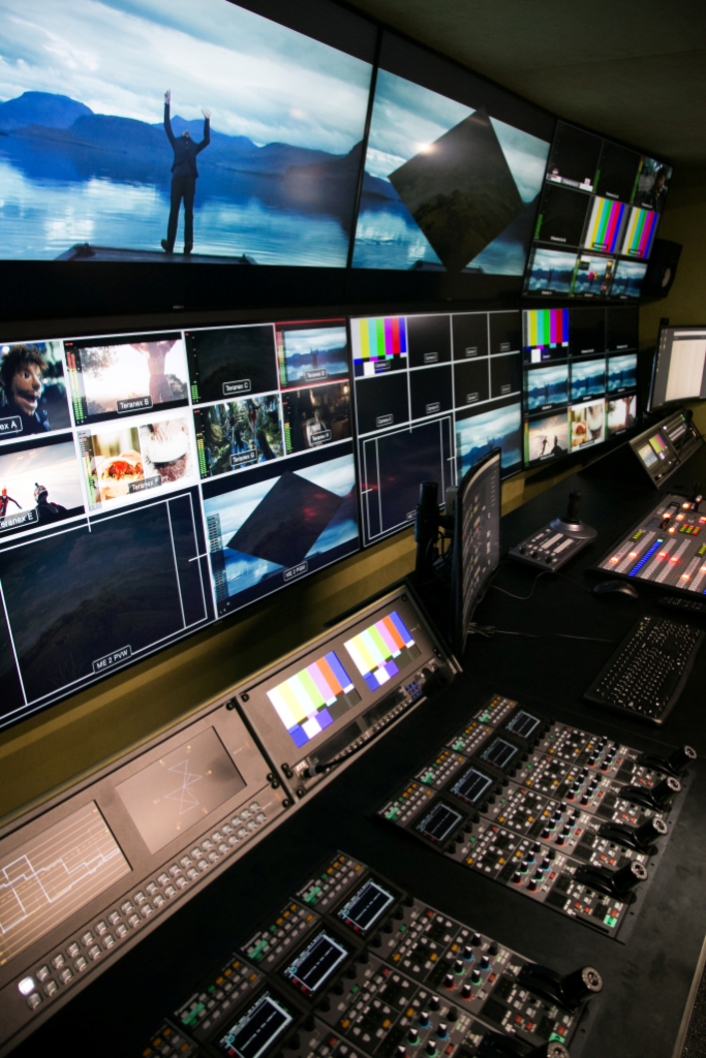 Signal routing onboard is managed via a Smart Videohub 40x40 from Blackmagic Design. Housed in the OB’s technical control room, it sits alongside a rack of HyperDeck Studio Pro broadcast decks, used for both recording and backup purposes, as Teranex Express standards converters, which allow production GH One to standardize any incoming video sources from external contributors. 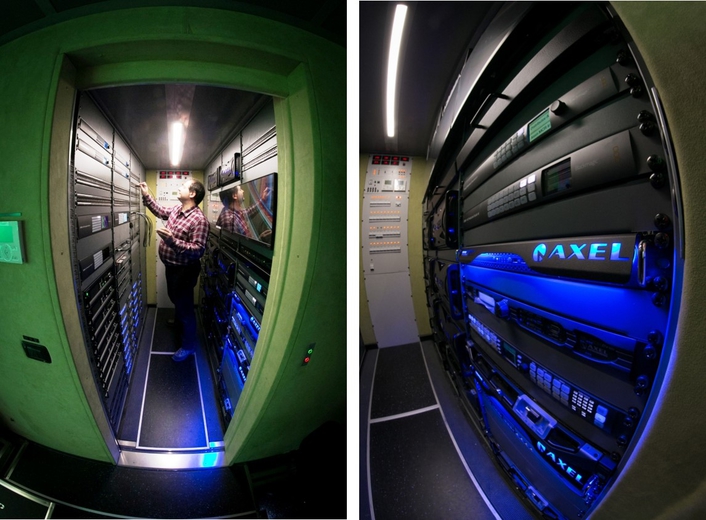 Equipment Racks on board GH ONE