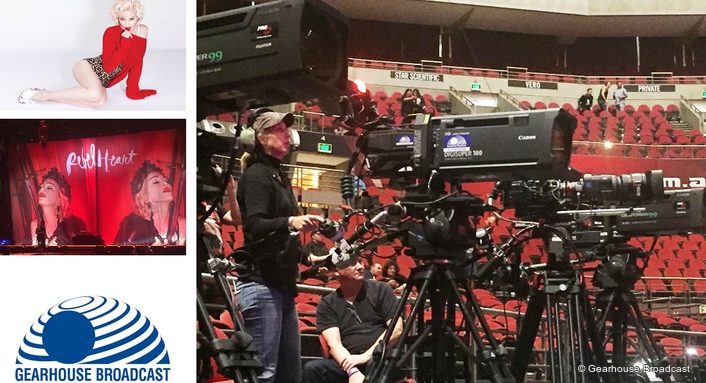 Gearhouse Broadcast’s sales director Manny Papas explained, “Stuart Gosling at York Studios in Melbourne contacted us after he saw what we’d produced for Taylor Swift and wanted the same high level of production.”

With facilities similar to the Taylor Swift event, the Rebel Heart tour production consisted of a mix of six Sony PMW-F55 large sensor cameras. Which were used for close up and stage shots while six broadcast cameras with box lenses were installed for longer coverage. 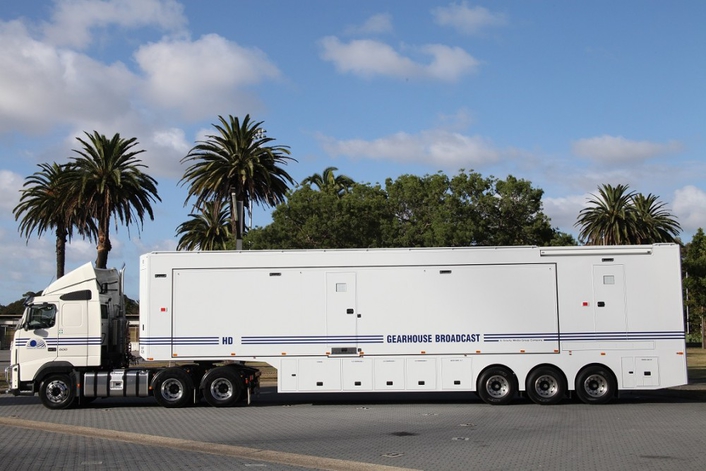 “The industry talked after the Taylor Swift gig and it was clear Gearhouse was the go-to company for live music concert OBs,” said York Studios EP, Stuart Gosling. “These gigs are now a very big deal as the finished product is recorded, packaged and sold worldwide so the quality of the production has to be incredibly high. I’m very happy to say Gearhouse delivered on all fronts.”

Papas added, “The HD6 Entertainment supertruck is a vehicle specifically designed to handle large live concert gigs like this one. We also had to put film cameramen with focus pullers alongside broadcast guys which worked extremely well across both Saturday and Sunday shoots. The Rebel Hearts production was even more refined than previously as we were able to offer more options for how the SpiderCam and Libre Hot Heads were used.” 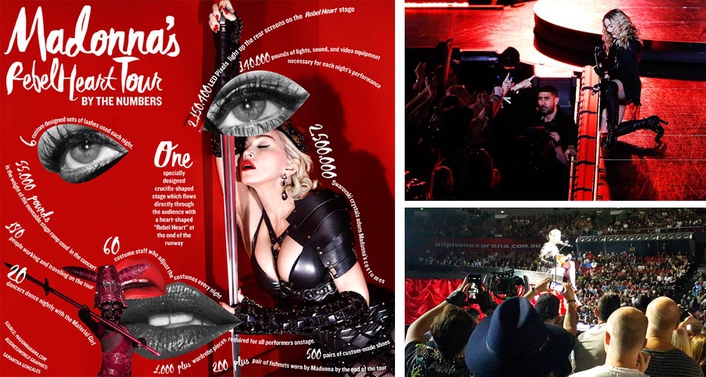 Gearhouse recorded the gig in 1080i/PsF 29.97 and ISO recorded every camera to EVS servers and hard drives.

York Studios EP Stuart Gosling concluded, “We were delighted with the end result. Witnessing Gearhouse’s production experience and quality of output it was clear to see they knew exactly what they were doing and how everything worked. It really was an excellent job.”