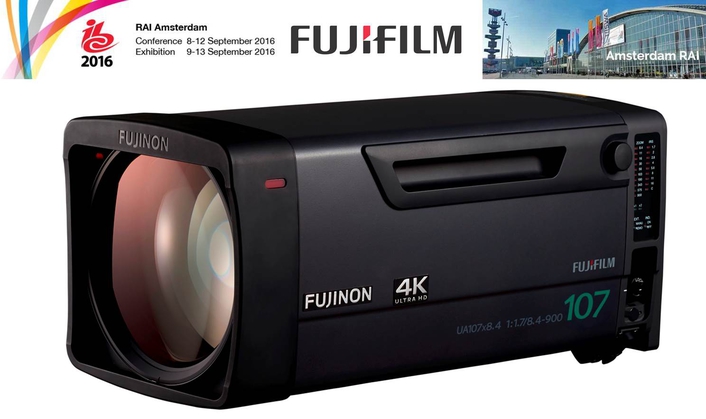 Fujifilm is at the forefront in the development of 4K UHD optical technology. Since the emergence of two-third inch (2/3”) broadcast cameras and subsequent technology transformation which was initiated by the launch of Sony’s 4K 2/3” HDC camera series, other camera manufactures soon followed this trend (Grass Valley, Panasonic, Ikegami and Hitachi etc.). We believe that it is safe to state that this is not just a trend, as was witnessed a few years back with the introduction of 3D broadcast technologies.

The demand for 4K Ultra High Definition production acquisition, workflow and transmission technology has thus increased since the first live trail productions back in 2014 (FIFA World Cup). Since then we have seen a substantial surge in 4K UHD live productions, especially in the past twelve months, which to some extent can also be contributed to the increased proliferation of 4K UHD TV sets in private households and resulting demand for more 4K UHD content.

New 4K UHD Optical Technology to be shown at the IBC 2016:
After the introduction of the UA80x9 & UA22x8 lens models, there was a popular demand for longer and wider focal ranges. In response to this demand Fujifilm’s R & D developed the all new UA107x8.4 (8.4-1800mm) which at current has the world’s longest 4K UHD focal length, it has been complimented by the all new UA13x4.5 (4.5-118mm) Ultra-wide angle lens and upgraded telephoto lens UA80x9 (10.8-864mm) with 1.2.Extender which does provide more flexibility when shooting under diverse lighting conditions. Fujifilm will showcase the entire Broadcast 4K UHD UA-Series range at the IBC2016. 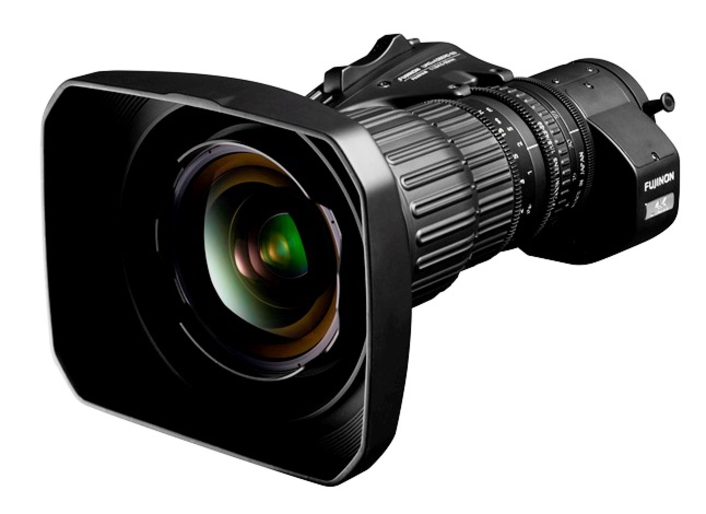 NEW 4K 35mm Cine Lenses to be shown at the IBC2016:
The all new 4K model “XK6x20” digital cinema camera PL-mount zoom lens offers high optical performance compatible with 4K cameras and covers a wide focal length range from 20mm to 120mm. It also realizes T3.5 brightness throughout the entire zoom range. There is no T drop*3 and it offers comfortable operation. Various scenes can be shot with this single lens. The “XK6x20” is equipped with a detachable drive unit for electric zooming and focusing that is a popular function with existing products. It also features 0.8mm gear pitch*4 for compatibility with standard cine accessories. It is the newest addition the already established FUJINON Cine Zoom Series (HK-Series, ZK-Series).  Fujifilm will showcase the entire 4K PL–mount Cine Zoom range at the IBC2016.