FrameTrunk Takes on UltraHD Production and Post with AJA Corvid 88 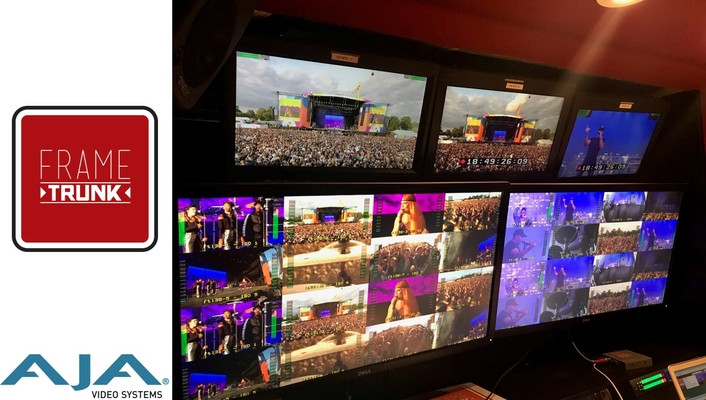 “In the last year, demand for UltraHD among clients has increased significantly. To keep pace and stay competitive, we need to be able to tackle any size resolution or frame rate, and with AJA Corvid 88, we are more than capable. It supports UltraHD 50p and a myriad of other transport standards and frame rates for HD, 2K, UltraHD and 4K delivery,” shared James Hunter, CTO, FrameTrunk.

Corvid 88s are predominantly used in FrameTrunk’s live ingest system, which supports simultaneous generation of high resolution and proxy media. While media is encoded, the company’s proprietary software suite regrows files onto SANs for chase-based live edits or delivery drives; proxy files can also be delivered into its cloud-based MAM for live logging. “Corvid 88 is an ideal complement to our ingest system because it gives us the confidence we need for this type of high pressure environment,” added Joel Gilbert, CIO, FrameTrunk. 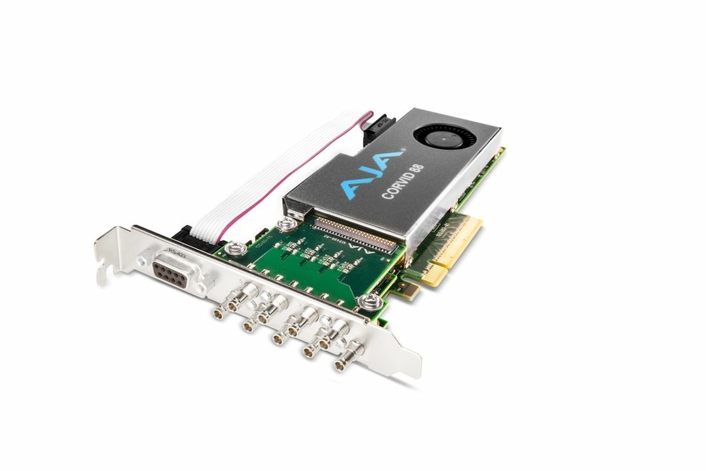 FrameTrunk recently deployed the system to help LiveNation deliver its first UltraHD production for the Download rock music festival in Donnington for Sky Arts. Tasked with ingesting more than 11 hours of event footage a day from two stages across eight channels of 3840x2160 50p delivery, the company relied on Corvid 88s for ingest of quad-link 3G-SDI ISO and TX event feeds. Ingest nodes were Linux-based, with FrameTrunk’s software controlling multiple record nodes from a central platform. To balance out the large volume of data required, each recording channel was given its own record node carrying 26TB of storage, supported by a secondary data backup for the three-day event. Once production wrapped, the edits, SAN and nearline were relocated to a post facility in London where the programme was finished using a traditional online/offline workflow but with HD offline and UHD online.

The versatility of the Corvid 88s also allows FrameTrunk to leverage them in other applications such as live video delivery to social streaming platforms, or remote color grades. “AJA hardware is extremely powerful and easy to pair with live streaming software, so that we can easily send live client feeds to Facebook and YouTube,” shared Gilbert. “We also recently used them to backhaul a colour grade in South Africa to London for real-time client review. The colorist in South Africa was able to work in real-time with live client feedback from London using a separate system for video conferencing all provided as part of our service.”

In addition to Corvid 88, FrameTrunk also uses an assortment of AJA Mini-Converters, including Region of Interest (ROI) converters and Ki Pros. When clients host real-time voting applications online, the ROIs help the FrameTrunk team grab any computer-based graphics from a computer workstation for high quality scoreboard rendering to audiences on big screens. 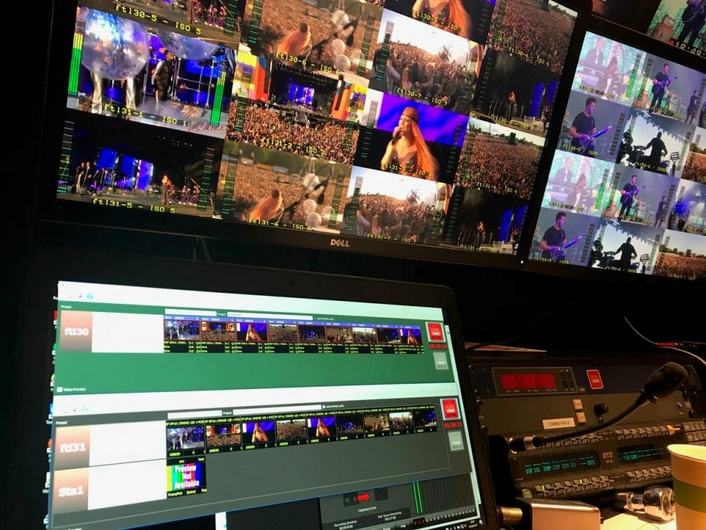 FrameTrunk has been offering Outside Broadcast and Post Production related services since 2014. We started out using AJA Ki Pro recorders controlled centrally with our own software through the web API and have since built out our product offering into a full Production Asset Management (PAM) system including our own linux based recording software, centralised database and control system forming the core of our PAM system which includes web based logging on in progress clips as well as realtime delivery of recording/recorded media to almost any destination to anywhere from client delivery drives to cloud platforms.

Corvid is a high-density, multi-channel video and audio I/O card suited for Development Partner applications that demand multiple simultaneous input and output streams. With eight 3G-SDI connections that can be set programmatically as an input or output on a single PCIe 2.0 card, it integrates seamlessly into ingest and playout and channel-in-a-box systems. Connections can be linked together to support dual-link or 4K/UltraHD formats. A robust SDK is available to Developer Partners on Linux, Windows, and macOS.