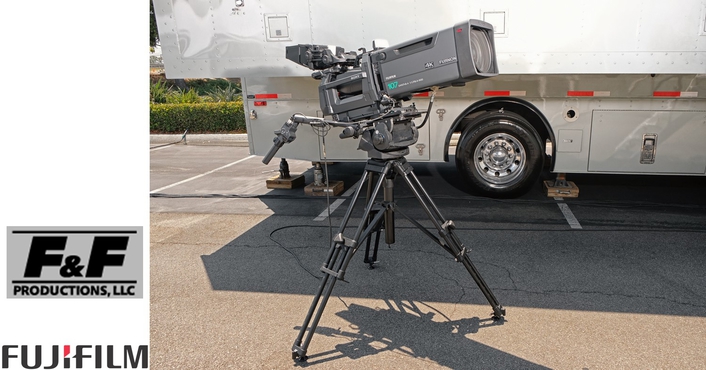 GTX-18 was introduced to F&F clients during an open house on July 26th, at the Honda Center in Anaheim, California

“We’ve had a number of customers who asked us about building a new 1080p/HDR unit, and after rallying our team we decided to build a 4K-HDR mobile unit instead. There is a lot of uniqueness about GTX-18, but what matters the most to our clients is that it offers a complete 4K experience throughout, and our clients are happy to have a one-stop mobile unit that can produce 4K-HDR, 1080p-HDR, 1080p, 1080i, 720p,” said George Orgera, President/CEO, F&F Productions.

Orgera said it was important that the signal remain native 4K UHD resolution throughout the entire acquisition and distribution process: “These Ultra 4K lenses give us the ability to be true to that decision. And we knew these would be stellar lenses. Fujinon has been our go-to for all our lens needs for over 40 years because they build an incredible product, and they always keep their clients’ needs in mind.”

The unit was introduced to F&F clients during an open house last night, July 26th, at the Honda Center in Anaheim, California. The truck is covering an Ultimate Fighting Championship (UFC) match today, July 27. The event, UFC #214 PPV, is being produced by Concom Productions and will be available on AT&T Entertainment/Direct TV. Following the UFC match, GTX-18 heads to the PGA Championships in Charlotte, North Carolina for CBS Sports and Direct TV; and then to the American Airlines Arena in Miami for Telemundo's “Premios Tu Mundo” (Your World Awards). 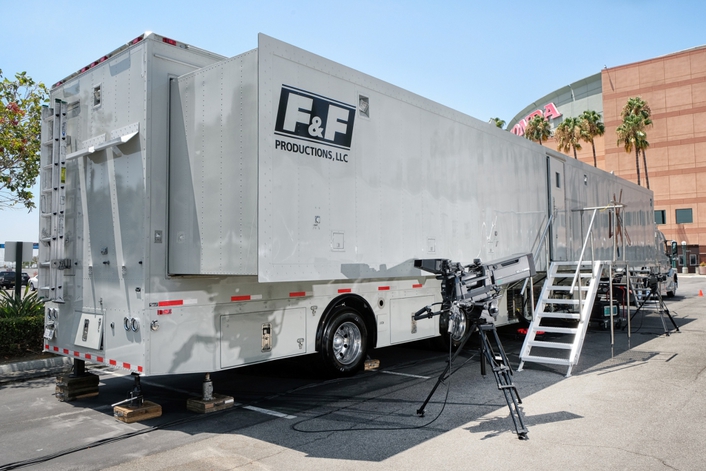 About F&F
For more than four decades, F&F Productions has been the first choice of veteran producers worldwide for all major league sports, network series and entertainment specials, live concerts, and large-scale corporate events for Fortune 500 companies.