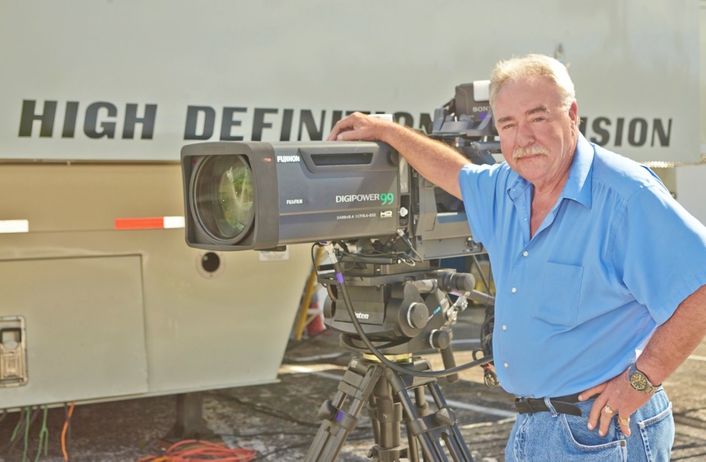 While the lens order made earlier this year was part of an overall camera/lens purchase for the GTX-15 mobile unit as well as F&F’s pool inventory, the new order was specifically for the company’s new GTX-17 mobile unit. The GTX-17 made its debut at the U.S. Open Tennis Tournament held in Flushing, New York earlier this month.

“The FUJINON 99x’s allow the operator to pull wider than other lenses, while still preserving the desired focal length,” said George Orgera, President/CEO of F&F Productions. “This is of great value to our sports and entertainment clientele. In general, during live TV productions, where failure is not an option, we’ve always counted on FUJINON as our go-to lenses because of their exceptional imaging quality and reliability.”

In addition to the U.S. Open, F&F’s GTX Signature Series Fleet has served as the production facilities for CBS’ SEC package and ESPN College Football.

“In our experience, FUJINON lenses have proven to be up to the challenges posed by arduous, long-distance road trips between events and the rigors of live broadcast television production in all types of places and weather conditions,” Orgera said. “We couldn’t have met the demands of such a busy month without the flawless performance of our trucks and FUJINON lenses.”Earlier this year, from April 5-8, 2014, three F&F HD trucks were busy covering the 2014 NCAA Men’s Final Four championship basketball game. At the successful conclusion of that job, the mobile units then drove directly to the Bank United Center, in Miami to work at the 2014 Billboard Latin Music Awards, which aired live on Telemundo on April 24, 2014. Things really heated up when F&F Productions was hired to provide mobile production services for the 2014 IIFA (International Indian Film Academy) Awards festival. Held concurrently with the Billboard Latin Music Awards, the IIFA Awards festival was a star-studded event, from April 24-26, 2014 in Tampa, watched by close to 800 million viewers worldwide.