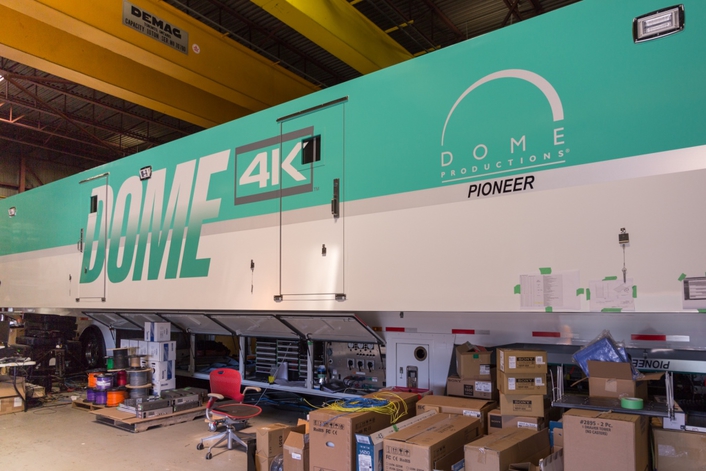 Dome Productions has announced the launch of its new, leading-edge 4K/UHD production truck, Pioneer. This truck has been designed and purpose-built from the ground up by Dome’s engineering team incorporating the latest production equipment from many of the leading industry manufacturers. Dome Pioneer is equipped with Sony HDC 4300 cameras, Fujinon lenses, GVG K-Frame switcher, Calrec Artemis audio board, EVS for replay, and an Evertz routing switcher.

Pioneer had its maiden voyage on Saturday, July 9 for TSN, covering an MLS game at BMO Field in Toronto featuring the Toronto FC and the Chicago Fire. It will be a very busy summer ahead for Pioneer covering the Canadian Football League and MLS for TSN, amongst other selected sports and entertainment events for various broadcasters.

The launch of Pioneer is another true testament to the qualifications and commitment of Domes’ innovative engineering team, who have been instrumental in the system design, wiring, and integration of Dome’s growing fleet including 4K/UHD trucks.
Dome Productions became the very first production mobile vendor in North America to launch 4K/UHD with the Toronto Raptors broadcast live to the home in Canada on January 20, 2016. Dome also facilitated North America’s first ever 4K Entertainment Awards show, THE JUNOS, on April 3, 2016. Under a tight timeline of under three months to launch its first 4K/UHD broadcast, Dome is looking at facilitating up to 200 events to be produced in 4K/UHD in 2016, quite an achievement in the first year of 4K/UHD production. 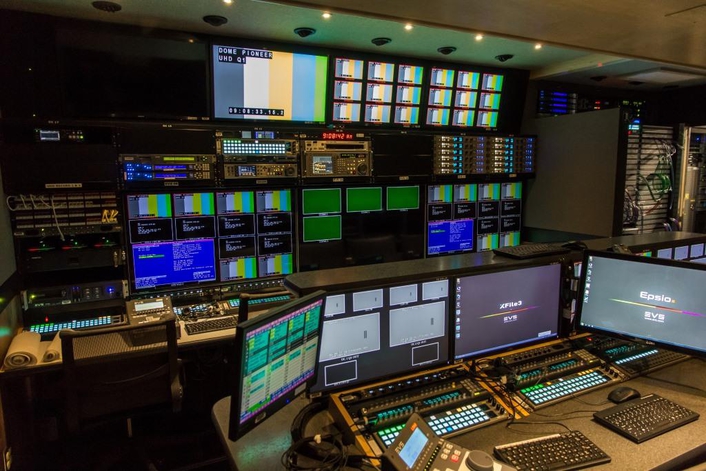 Dome is also currently trialing HLG (Hybrid Log Gamma) as a development format in delivering HDR (High Dynamic Range) content. From leading the charge in North America 4K broadcasting to the new HLG format, Dome Productions’ recent initiatives have placed Dome at the forefront of our industry with leading broadcast solutions and technology. 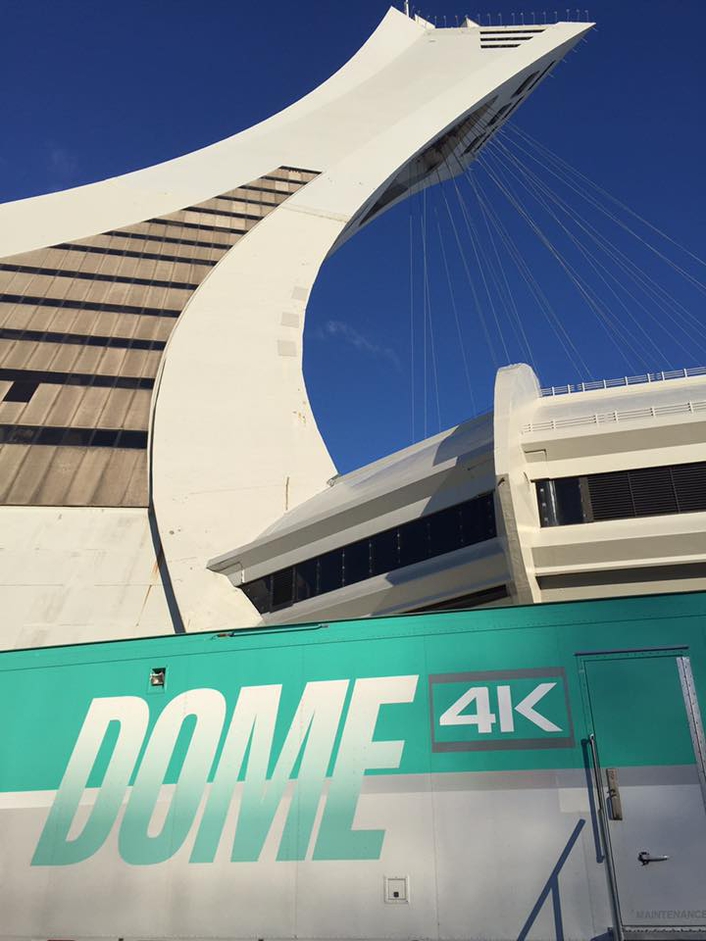 Dome Productions is one of North America’s leading production facilities providers, its unique business approach sets the company apart from the competition with its integration of primary business units of 4K and HD mobile production, Host Broadcast services, and Transmission services.