ATEME announced today that RTVE, Spain’s public service broadcaster and largest audiovisual group in the country, broadcast the opera by Wagner “Parsifal” from Teatro Real on April 21, live in Ultra High Definition (UHD). The broadcast took place via HISPASAT satellite and terrestrial network, in partnership with ATEME, who provided the digital compression of the signal.

This state-of-the-art technological and European-wide project was the launch event of a series of cultural broadcasts. RTVE was in charge of signal production, coordination and technical realization of the event. The show was available in Spain, as well as in the rest of Europe via Hispasat and via terrestrial network using a DVB-T2. 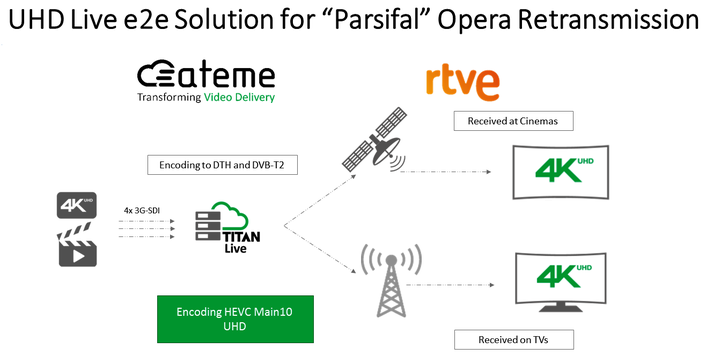 The UHD signal was encoded at 30 Mbps, in Main10 profile and in real time by RTVE using ATEME’s TITAN solution to power satellite and terrestrial delivery. Again, ATEME’s TITAN which was used to encode the signal revealed the best video quality of the show.

Thanks to its TITAN solution, ATEME played a major role in this technological first, encoding the content in UHD using HEVC codec. TITAN is a virtualized software-based encoder-transcoder, designed for cable, DTH, and OTT. It supports HEVC, H.264 and MPEG-2 codecs, with resolutions from mobile devices to 4K-UHD. It is a high-density solution that delivers the highest video quality at minimum bitrates. With its powerful user interface, management system and extensive set of APIs, TITAN can easily integrate with any ecosystem, reducing time-to-market and OPEX.

“The project was experimental and very ambitious. Encoding being the heart of the transmission chain, we needed to rely on an experienced and reliable partner to make it successful,” said Pere VILA, director of technology and innovation at RTVE. “ATEME’s strong experience and the unrivalled efficiency in video compression made this complex encoding process very simple and easy to set up. Through ATEME’s dedicated efforts, we were able to successfully provide our viewers with an image quality four times superior to the current high definition standards. Regarding the sound, UHD format allows use of immersive technologies that, combined with the hyper-realistic image quality, make it the perfect vehicle for a show like opera or dance.”

Vincent PEDREGNO, sales manager for southern Europe at ATEME said: “Over the past years, ATEME has led the industry in public demonstrations of 4K and has become a point of reference for UHD. We are extremely proud that again our TITAN solution was deployed by a tier 1 broadcaster in Spain such as RTVE. This new success not only reinforces ATEME’s position as a front runner in the development and large adoption of 4K-UHD but also strengthens our position on the Spanish market which is one of our top priorities this year.” 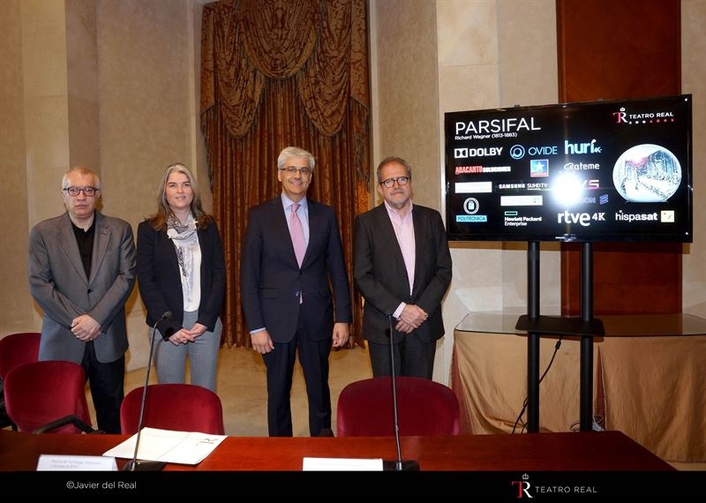