4K, MOIP and HDR on the agenda for Panasonic at IBC

Panasonic has strengthened its 4K line-up at IBC 2016, introducing a range of new products and updates including a new 4K production camcorder, developments in Media over IP technology and workflow improvements. 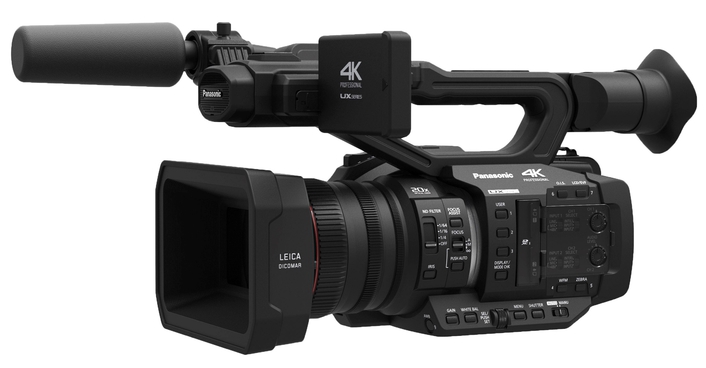 The VariCam Pure system is the latest addition to the company’s family of professional cinematography products and couples the existing VariCam 35 camera head with a new Codex V-RAW 2.0 recorder, enabling 4K uncompressed RAW acquisition, ideal for episodic television and features. 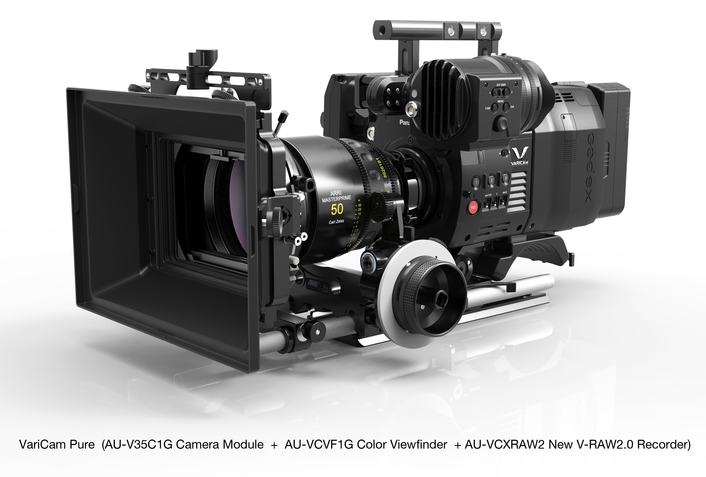 As well as the new hardware, Panasonic also announced a new firmware update for the VariCam LT. This adds the ability for RAW signal output via two 3G-SDI terminals to an external RAW recorder, at 4K or UHD 60p. RAW recording will be compatible with the Odyssey 7Q and 7Q+ from Convergent Design Inc. and the Atomos Inc. Shogun Inferno. The recorded CinemaDNG file is compatible with DaVinci Resolve 12.5.1, Drastic Media Reactor 5.04, and upcoming versions of major NLEs and grading systems.

A prototype 4K 360 degree real-time camera, designed for virtual reality viewing, is also showcased at IBC 2016. Featuring four cameras, synchronised to create a single 4K equi-rectangular image, the camera system has a camera head and a base unit with connecting cables. This enables real-time stitching and distribution of 360 degree images for a number of applications, such as stadiums or concerts, giving viewers the sense of being in the midst of the action. 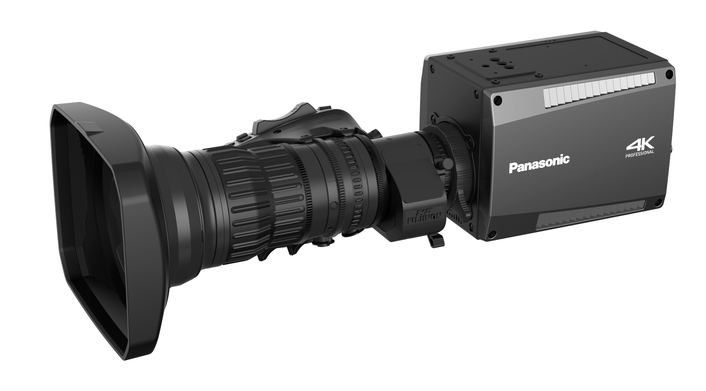 The final 4K innovation at the show sees a collaboration with Intel on a new expressP2 card reader. With Thunderbolt™ 3 offering 40Gbps data transfer, the AU-XPD3 can achieve amazing data transfer speeds providing a superfast workflow. It is planned for release around the first quarter of 2017. IBC 2016 also sees a demonstration of Panasonic’s Media over IP solution, using a newly-developed MoIP gateway for 4K and HD. It has the capability to deliver high definition Media over IP networks in nearly real time, sufficient for seamless video switching.

Meanwhile Avid® has announced complete integration with Panasonic’s AVC Ultra-LongG video format across its production workflow software. AVC Ultra-LongG is popular among news organisations and broadcasters around the world. Avid’s unique splicing capability of AVC Ultra-LongG streams is an industry first and allows for changes to be made to existing sequences without requiring a full re-encode upon playout. The complete end-to-end production workflow with Avid allows broadcasters to invest in the new camera platform without risking interruption of well-established operational practices.

“In addition to some really exciting product developments, Panasonic is making a commitment to lead the movement towards HDR within the video industry by supplying HDR-ready technology that supports this shift,” added Andre Meterian. “Both the Varicam 35 and Varicam LT for example have 14+ stops of latitude, which exceeds the dynamic range specifications required for HDR content delivery. For live broadcasts in HDR, we will ensure a smooth migration to HDR from the current SDR systems and make it possible for both SDR and HDR content to go out on air simultaneously.

“Panasonic is also working towards making Media over IP a reality across the broadcast industry by actively taking part in a number of activities to improve the interoperability of the technology. At IBC2016, Panasonic is joining the Joint Interop Demonstration in the Feature Zone in Hall8, where we would be demonstrating our SMPTE ST2110 (TR-03) and AMWA IS-04 (nmos) implementation. Panasonic will strive to help develop a common set of standards for effective MoIP broadcasting.”
Finally, Panasonic announced it will release a new 1.5-inch HD viewfinder this winter. The AJ-CVF50G is a newly developed display capable of continuous images without causing burn-in. It enables users to see the entire picture within the viewfinder at all times, even at a distance from the viewfinder. The AJ-CVF50G also has quick response making it suitable for recording sport events and features one-touch switching of monochrome and colour mode.