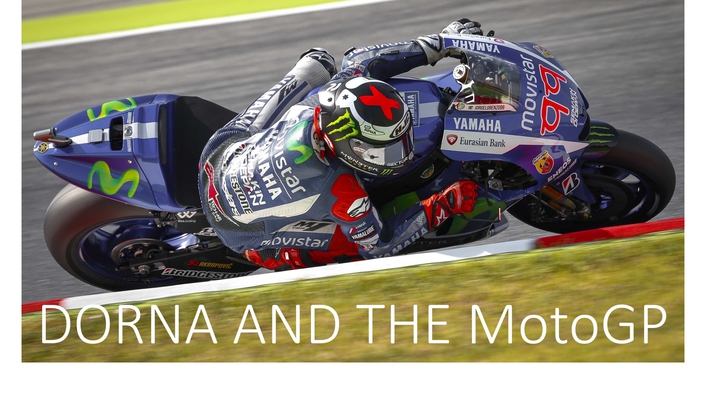 MotoGP is the pinnacle of motorcycle racing

With an unrivalled 62-year history of elite competition, MotoGP is the world’s premier motorcycling championship, comprising a nine-month, 18-round season, in 13 different countries, spanning 4 continents. Dating back to 1949, it is the oldest motorsport World Championship in existence. Since 1992 the commercial rights and the production of the international TV signals are owned by Dorna Sports SL, with the FIM remaining as the sport sanctioning body.

To all of the 18 race events around the world Dorna sends a team of more than 200 professionals to capture the race action and the drivers with 20 track feed cameras and 95! on-board cameras (up to four on each of the motor bikes). It was way back in 1985 at the MotoGP in Assen where the evolution of the onboard cameras started. Randy Mamola carried a 1,3kg system consisting of a 715g camera and a 610g control unit on board. He was hurtling around the track in excess of 200km/h and launched the camera into g-force history three decades ago and was happy to win the race.

Dorna Sports SL keenly invested in on-board technology in order to enhance the sport's TV coverage. There were several familiar milestones in the progression of MotoGP’s on-board camera development, but what sets its particular miniaturization and high-res-ification apart is the fact that each feat was accomplished in-house with a dedicated team of engineers who not only collaborated with, but provided crucial prototype testing on Sony RF cameras, Apple Final Cut Pro software, Canon and Fuji lenses, and probably a good deal of production, media streaming and plenty of other high-speed-racing video technology to arrive at a camera system weighting only 80g. 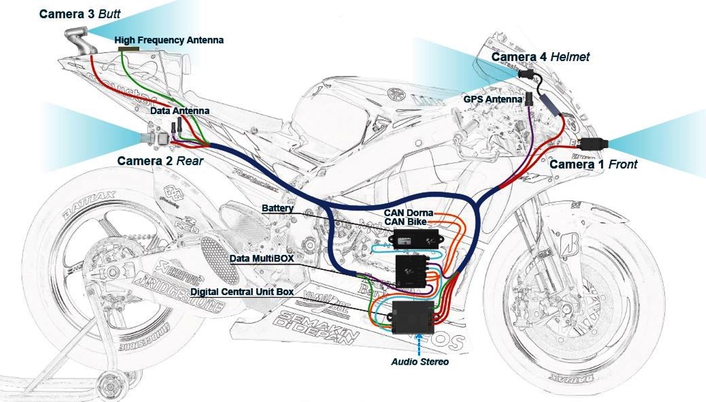 The riders are delivering premium racing and the team at Dorna understands that MotoGP is a sport heavily dependent on premium video coverage. Ultimately the team listens to the fans to understand what they want and talk a lot with the broadcasters and video manufactures. They also monitor other sport events to always keep not only up to date but also up to speed. 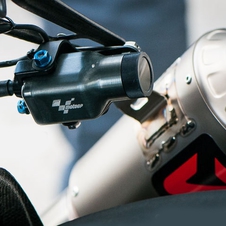 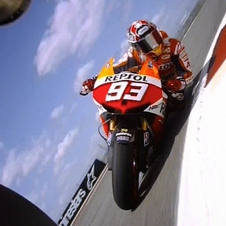 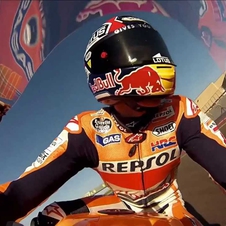 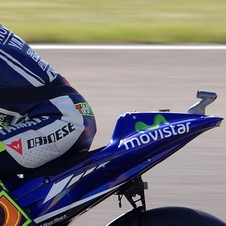 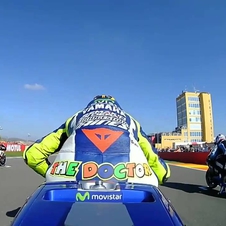 So what has the racing world learned from Dorna? There is actually much to envy about an organisation that invests heavily in R&D and sends 200 media personnel to each race. Engineering and television production was still outsourced when Dorna acquired the rights to MotoGP in 1992, but seeking an end to broadcast inconsistencies, it took all media operations in-house by 2000. Work at its Barcelona headquarters began in earnest to carve kilograms off cameras, halving their weight between 2002 and 2006 and then in partnership with Vislink/Gigawave doubling the number to four of the new lightweight cameras that could be mounted and controlled on each bike. 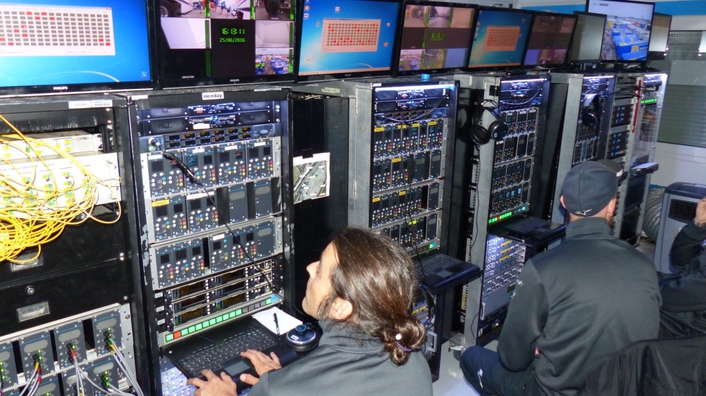 Control of the Wireless Cameras

It should be said that the motorcycles raced in MotoGP are akin to speeding computer arrays, since 2008 carrying a data module that transmits bike telemetry and actuates servos. And those crazy lean-angles, the ones that put riders’ knees and elbows on the ground as they make their way through a turn, were best captured by Dorna’s contribution to the gyroscopic camera world in 2010. 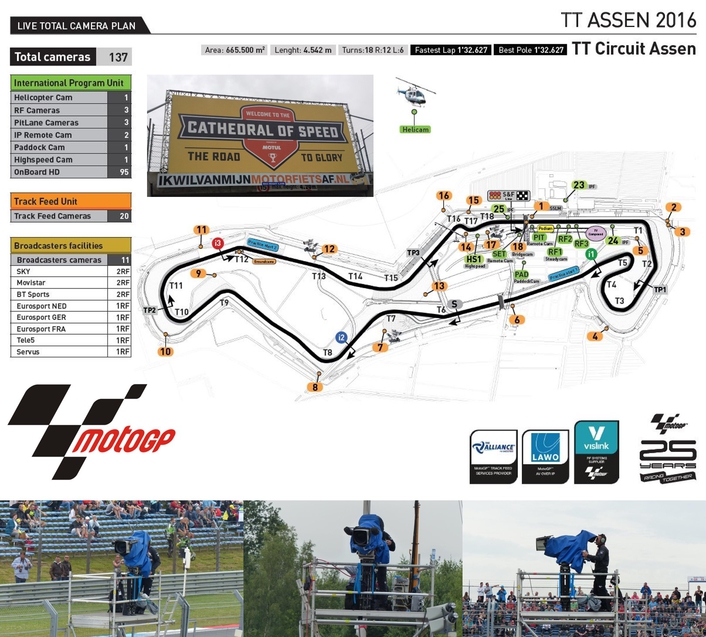 Camera Plan for MotoGP in Assen

Dorna has established a media language to produce motorsports, in terms of how fans experience the races in all aspects, the cut of the cameras, the language of the graphics, and how Dorna explains the elements of the race with the special camera angles. 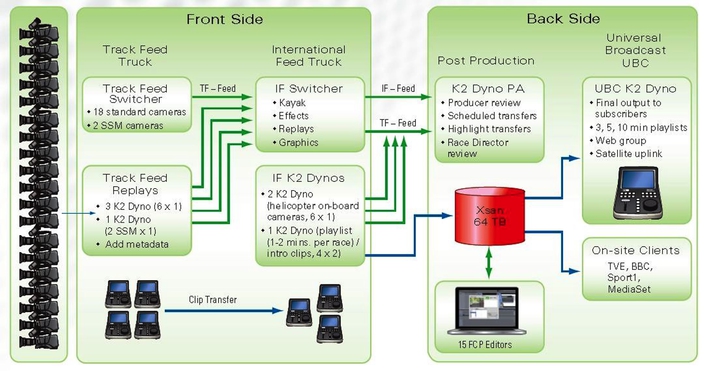 Today the coolest, whiz-bang MotoGP on-board is a proprietary 360-degree gyroscopic camera, first prototyped in 2014, and currently riding in an ongoing test phase, usually with the sport’s most beloved celebrity rider Valentino Rossi.

To optimie use of the 360-degree camera rotation within and separate from the gyroscopic action, Dorna is developing new software that will automate the tracking of other riders, requiring communication between both bikes. This development will take some time, notes Sergi Sendra Director of TV Production at Dorna. “Tell me how many times we will have somebody fighting to pass for more than one lap? If a rider is alone on the track, it’s a problem, because then we don’t have somebody to watch. It’s difficult to test something that only exists during the races.”

The Switch from analogue Audio and SDI to IP

Dorna’s most recent project is the transformation of a SDI production infrastructure to an IP production environment. For this innovative step Dorna relies on Lawo. Dorna has started this switchover by migrating the analogue audio infrastructure to IP. While in the past it was very complex to work with many audio signals, now in IP Dorna could open a new audio universe: Dorna has added sound movement to all graphic effects and is now able to add reverberation effects to bikes going faster than 300km/h. Beyond that Dorna is experimenting with including the sound of the knees rubbing the tarmac into the close-ups and super slow-motion images – all in 5.1 surround sound. 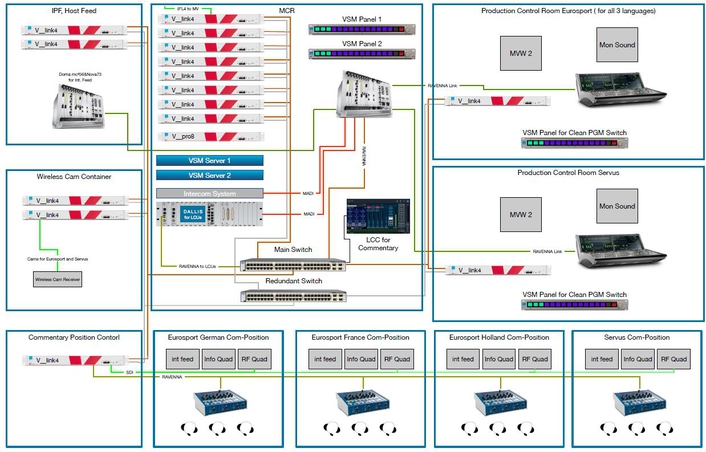 Following the success with IP audio, Dorna now has started to transfer SDI video to IP. The first steps were initiated prior to the 2016 kick-off race in Qatar on April 7. In close cooperation between the technical department of Dorna and Lawo it was decided to start with the integration of rights-holding broadcasters, in particular with Servus TV and Eurosport with its French, German and Dutch flavors into an IP based signal distribution network. It integrates video, audio, system control, KVM, intercom and communications into one operational internet browser. 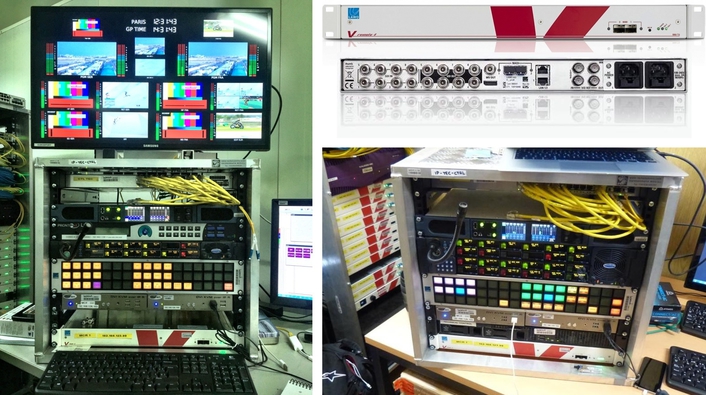 Sergi Sendra acknowledges: “Lawo is one of the most innovative companies I’ve found in the last few years.Lawo is investing in a technology that fits perfectly with the vision of the future we have at Dorna. Therefore we continue to work closely together on the realization of an IP based solution for the control of live signals.” 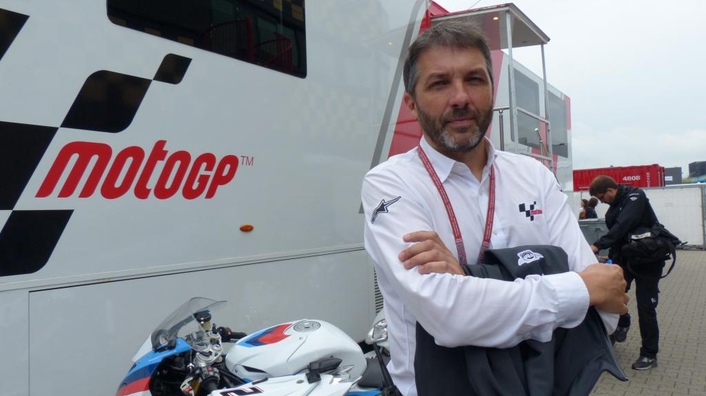 The system to produce the international signal of the MotoGP consists of about 140 cameras, a similar number of lines for the replays in slow-motion, super slow-motion and hyper slow-motion plus the various graphic lines to include speed, heartbeat and other information into the video signal. Currently the heart of the IP configuration is a Lawo Nova 73 audio router and two Arista 10GbE switchers controlled by two redundant Lawo VSM servers located in the master control room (MCR). This already is a much simpler and more versatile solution than the traditional SDI router which now is replaced by 21 Lawo V__link4s  for transport and processing of audio and video signals according to SMPTE2022-6. 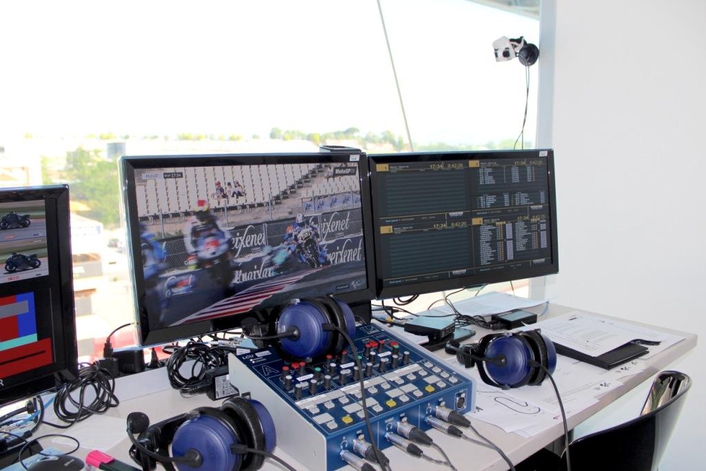 Asked about the confidence in a software based system, Sergi Sendri admits, “of course the matrix is a point of risk, but software based systems have become a part of our daily life, from the mobile to the fridge … software is everywhere,” and he continued, “in 1999 when we decided to create our own timing & scoring system we didn’t do more than employing a team of programmers at Dorna. From there we have started to develop countless software tools that have allowed us to improve graphics, our MAM and also management tools. Certainly there has been a communion between software and television. For this reason we should not be scared.” 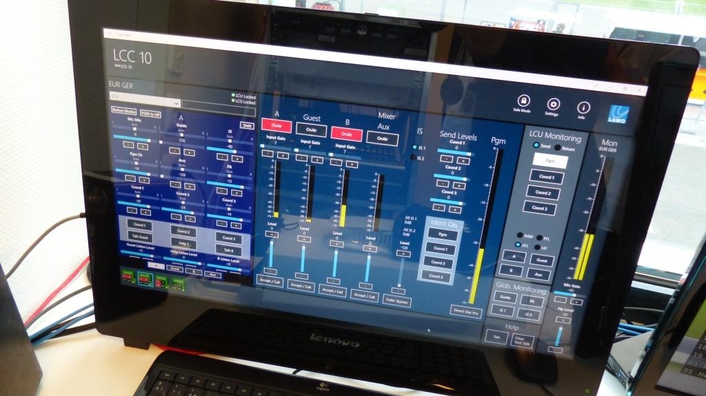 Already in September 2015 Dorna collaborated with BT Sports, its UK broadcasting partner, to produce live coverage of the Octo British Grand Prix at Silverstone in Ultra High Definition. The event marked the first time a MotoGP World Championship event was covered live in Ultra HD, with viewers of the BT Sport UHD channel having the exclusive experience of watching Qualifying on Saturday and the Races on Sunday in the 4K Ultra High Definition format. 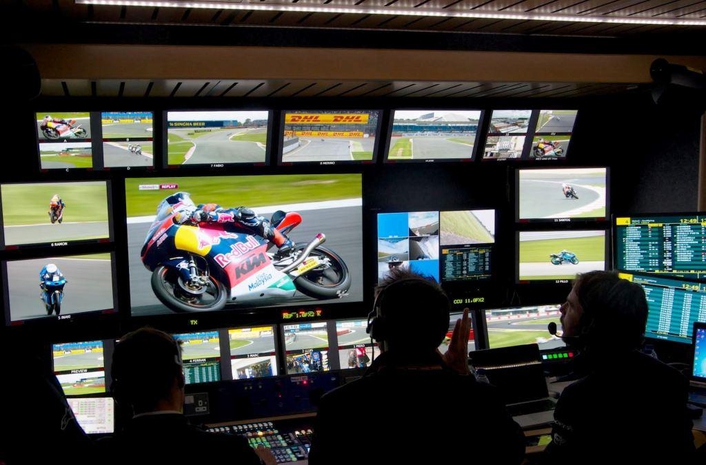 With 19 UHD cameras covering the Silverstone circuit, including a High Speed, Super Slow Motion Camera and the world´s first live wireless 4K cameras, provided by Vislink, BT Sport Ultra HD viewers were able to immerse themselves fully in the latest development of MotoGP TV coverage. The UHD coverage was in addition to Dorna Sports’ provision of the International Programme Feed in High Definition for all worldwide broadcasters. Over the weekend at Silverstone, there were more than 140 HD live cameras at the circuit, allowing for coverage from every angle. The addition of the Ultra HD cameras brought the total number of live cameras to 160, the largest amount ever seen at a MotoGP event.

Manel Arroyo, Managing Director, TV & Media Area Dorna Sports, said: “We are really pleased that we have reached a stage where the BT Sport and Dorna production teams are working together to deliver full coverage of the MotoGP in this new format. BT Sport is the first broadcasting partner to take advantage of 4K and Dorna Sports is excited to continue developing our Ultra High Definition offerings as more partners around the world adopt this format.