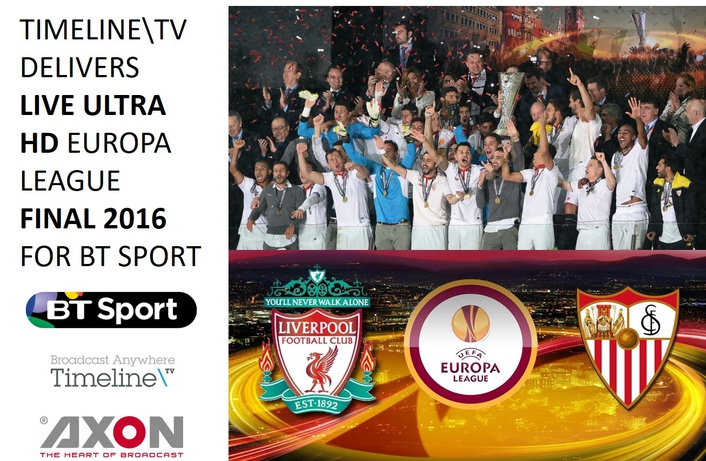 Since BT Sport launched its Ultra HD service in August 2015, the broadcaster’s custom-built Ultra HD vehicle has been at the heart of its game-changing live productions.  Designed and built in close collaboration with OB production partner Timeline Television, the truck – the first of its kind in Europe - has helped BT Sport deliver a range of live sporting events as an immersive cinematic experience to viewers across the UK, from Barclay’s Premiership football, Moto GP to more niche-interest sports such as international championship hockey and Speedway.

On 18 May 2016, the vehicle made its first live Ultra HD broadcast from mainland Europe, covering the highly anticipated UEFA Europa League final between Liverpool and two-time defending champions Seville from Basel Switzerland. In a fixture that saw the Spanish champions win 3-1 to become the first team to win the cup three times in a row, the match-day production was delivered with an innovative end-to-end Ultra HD workflow, featuring a number of pioneering technologies including a range of 4K signal processing, distribution and control tools from broadcast infrastructure specialist Axon. 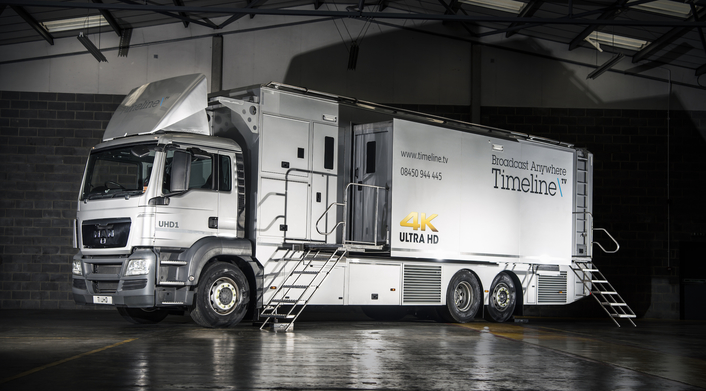 Embedding and line routing was intelligently managed by Axon’s Synapse Production Tool Boxes (U4T100 & U4T140), with a GDR416 card providing 4K signal distribution in the Timeline vehicle.  Developed by Axon in close cooperation with BT Sport, these tools ease the challenges of a 4-wire production setup by carrying Vanc and Hanc data such as time-code and embedded audio. The U4T140 also provides a Dolby© E encoder and decoder.

Other Axon Synapse modules deployed in the truck include 4K up-converters and down- converters. All other Synapse video processing units supplied are capable of handling 3Gb/s signals. A number of these video-processing modules have been executed with fibre-enabled I/O-panels, allowing conversion from video to fibre without the need of additional equipment. To handle Dolby© requirements in the truck, Axon also supplied the Synapse DEE28, a multi-format Dolby stream decoder and Dolby E encoder with voice-over module. 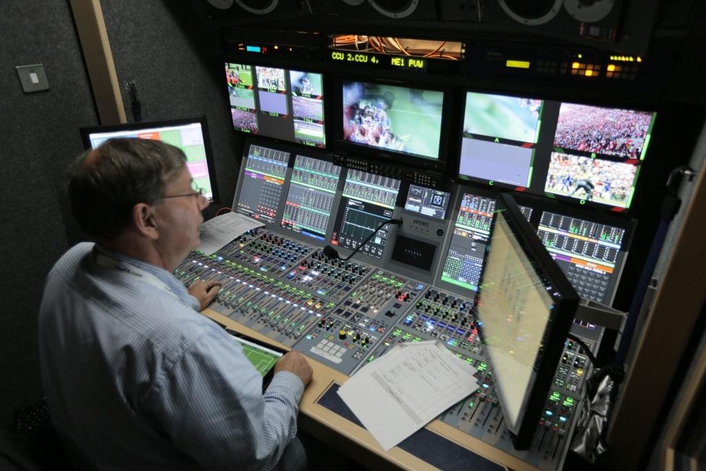 “We used Cerebrum to smoothly control all of the matrix, multi-viewers, tally, all of the glue and lots of other pieces in the production chain, all via 10-inch touch-screens,” explained Dan McDonnell, Managing Director Timeline Television. “It’s enabled us to do complicated routing with ease – just with a press of a button.”

Having confidence in a reliable broadcast infrastructure to support live productions has enabled operators to focus on their creative output and produce premium content for BT Sport’s subscribers.  They have been able to hone their skills and develop techniques to enhance the viewing experience.  And since Timeline’s first season of broadcasting in Ultra HD, the team has certainly learnt a lot. For example, additional detail of 4K capture enables different techniques to be used in filming live sport such as shooting wider with less cuts to allow viewers at home to watch a game seamlessly as if they were actually at the stadium. 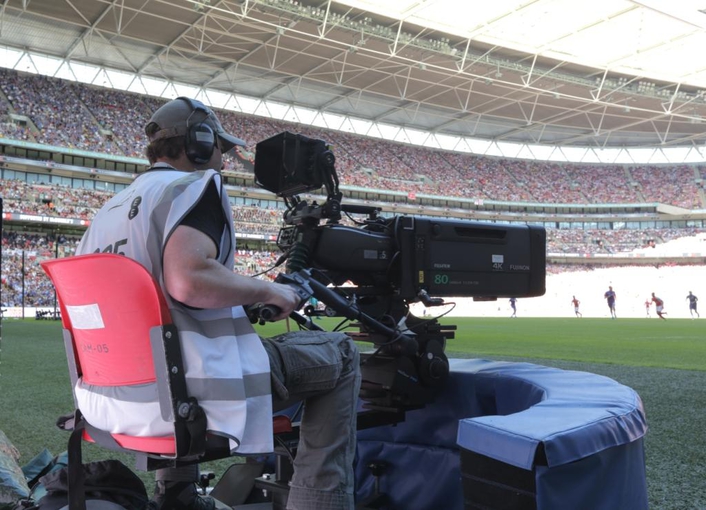 McDonnell concludes, “Timeline, in partnership with BT Sport, have been pushing the limits of 4K since we launched our Ultra HD OB truck ten months ago. We have worked with the finest manufacturers in the industry to find the best solutions to bring this technology to life and we’re delighted that the unit operated by our talented staff have enabled BT Sport viewers to experience these historical live football moments better than ever.” 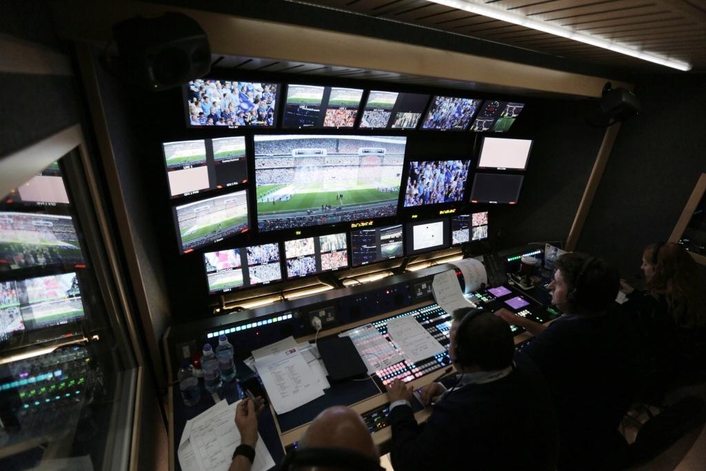 Following on from the UEFA Europa League Final, the Timeline vehicle has been busy on the road delivering Ultra HD coverage of other prestigious sporting events including The UEFA Champions League, Barclay’s Premier League matches, Women’s Super League, the FA Cup, Moto GP, the Community Shield.  Most recently it has been deployed to cover the Hockey Champions Trophy from London’s Lee Valley Hockey and Tennis Centre and later this summer the unit will be in action again at the 2016 Speedway World Cup race-off and final in Manchester.

With the market increasingly favourable to the 4K proposition and viewer demands for premium content delivered at the highest possible quality that in-home technology can display today, BT Sport and the Timeline team are set to continue driving live Ultra HD sports broadcast forward into the mainstream, with Axon infrastructure supporting them every step of the way.