CTV Takes Axon’s Cerebrum Back To The Open Golf Championship

Held at Royal Troon Golf Club in Scotland, this year’s tournament involved a change of broadcasters with the R&A appointing European Tour Productions (ETP) as host broadcaster, plus Sky Sports and NBC Sports. The changes, which were announced late in the day, meant that CTV had pull out all the stops to meet very tight deadlines.

“We effectively had one week to build a small broadcast village,” says Richard Morton, CTV’s Engineer in Charge. “In previous years we used OB trucks to deliver the live feed, but this year the scale of the facilities required was beyond the limits of a truck so instead we built a temporary broadcast centre with a main production gallery, a main submix and a super-iso/replay room for ETP’s world feed. There was also a main production gallery for NBC Sports, plus an iso/replay gallery and a main audio mix area.”

With more than 160 cameras on site, CTV had to monitor over 1,000 pictures at any one time. The task was so large that it required the installation of two Cerebrum systems – one for ETP and one for NBC Sports. These controlled two SAM hybrid routers, two large Calrec audio matrix, 22 Lawo V-Pro boxes, over 80 Evertz VIPs and two very large GV K-Frame switchers. The systems also handled feeds to numerous CTV OB trucks looking after other broadcasters. 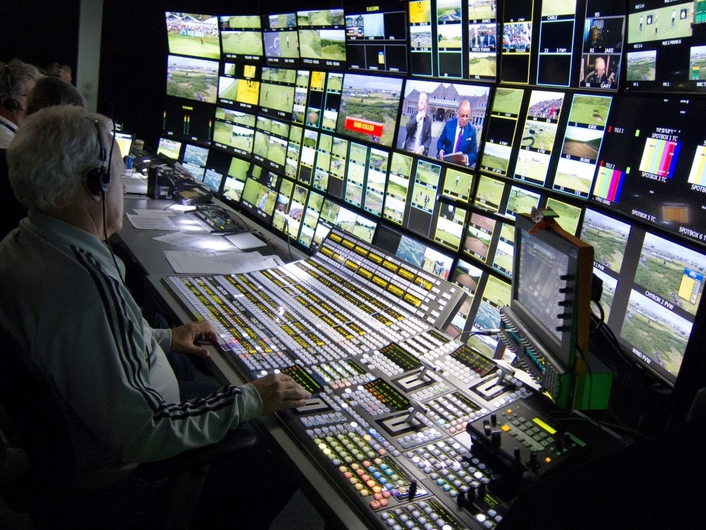 By acting as the nerve centre for all routing and linking together all the main broadcast equipment from numerous major manufacturers, Cerebrum enabled CTV to deliver a highly efficient workflow encompassing elements such as hybrid router control, tally, UMD, multi-viewers, monitoring, remote colour balance and the control of bunker cameras and Panasonic pan and tilt cameras.

“The broadcast was a huge success and a large part of that was down to the flexibility provided by Cerebrum,” Morton says. “Cerebrum's advanced functionality and broad range of features simplifies multi device control, making it very simple for multiple engineers to operate the system and give clients everything they asked for in a very short timeframe. Also, because we had two Cerebrum systems operating at once, we had built-in redundancy. Nothing did go wrong, but it was reassuring to know we had back up in the event of any problems.”

For this year’s Open, Axon also supplied 40 CCP-4200B panels with 42 high density buttons, which were specifically designed for CTV.

“These were fantastic because they allowed us to maximize the button density in our technical real estate,” Morton says. “We had over 150 EVS record channels running continuously, but with these panels our EVS operators could select every shot and every camera angle very quickly.” 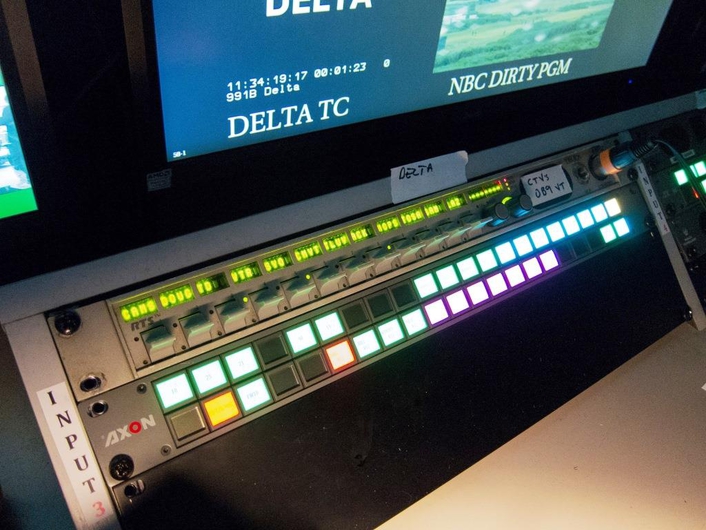 Morton adds that having a technology partner as responsive as Axon was a huge bonus. “Their R&D team managed to turn the panels round in just a few weeks,” he says. “We were really impressed by that.”

With new clients to satisfy, not to mention a TV audience of millions all around the world, CTV OB staff were understandably nervous prior to the start of this year’s Open in Troon. However, familiarity with Axon Cerebrum did help ease the nerves.

“We’ve got Cerebrum in our largest OB truck so we have a good understanding of the system and what it is capable of,” Morton says. “Also, we tested the water with Cerebrum at The Open last year and it performed really well, so we were very confident with our infrastructure.” 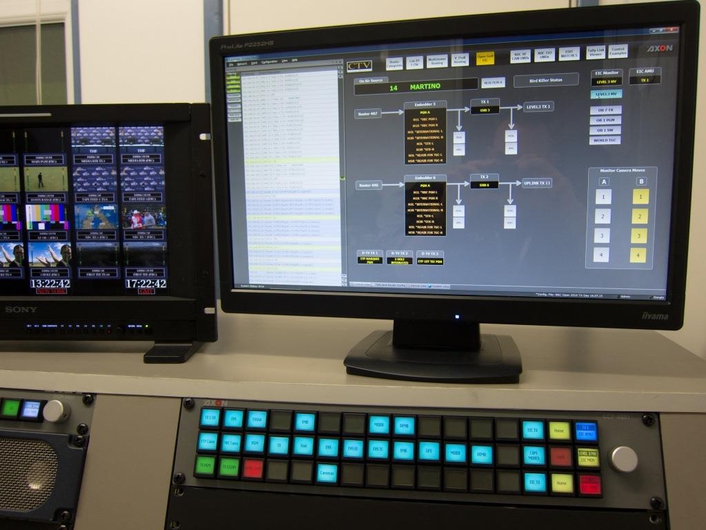 CTV OB is just one of a number of broadcast companies that are realizing the benefits that Cerebrum can bring to their productions. The system, which will be on show at IBC 2016 in September (stand 10.A21/B21), is fast becoming the control solution of choice for mobile production, news and studio live production, master control and remote production, with recent installations including eTV in South Africa, News UK's broadcast facilities in London and Metro TV in Indonesia.