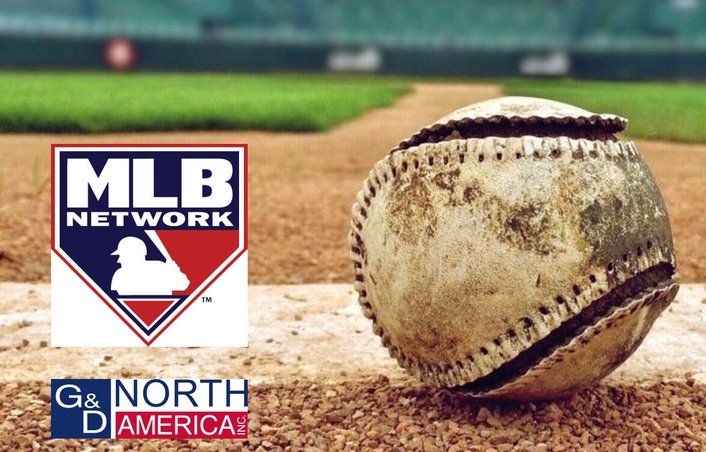 We are glad that we decided to invest in a G&D KVM system for our full KVM replacement solution. In addition to the system features and the product quality, we have enjoyed working with G&D. We have not only been treated as an important customer, G&D worked with us as a trusted partner on Phase One of the project. The sales team and the support team work in lock step and have answered all our questions about the G&D systems in a prompt and accurate manner. The support during the planning and implementation phases was impressive. - Steven Rittenberg, Director of Engineering

MLB Network, the 24/7 cable TV network dedicated to baseball, is operating two G&D matrix systems in its headquarters in Secaucus, New Jersey. The Control Center-Digital frames have a size of up to 288 (CCD 288) and up to 160 (CCD160) dynamic ports.

MLB Network replaced parts of its older analog KVM system with G&D‘s
ControlCenter-Digital, delivering added flexibility due to an increase in ports coupled with G&D’s dynamic port system. In 2017, MLB Network will complete a facility-wide KVM conversion to G&D. 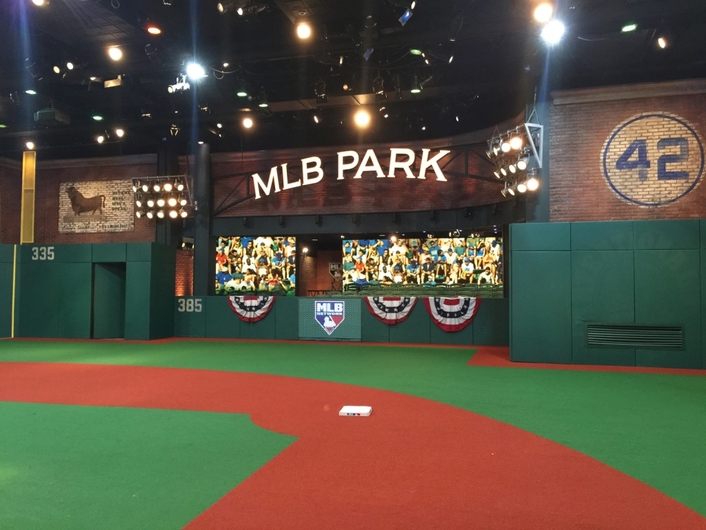 MLB Network now has the option to configure its individual KVM workplaces with either cascading or a bi-directional connection of the CCD systems allowing easy expansion of its KVM infrastructure. Important criteria for MLB Network’s new KVM system included general product quality, the option for expansion, low latency, fast switching speed, and high video quality. G&D offers high-end KVM systems that fulfill all of these requirements and specifications.

MLB Network is now working with a mix of DP, DVI and VGA servers connected to the Control Center Digital matrix frames.  The CPU units have either individual power supplies or are connected to a central power supply unit (MultiPower-12 for up to 12 x G&D CPU module).

On the operator side, MLB Network decided to make use of mainly DVI and DP operator units (DVI-CON and DP-CON). 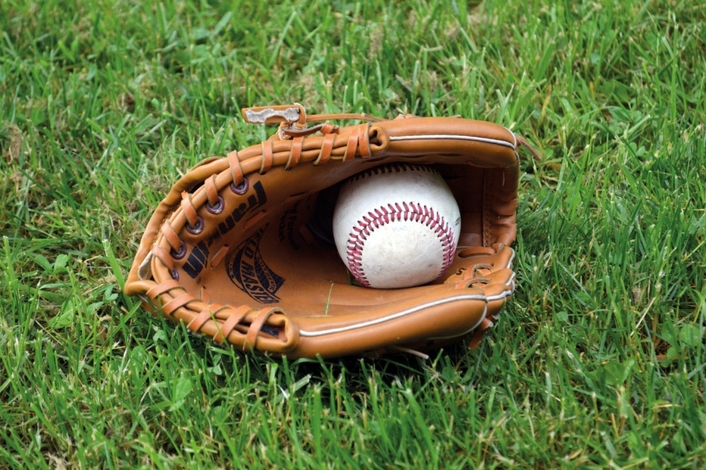 Customer
MLB Network is the ultimate television destination for baseball fans, featuring the multiple Emmy Award-winning MLB Tonight, live regular season and Postseason game telecasts, original programming, highlights, and insights and analysis from the best in the business. MLB Network debuted in 50 million homes, is currently distributed in approximately 68 million homes throughout the U.S., Canada and Puerto Rico, and is available for live, authenticated streaming via MLB.com AT Bat and MLBNetwork.com. For more information and to find MLB Network in your area, go to www.MLBNetwork.com. 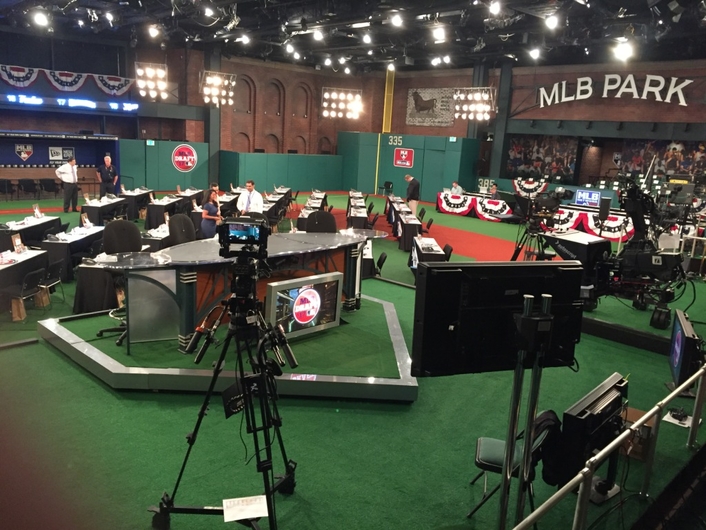 Since MLB Network had to connect servers and operators in different physical locations from the matrix switches, the ability to mix CAT-x and fiber optical cards in the matrix frame became important. The modularity of the G&D system gives MLB Network the option to expand its (KVM) installation step by step. Since the re-design of MLB Network’s KVM infrastructure was complex, the flexibility of G&D‘s CCD matrix series was a perfect match for short and long term needs. 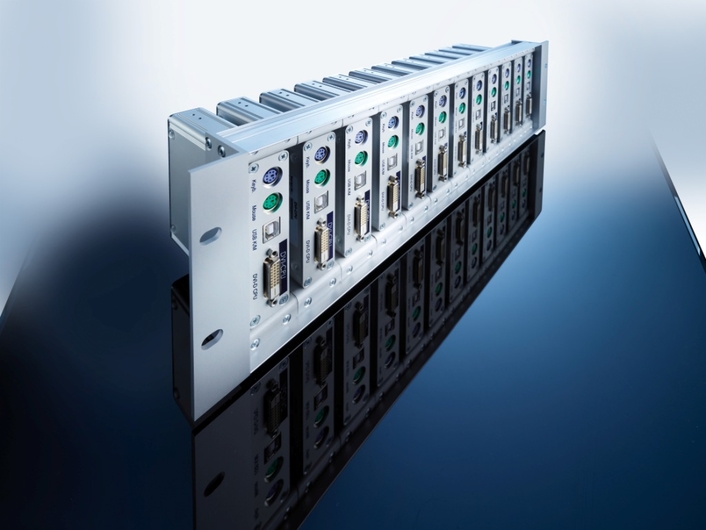 To accommodate potential future growth in infrastructure, MLB Network is planning to implement G&D‘s KVM Matrix-Grid™ function for bi-directional access between different matrix frames. This will enable the network to interconnect CCD matrix frames that are installed on different locations within its facility, as if working in a virtual super matrix system.

It did not take us long to understand how the system configuration works. Each operator and server module has an individual ID, therefore each module is listed as CPU or CON unit on the web interface. Even an operator or system administrator who has no experience with G&D systems can easily figure out how they work. During the installation process, G&D‘s U.S. Sales and technical support provided information and assistance directly.- Jordan Smith, Engineering Manager

The fully meshed network provides the maximum of accesses between individual matrices. In a later step the system automatically takes over the routing of KVM signals by selecting the ideal path through the grid. 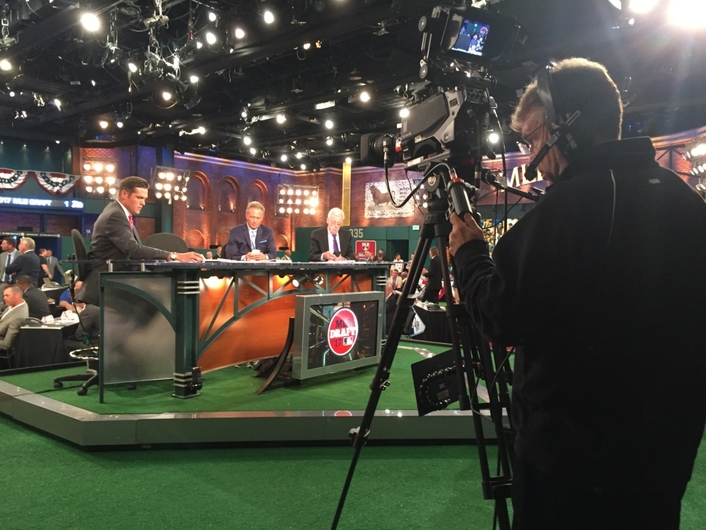 The origin of today's baseball goes back to the middle of the 19th century and took place mainly in the USA where the game is extremely popular. Baseball games are usually celebrated as big events for the entire family and great happenings.

Baseball is played between two teams with nine players on each team. The teams change between defense and offense. A game lasts for nine innings and the team with the most runs at the end of the game wins.

The playing field is made of an infield, which is defined by four bases that form a square, and an outfield. The offense team tries to reach each of the four bases by rounding the infield. For this, the batter (offense) first stands on home plate and tries to hit the ball the pitcher (defense) throws from the center of the infield. If this action is successful and the ball is returned to the playing field, the offense player becomes the runner and has to run to the first base. Meanwhile, the defense players are trying to get the ball under control. If the defense catches the ball before the runner reaches the next base, the player of the offense is out of the game. A flyout occurs when the defense team catches the ball in flight before it hits the ground. 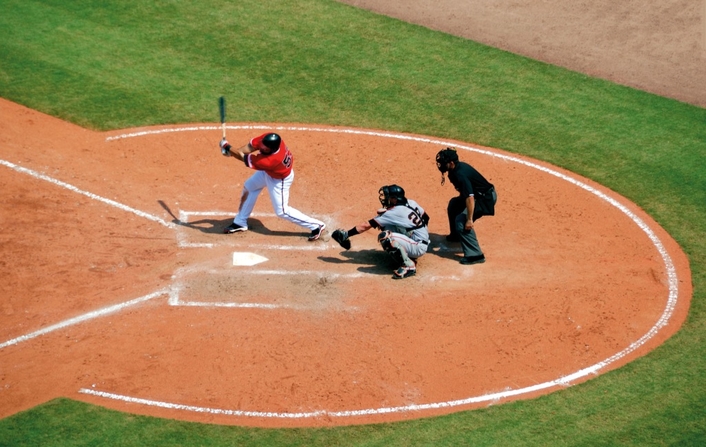